After much bullying from my family 😉 I relented and agreed to do a highlight film for my cousin Gabi’s wedding to James yesterday. I really hate filming weddings. Like going to them. Hate filming them for the very simple reason that they are the hardest thing in the world to do, especially on your own. Also filming for family is not ideal. Especially if you f**k up!

Now, if anyone knows me I have the most complete and utter respect for anyone who shoots weddings for a living. I know many of them due to my work with RE:Frame and recently my speaking engagements at WEVA. In fact next week I go to San Francisco to do a shooting workshop for the latest Re:Frame. Now, I have now done 5 in my career. All for family and friends. Never commercially. Two were wonderful fun as they were for my best friend and the other was for my dad’s best friend in Majorca. Although the one for my best friend I put the most ridiculous amount of effort into both the shooting and video. I had 6 cameras on the ceremony but was doing it all on my own and the edit took about 140 hours of very hard graft but it was epic, funny and more importantly they adored it. But for those people who do it every weekend. Wow, how do you do it? How do you keep the energy, the enthusiasm? How do you cope with no second takes? How do you cope with the enormous pressure you are under? Some of the work I see from people like Joe Simon, Kevin Shahanian, Jason Magbanua, Still Motion and many others blows me away. They are truly beautiful films. But real.

All the shots on this blog are still frame grabs from the 1080p video of the Canon 7D. None of them are graded (which most need doing) just straight out of the camera. It will be very easy to tweak the balance, exposure, saturation etc with Magic Bullet Looks and make all the shots below look really great. You can look at some very simply tweaked versions of the below grabs here done just in iphoto in 2 minutes.

I didn’t get off to the best of starts for sure. I was doing an appearance at The Flash Centre to talk about the 7D in the morning and as soon as I wrapped there I zoomed to Essex to be there for 130pm (they were getting married on a Thursday as it was anniversary of when they first went out). Trouble is London traffic was hell and it took me about 3 hours to do a 45 minutes journey. I arrived just as the Bride was waiting to go in. NOT A GOOD START.

So obviously I was very stressed. I had with my 2 7Ds and my JVC HM100. One Miller DS20 a monopod and my Zacuto tactical shooter. The plan was to shoot the long talky bits on the JVC and the rest on the 7D. Problem is with no time to set up and no recce I knew as I as soon as I walked in that the JVC was a big no-no. My god it was a dark room with sod all lighting! So it was JVC back in the bag and the two 7D’s out. As I was doing just a short highlight film I wasn’t too stressed about sound but I still wanted some half decent stuff. Not going to happen here. At this point, no time to stick a LAV on the groom (no time to even say hello to my family!), no table to stick anything on and not just that, a baby cried very loudly the whole way through! I kept the tripod 7D on a 24 f1.4 as a wide-ish shot (I was very close to them) and the second 7D on a monopod doing tights, cutaways etc. The main camera has the RODE Stereo Mic on top. Don’t know what was wrong but the sound it recorded was very very low level. Disappointed. Need to look into that. Problem with 7D, no way to monitor sound being recorded. Well I got some nice shots and was utterly thankful I had the 7D. HOW DO PEOPLE WITHOUT THEM SHOOT WEDDING IN THE DARKEST ROOMS KNOWN TO MANKIND WITHOUT LIGHTING THEM?!!? Answer me please? There is no way I would film in a location like that for one of my professional gigs without lighting it, and that would have taken a lot of time to do. That is where the DSLRs come in so handy. 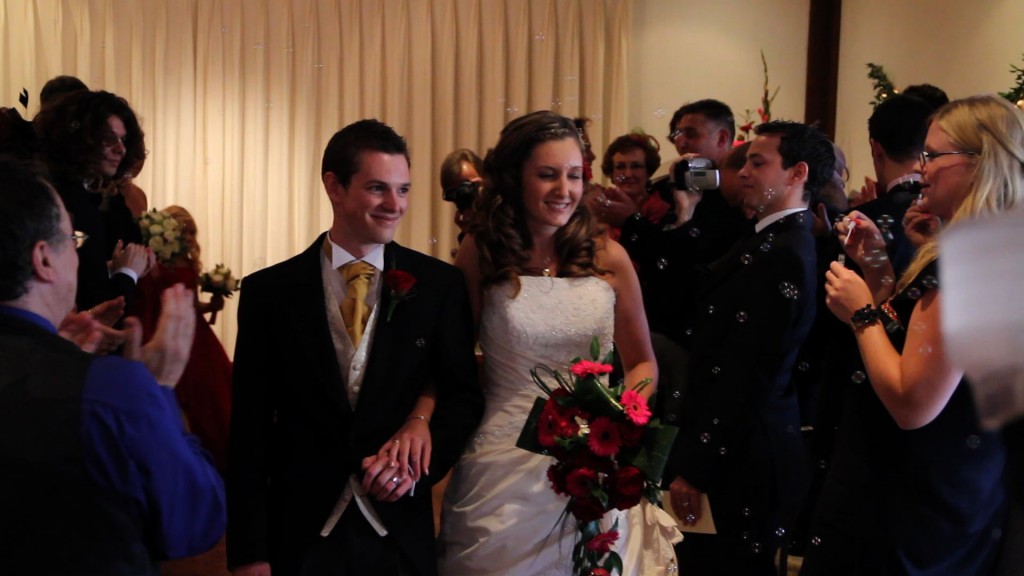 I then knocked off some shots during the mingling, photos etc using the Zacuto Tactical and a variety of lenses. Some primes with fader ND on for extreme Shallow DOF. My tilt shift and many others. 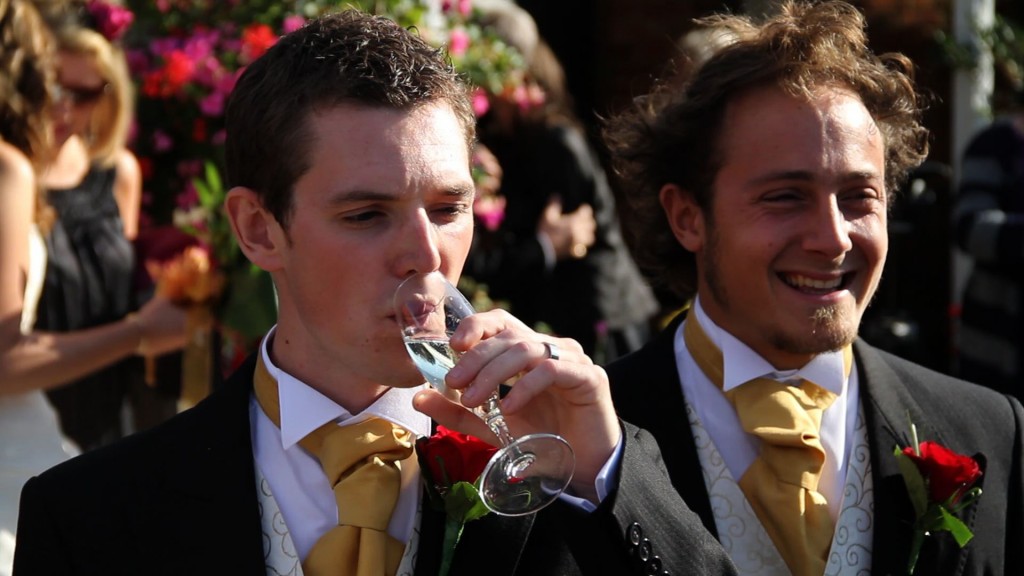 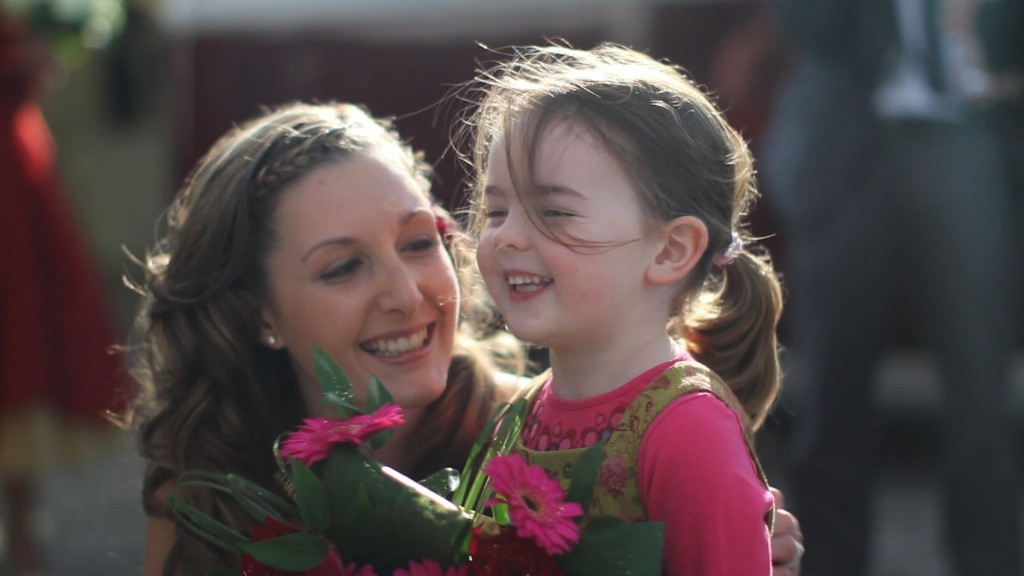 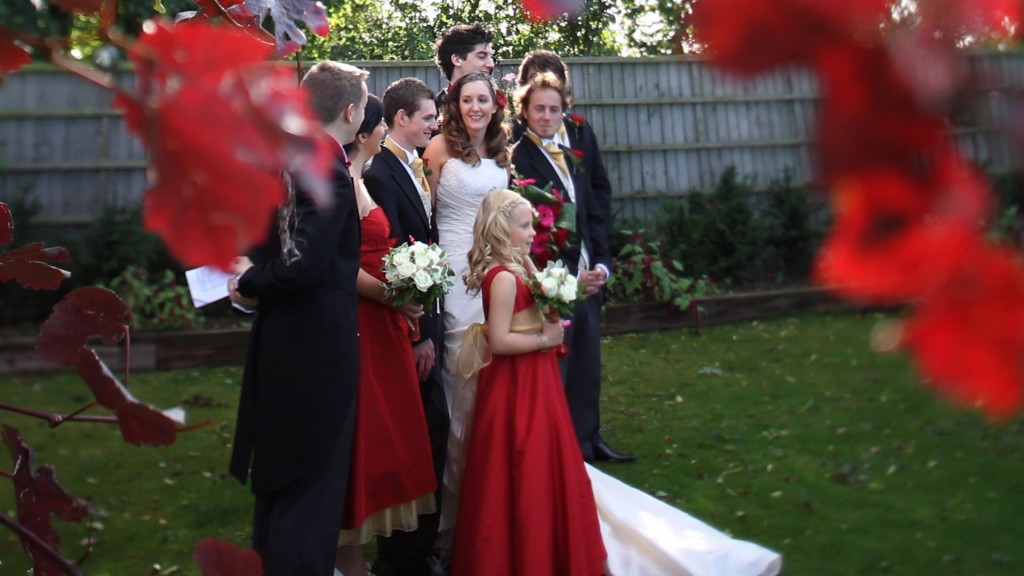 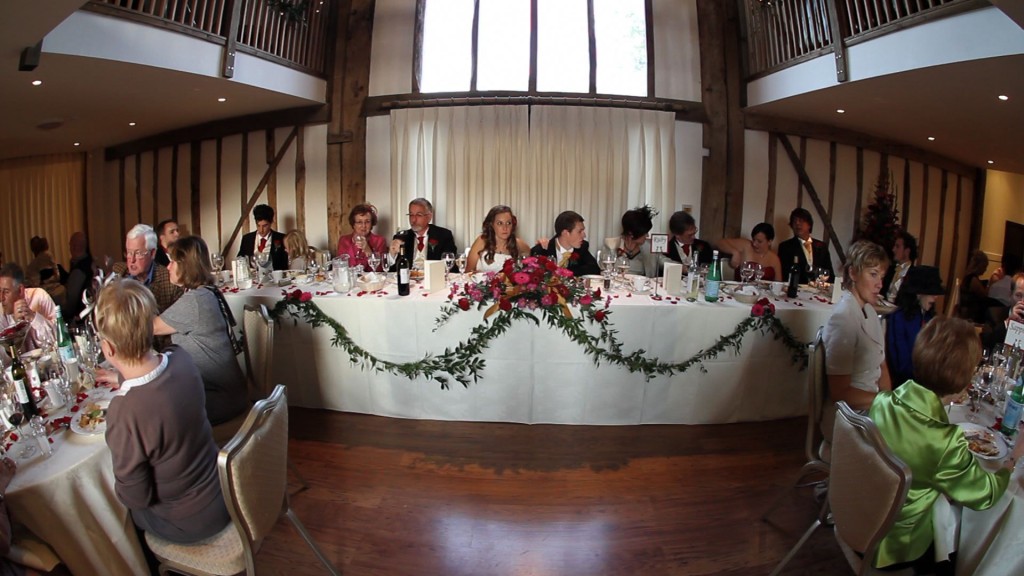 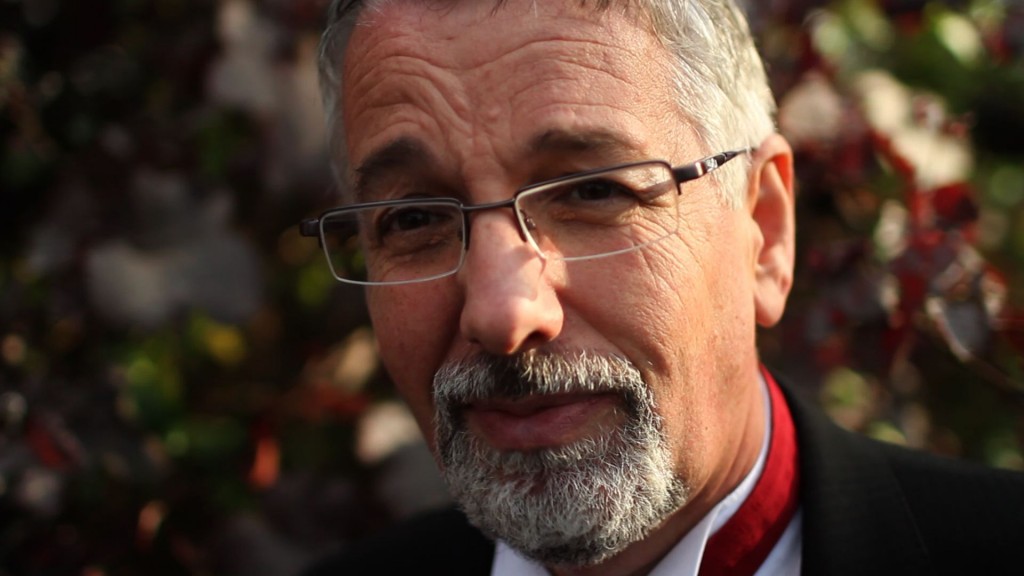 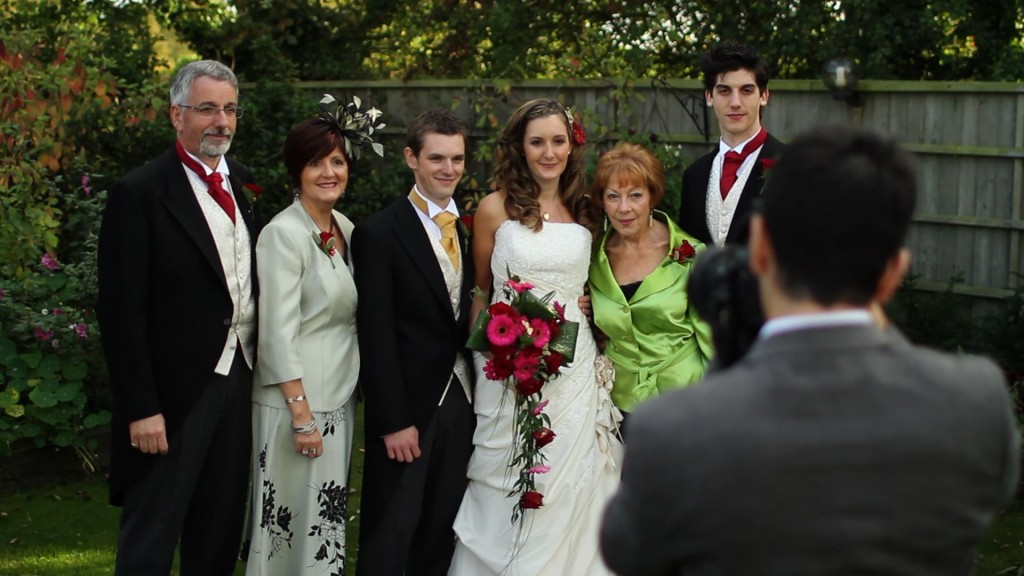 When I was at WEVA people were asking me could they shoot weddings entirely on a 5dMKii/ 7D. I was emphatically no as I thought it would be too much off a pain in the backside with sound issues etc but my view has completely 180 degree turned around, so long as there are two of you though. The sound is not a big deal. Get a Zoom H4n (amazon link on the right), some wireless lavs and you are all set. For the speeches I used the Zoom H4N internal mics and the results were really good. Yes, if I had a second person then I would get each speaker to wear a mic but I was on my own so that was too fiddly. The low light again in the room made using the 7D a must. I was on the 70-200 at f2.8 and 1600 ISO, the max I would normally use for my PRO DSLR work. For weddings I would go to 3200 ISO as the noise would be acceptable if it meant getting the shot. It was a bit underexposed but nothing Magic Bullet couldn’t fix. I would rather underexpose a little and fix in post than jump up to ISO 3200 and have loads of noise. Much cleaner to underexpose and grade up.

I also had a lot of fun with the second 7D doing some timelapses. I did three inside during the dinner which were very cool and two outside which you can see below…I LOVE DSLR TIMELAPSE. The creative options it opens up are amazing.

Could I have done this on a video camera? Yes, but it would have looked rubbish! WAY too dark for most locations! Could I have done it on one 7d? Probably but I always like a cutaway camera, gets you out of all sorts of holes.

So how you are asking do I get past the 12 minute record time issue on 7d? Easy, i button off at a moment I can live without and quickly button on again, but this is where a second person comes in handy. If that second camera is locked off doing a wide you need to remember to go back and make sure it doesn’t stop at 12 minutes.

So yes, limitations. The sound being the main one, but the plusses are huge. The low light really made the world of difference for me yesterday. Without the 7D, I would have shot some really quite awful video!

So 5dmkII/ 7D for weddings. Absolutely. Once you get used to them I don’t think you will go back.

If you want to talk about convergence then I am not for it on these occasions. Stills and video are two very different beasts and if you want to do both then both will suffer. You need to concentrate on one or the other. You can take a still whilst rolling, the video will pause whilst the still is taken, but this is far from ideal. NOW, if the Scarlet is all it’s cracked up to be then maybe a 4k or 5k Scarlet could be a terrific convergence camera. You could just concentrate on video and lift frame grabs for the stills and they would be brilliant, more reportage mostly unless you did very posed video but I can certainly see that possibility happening.

Will I be shooting a wedding again? Probably, at some point but I would rather not! I am sure some friend or family member will blackmail me into it! But what I am doing in December is taking the stills for my friend’s wedding in Scotland. Shooting with 5dmkII reignited my love for taking stills so I am actually looking forward to it, especially as she wants reportage. No big group photos with every combination known to man being done of guests….”OK, now we want Bride and Groom with everyone who has had a curry in the past two weeks” etc…

What do you lot think, will we see Scarlet impacting on the wedding market? Are you a wedding shooter who used DSLRs exclusively? Let me know and more below!!