Photos from first ever London DSLR timelapse meet up! Post your footage here!

It’s 0411 and I really should be asleep. But I just wanted to publish these photos and let everyone who came down to the first ever London DSLR timelapse meet up that we held under the railway bridge on the South Bank as it was raining. Because we were all huddled under the bridge I have named it the “hobo DSLR meet up”!

It was re-scheduled after terrible rain last week and today was not much better but we pressed on and found a dry spot. Over 100 people turned up which was terrific and I showed as many people who asked how to do timelapse and specifically how to do HDR timelapse.

Security did turn up and they didn’t know what to do with us! They can cope just fine with 1 or 2 people to move on but a flash mob of 100 people with tripods left them a bit out of their depth! I spoke to them and said we were not here professionally just for fun. Security guy said he was concerned about all the “stands” and then kind of disappeared!

If you came along post your footage in this vimeo group then I will embed it here!

Here on flickr are the photos of some of people who came along, I didn’t get a chance to shoot everyone, using my lovely Fuji X100 and below that is a still frame from my HDR tone mapped timelapse using my Nikon D3S and Sigma 14mm!

You can see the slideshow photos bigger on my Flickr page and also download them there too! 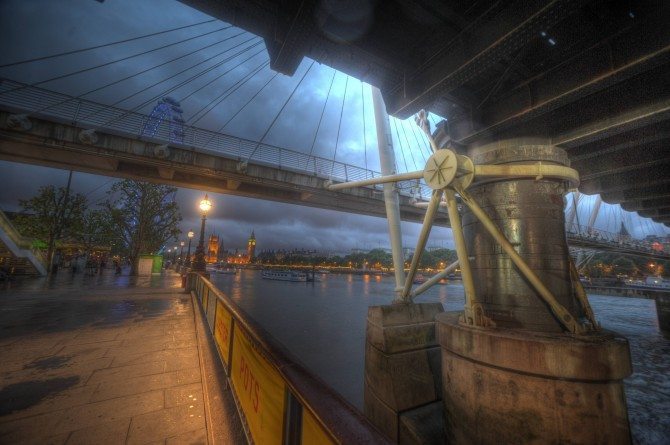 Created with flickr slideshow from softsea.
Photos by Pete Smith

Here are some of the results!!