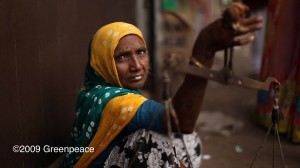 I am once again on my travels…this time I am in Delhi, India. Shooting a commercial/ mini Doc for Greenpeace based out of Amsterdam. It’s to go in the ad breaks of CNN, Al Jazeera and National Geographic. The plan is to have a series of case studies highlighting how climate change is affecting different countries and people around the world. This is the first one and it’s all about the effect on the big urban cities.

Lucy Campbell-Jackson from Greenpeace is the director, Prajna Khanna is the producer and I have my twitter buddy Guarav Sharma as my assistant as well as his friend and fellow 5d owner Umesh

We’re here for a week and so far today we have just shot B-Roll. We went into Old Delhi and into the Spice Market. Wow that was pungent! We went up into one of the shops to get a top shot and we walked through where they were bagging all the spices, I actually felt quite dizzy and sick it was so overpowering!

Once again I am shooting on the Canon 5dmkII. Popular camera this…I get asked a lot for it! I like shooting with it, great pics and small, but the limitations and frustrations still get to me a bit. Loved to do some nice timelapse or overcranking but that’s a no go with the 5d. You can shoot stills for timelapse but that’s a pain for the client.

Here are a few frame grabs from today’s B-Roll… (all straight out of the camera, no grading) 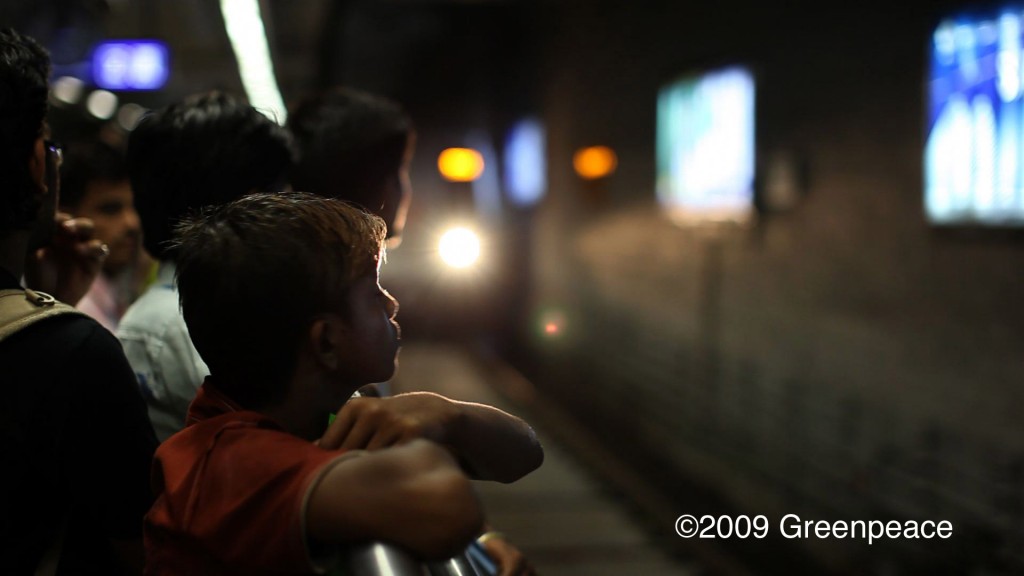 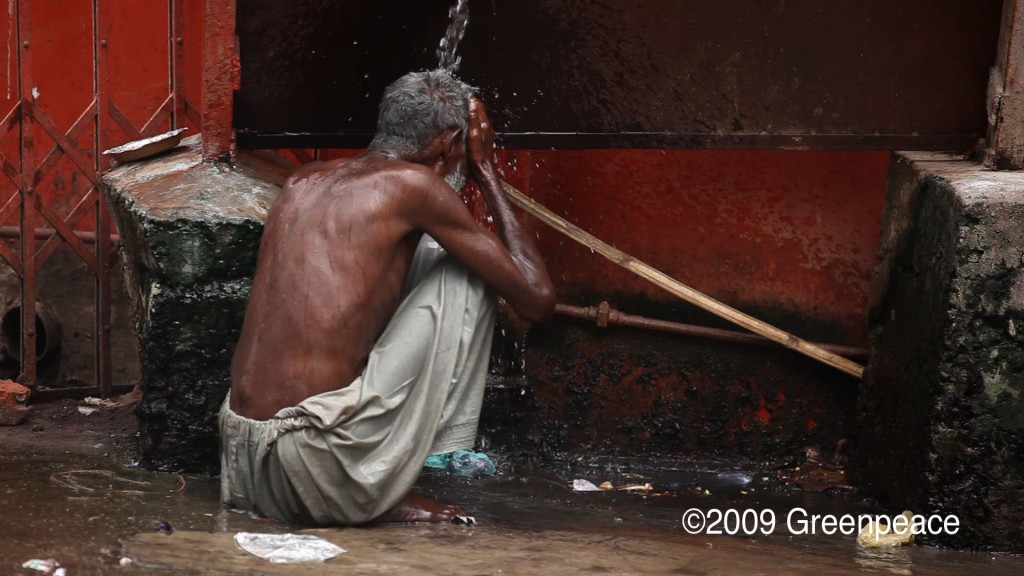 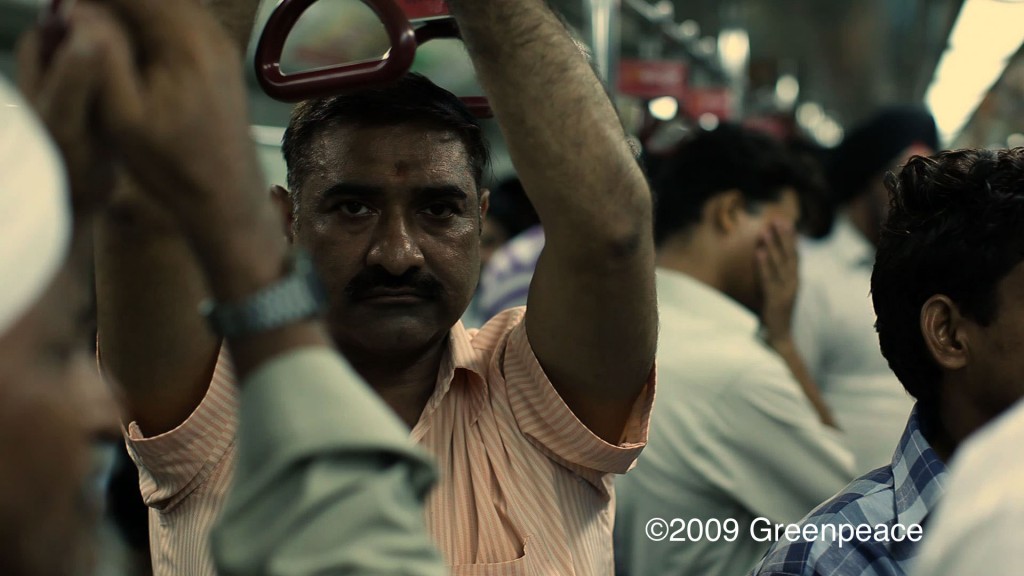 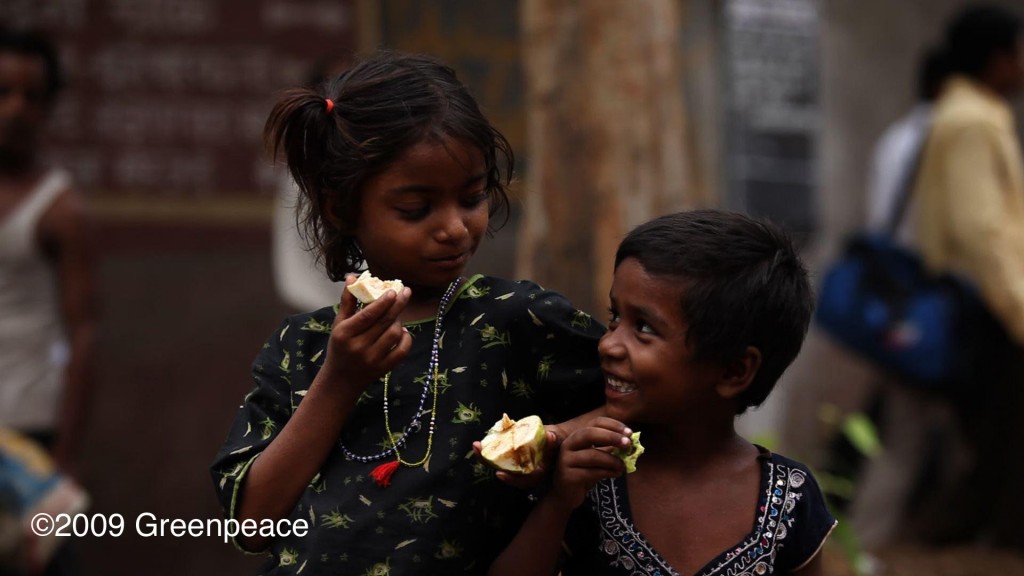 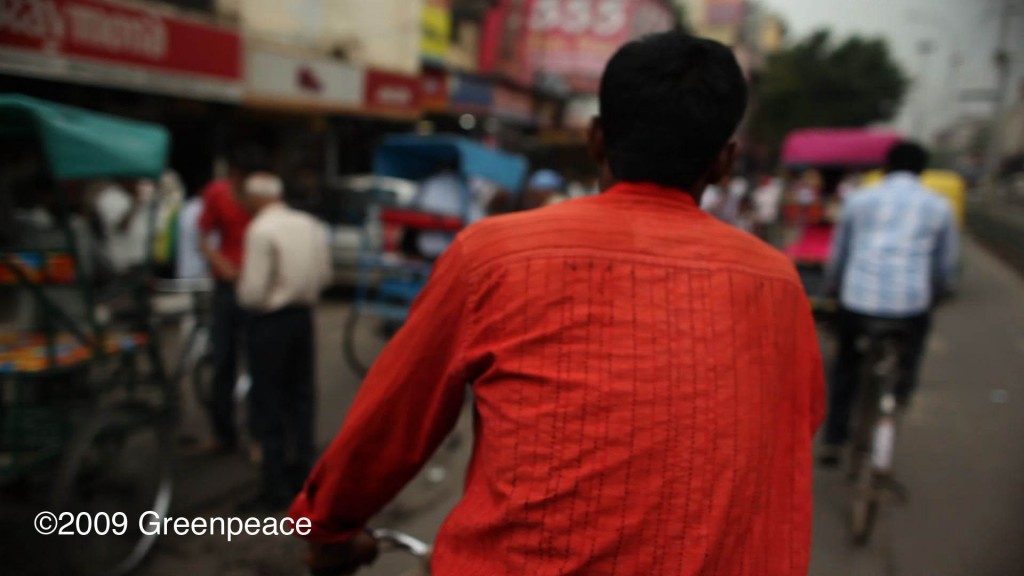 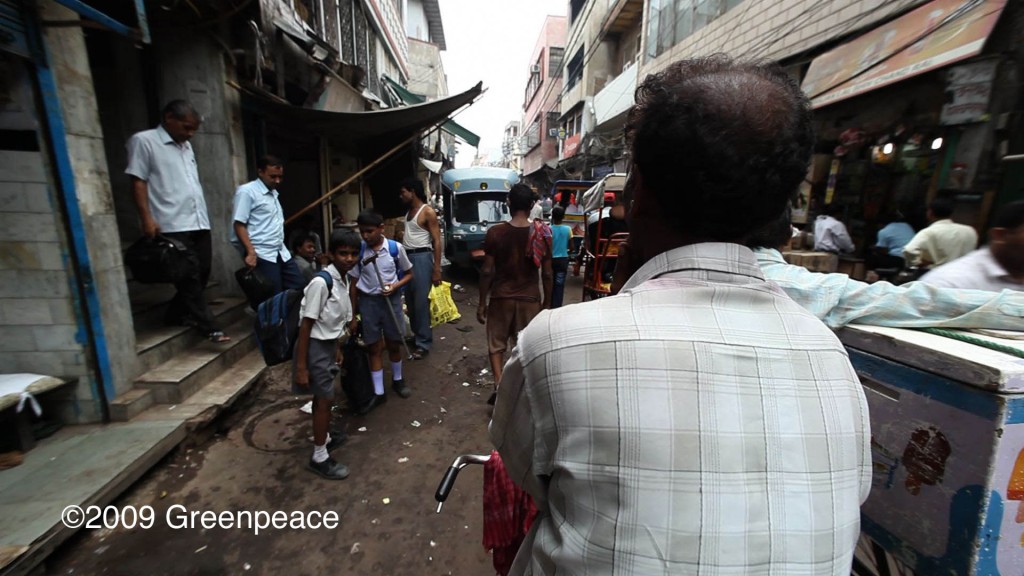 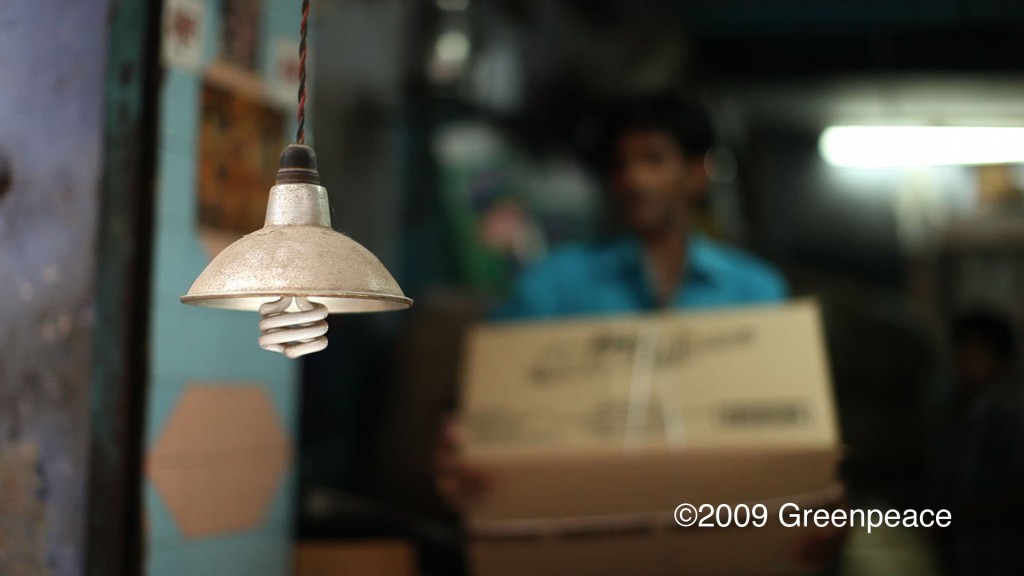 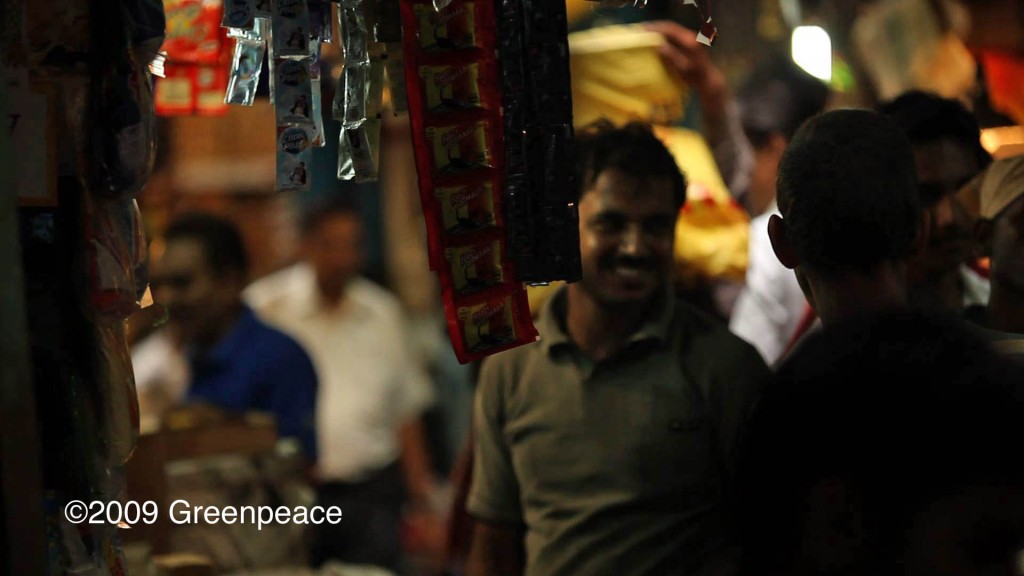 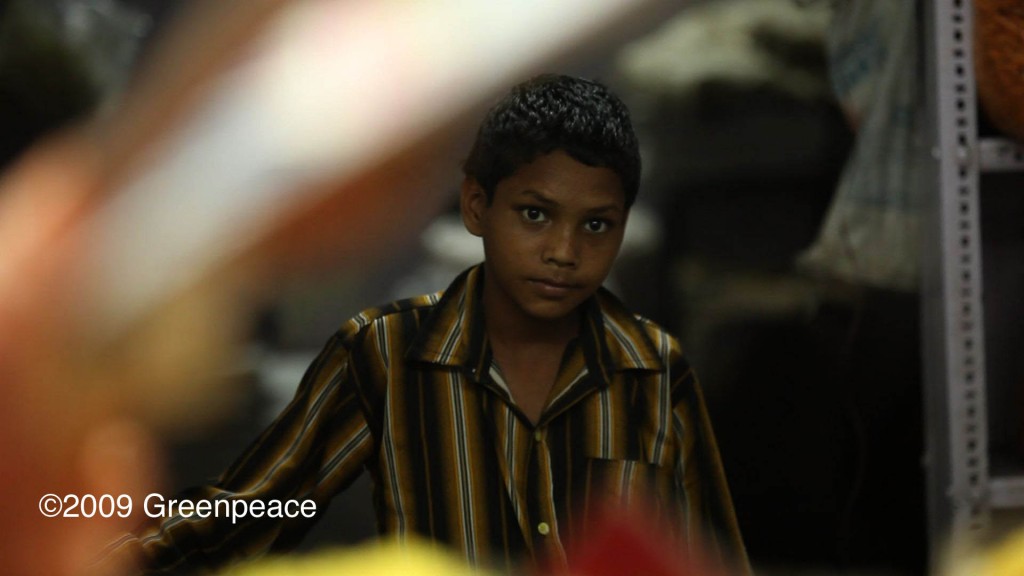 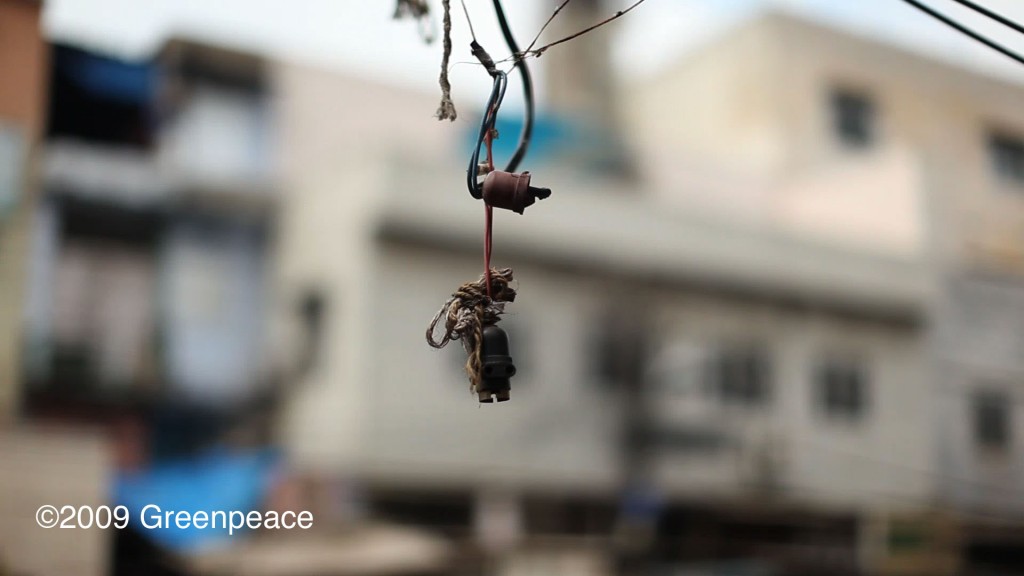 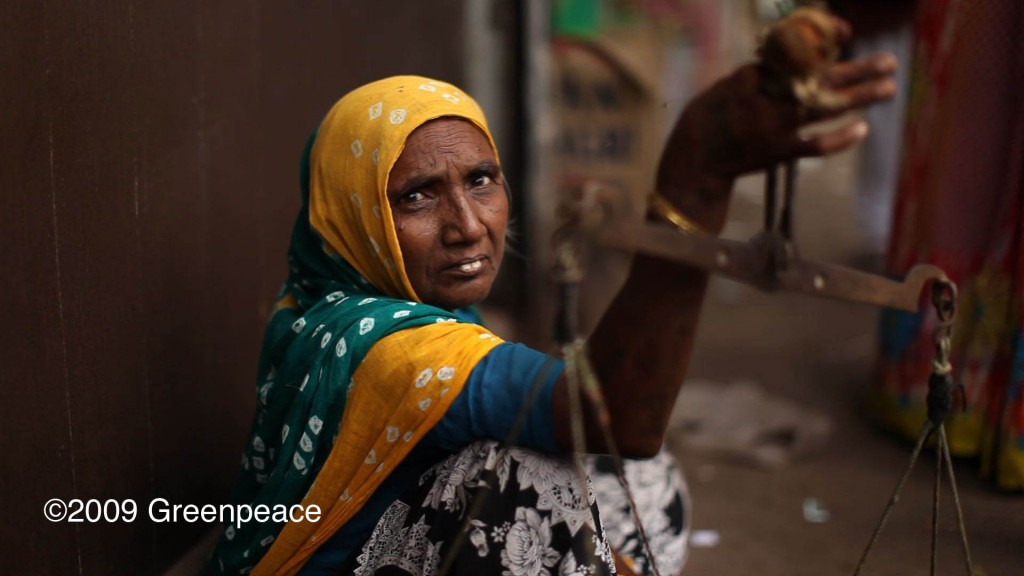 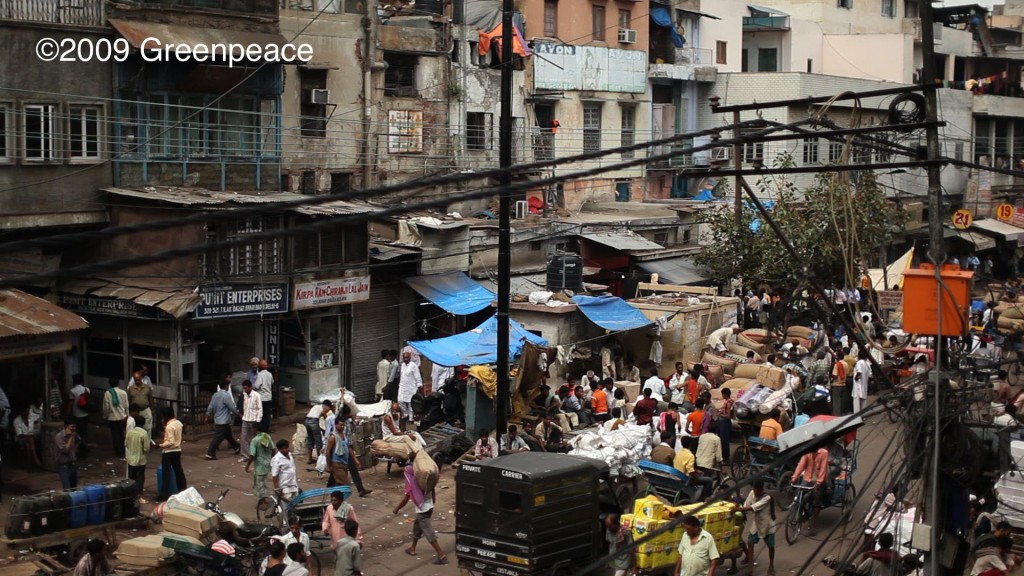 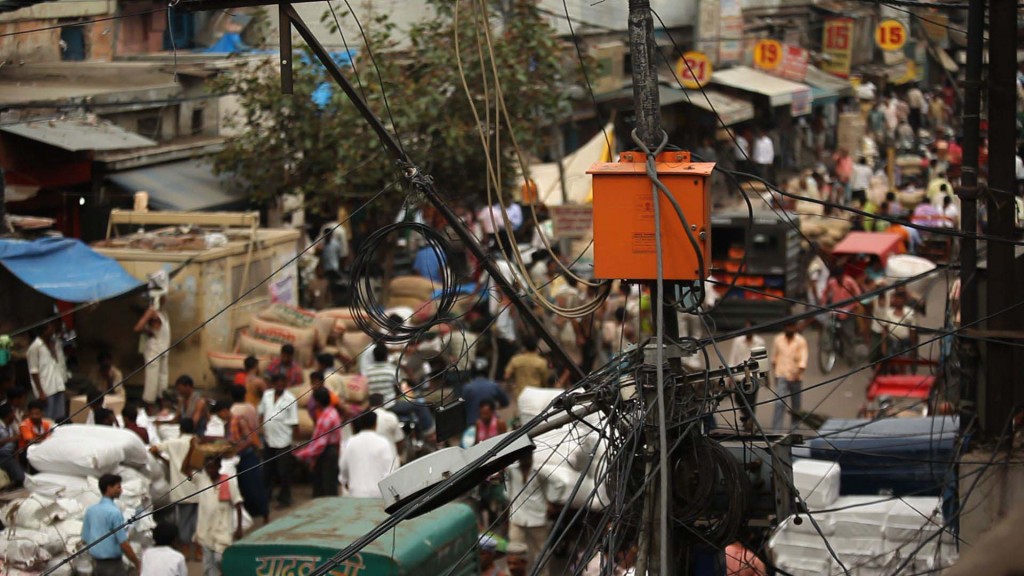 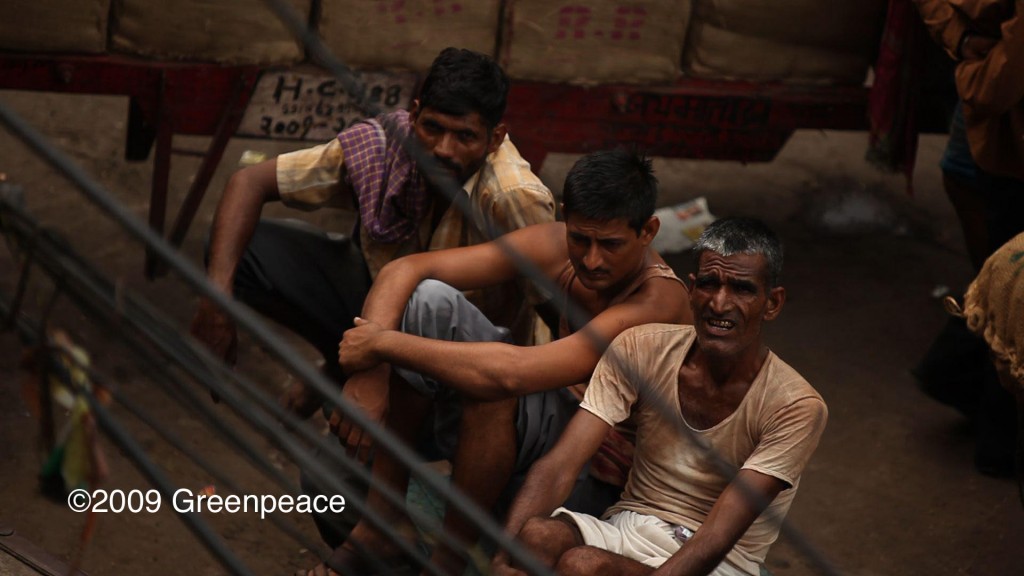 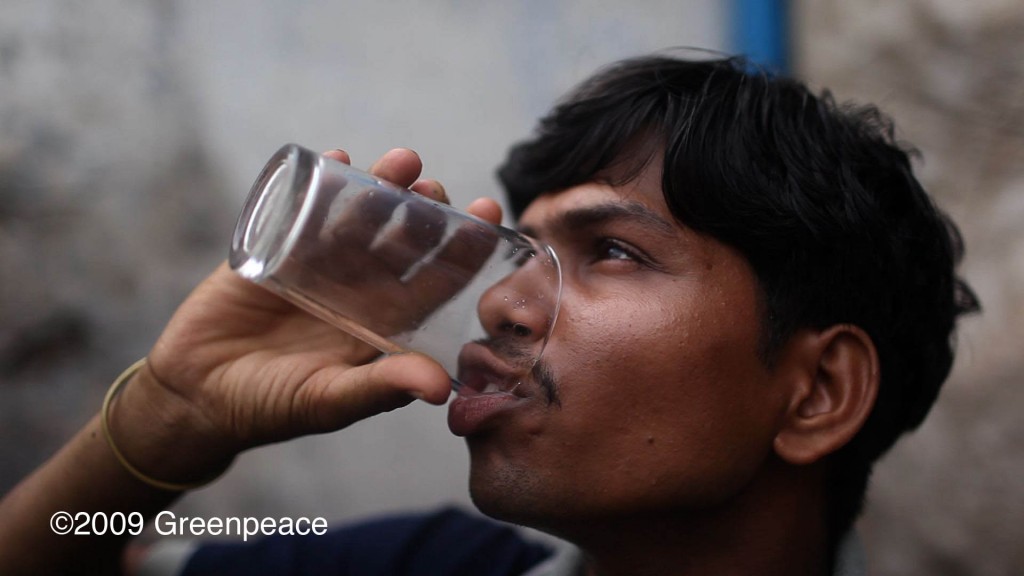 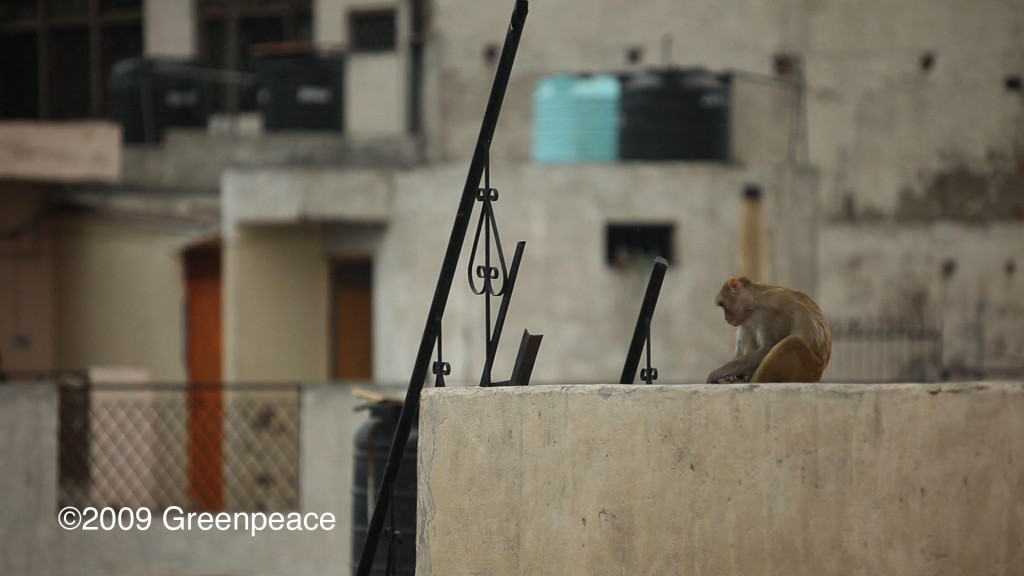 There is a heck of a lot more to shoot. But it’s all fascinating. The poverty does get to you though. There are so many beggars, poor people, starving people. Something needs to be done…and with Climate change things are only to get worse. You can do your bit at the Greenpeace India Website.

I went on a cycle Tuk-Tuk and felt quite ill…probably because it was after the spice market.

This is the first time I have ever used a monopod on a shoot and it was terrific. Really nice steady shots. Not tripod, but not handheld. Perfect for the narrow streets. I only used my tripod for the high stuff.

Do check out the little video at the bottom of the page which explans it all. 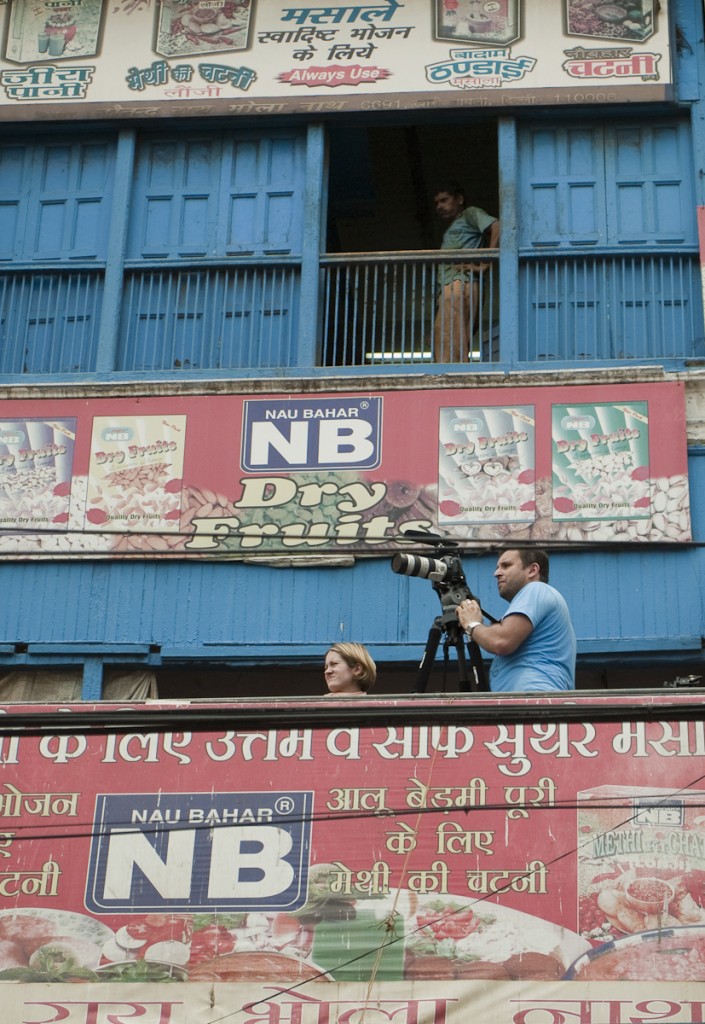 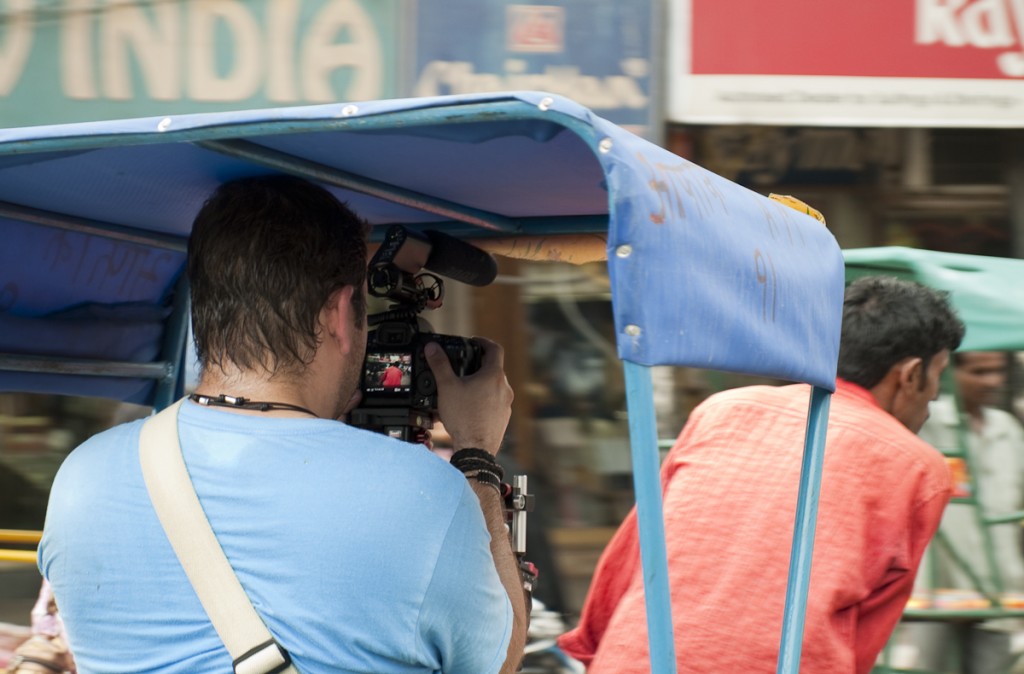 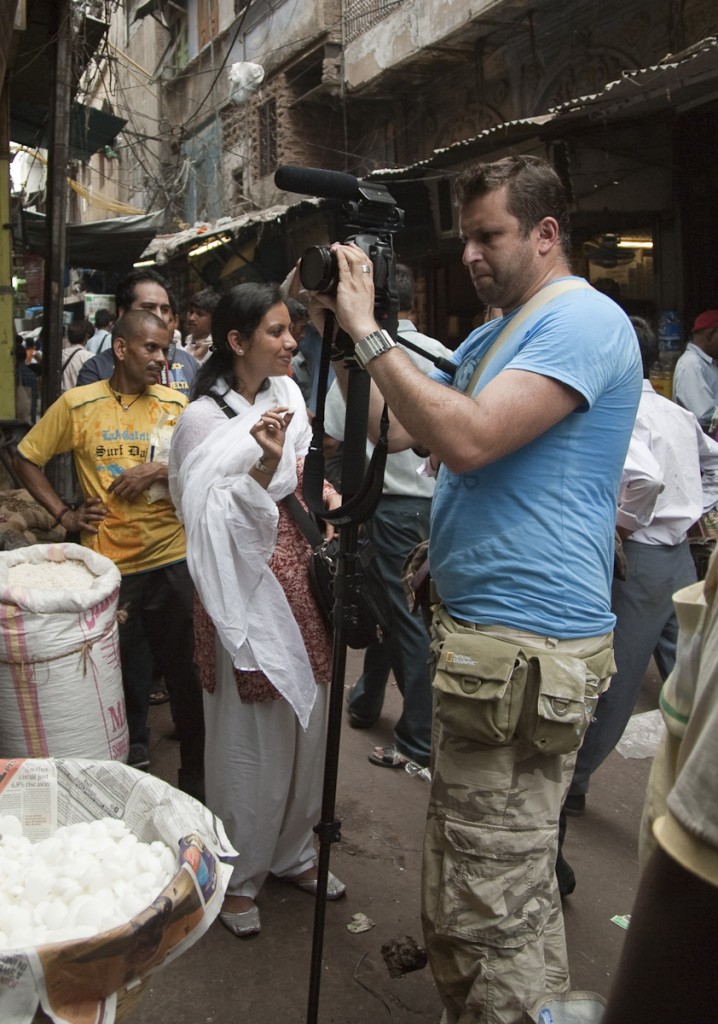 I used both the Fader ND and the more expensive Singh Ray ND. Both worked very well but seemed to screw up my metering quite a lot. I did get vignetting on my 82mm on the 24mm f1.4, but this was possibly due to the step up ring from the 77mm thread to the 82mm Singh Ray. Looking at the footage they both performed really well. Have to believe the Fader is so much cheaper than the Singh Ray!

The monopod really was a joy, really nice stable footage with the touch of gentle handheld. The miller again proved a great combo for the 5dmkII, shame when it was really high I had no clue if I was in Focus.

We almost got into deep shit whilst filming at the Metro station, due to the bombings in Mumbai security is VERY tight, even with the 5d we got pulled aside and they tried to make me erase what I had shot…but I somehow convinced them I hadn’t actually shot anything yet. They cited terrorists take photos of targets before they strike. Am pretty sure they don’t use a 5d with Zacuto Rig, Rode Mic on top and have 3 people around them carrying the other gear!

I have also brought the SmallHD but not used it yet due to space in the bag…but soon!

Thanks to Gaurav for the stills and to Greenpeace for permission to put up the screen grabs.

Here is a list of what I have with me:

Want to learn how to create the film look and much much more? Click below.