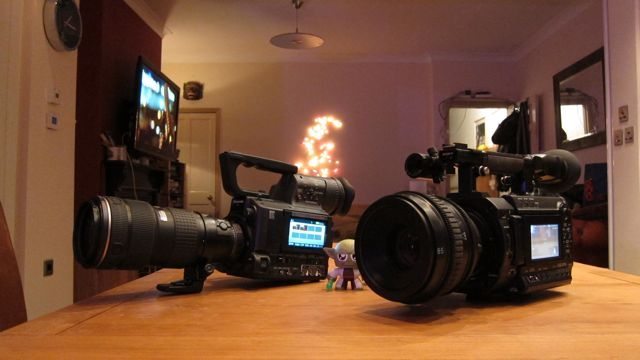 Following on from my last post about focal length being a focal length no matter what camera it is on and it’s the equivalent field of view that matters I have put together a short video showing the same shot on two different cameras. The AF-101 and the Sony F3 at 2 different focal lengths.

The Sony F3 has a native Super 35 chip in it (23.6 x 13.3mm) and the Panasonic AF101 has a micro four thirds chip in it (18.8 x10.6mm whilst recording 16×9 video) so the equivalent field of view on the smaller chip is going to be more telephoto by it’s nature, meaning the angle of view is narrower. On a 50mm lens the F3 will see 26.6 degrees whilst the AF101 will see 21.3 degrees. Again, please read my previous post to understand more and for the excellent chart on there by Abel Cine for working this all out for you and showing you a comparison between so many different cameras.

This is not a scientific test. Although I didn’t use the same lenses on my AF101 the same focal lengths were used. On the F3 I used the 50mm T2 and the 85mm T2 and on the Panasonic I used the awesome Olympus Zuiko 35-100 F2 zoom lens at 50mm and 85mm at F2. It doesn’t matter that one lens is made for M43 and the other is PL 35mm. A lens is a lens is a lens, again read the previous post to understand more.

Unfortunately I have to give the F3 back today and I haven’t had a chance to do any other side by side tests or any more in depth shooting with the camera. Having it over Christmas was limiting as my family came first. But I did manage to shoot a little short with my sister which is here if you have not seen it.

The Star Wars figures were presents from my friends Cristina Valdivieso and Jon Connor. They were around 1.4 metres from the end of the lens.

Both images are really nice, looking at the native files. For sure there is more compression in the AVCHD, i expected that as it’s 24mb/s as opposed to the F3 35mb/s. There is a big price difference between the two cameras. Which is best? The F3 is S35, industry standard sensor size, PL lens mount and capable of very high end recording. The Af-101 is a damn sight cheaper, has a bit more DOF due to the small sensor meaning you need to get wider lenses to compensate but on the flipside you have nice telephoto lenses easier. The F3 has a better recording medium in the SxS cards albeit more expensive, it’s feels better made and I think has a slightly better looking image but that is always subjective, is it 3 times the price better? That’s for you to decide! Oh and both the AF101 and F3 have features which better the other in certain areas. It’s tough. If the F3 had at least 50mb/s and 4:2:2 in camera it would almost be a no brainer but as it stands it’s handicapped and way more expensive than the AF101 which is such a shame as it’s bloody gorgeous camera with wonderful images. Neither camera as they stand are acceptable by the high end HD broadcasters for full HD acquisition. You can pimp them up with a Nanoflash or something similar to make it work but that is not ideal.

I am sad to see the F3 go, I would love to have shot on it more and I certainly don’t have £13K to spare right now, especially having just bought the AF101 which was a lot bloody cheaper. I know it’ cheaper in the US but the warranty issues are a pain and even then it’s still a lot of cash. It’s also big, well bigger than the AF101 and I am so in love with the small form factor of DSLRs…

Please do not use this video to judge the difference between the images. Different lenses were used. Picture profiles don’t match. It’s purely done rough and ready as a field of view comparison. I have funky lighting in my kitchen and the lounge which explains the flicker and colour shift. I just needed to get this done before I went to bed! 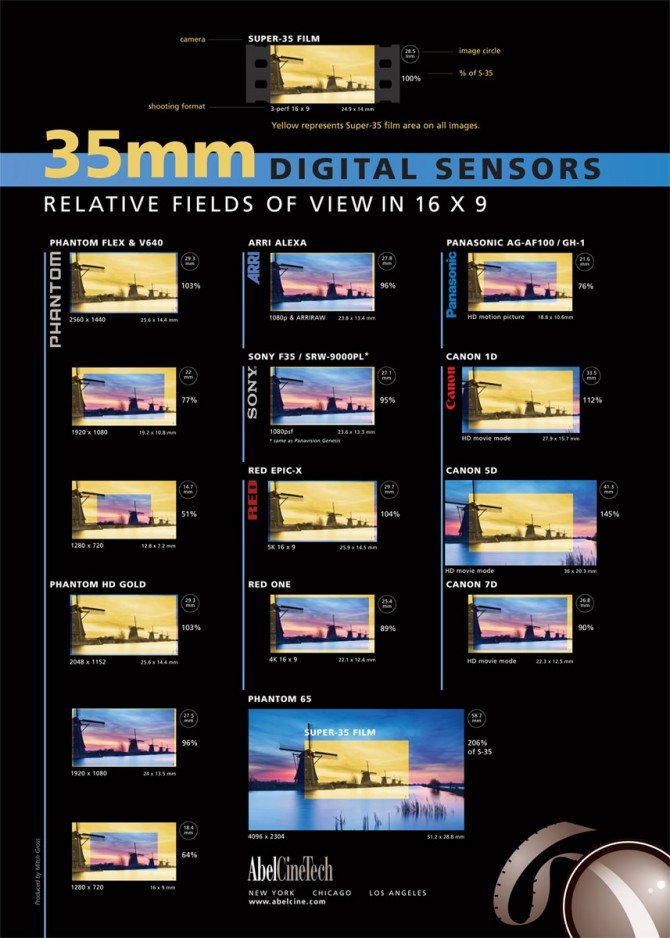 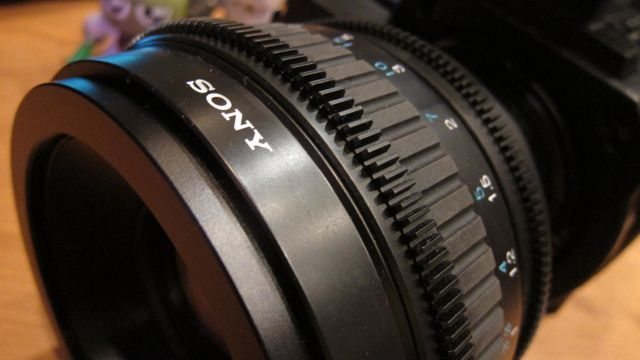 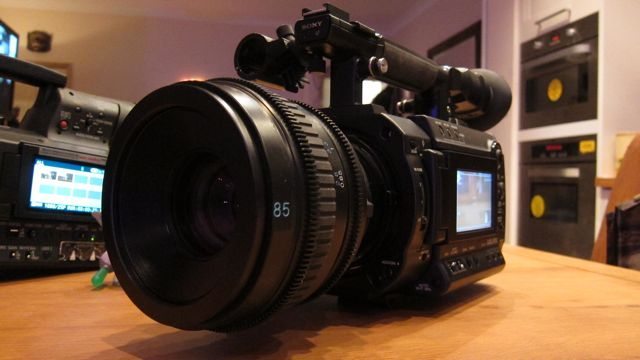 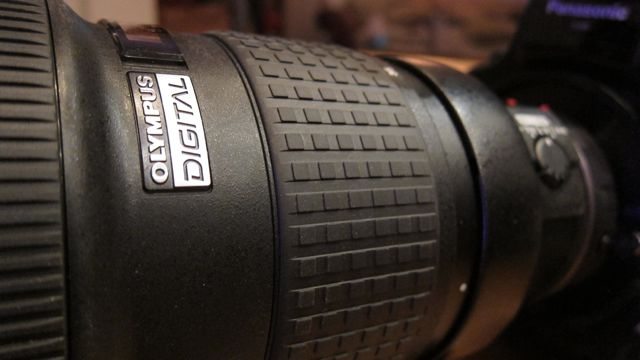 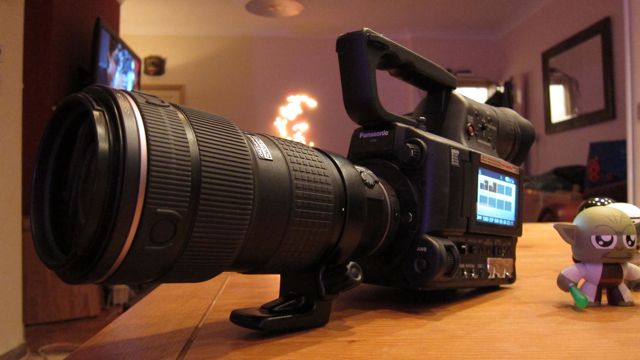