Eyedirect: Solving the problem of getting people to look straight into the camera.

One of my favourite things to do when making documentaries is to get interviewees to not look at me but look at the camera, to talk to the audience. If you have ever tried this you will know this is not an easy thing to do. It’s very unnatural but worse than that because you are not making eye contact with them it’s much harder to connect with them and get the best out of them, especially if they are novices in front of the camera. I have done many projects like this, it’s slightly easier if I am asking the questions but if someone else is it’s even harder and the natural human temptation is to look for approval or a reaction from the person asking questions and as soon as that happens eye contact with the camera is broken and it looks awful. At best they look shifty, at worst you need to stop and start again.

This style isn’t always the right approach but a lot my work is about human stories and this way of interviewing is very intimate and much more personal. I would not use this style for every documentary.

I have just come across a really simply solution. It’s called “Eyedirect” and made by US based cameraman Steve McWilliams.

The concept is very simply and quite similar to how autocue works and a much simpler design than the the one Errol Morris pioneered with his Interrotron. The Eyedirect mounts onto the front of your camera, you can position the mirror to the left or the right of the camera and using the mirror you angle it, up down left right until the person can see you and you can see them. The glass in front of the lens is transparent through it camera side but reflects the mirror on the front side. This way you the cameraman or the interviewer can maintain eye contact throughout the interview and I guarantee you will makes things 10 times easier to connect with that person because of this. Without it you are so disconnected to them and them to you which can make things really tough.

I did a feature documentary called “Confluence” last year in Idaho that we did a lots of long interviews for. All looking straight into the camera. It was hard work getting the best out of them and I wish I had had the Eyedirect for that project. In the end with perseverance we managed to still get good interviews from them but it took a while for them to warm up and get used to it all. Below are 3 frame grabs from some of those interviews and some examples of my short form pieces that use the straight to camera technique.

If you film babies, animals etc it will also help as it makes them look into the camera. But I don’t work with children and animals! 😉

The Eyedirect is not cheap, often a problem with products made in small quantities, which is a shame as it will be out of the price range of many.  The smaller version which is fine for most cameras is just under $1200, but if your work means you need to get people to look into the camera this is a small price to pay for much better results, less time in trying to make it work and simply being able to make your interviewees feel so much more comfortable and therefore appear less awkward on screen! You can buy if from VFGADGETS in the US. 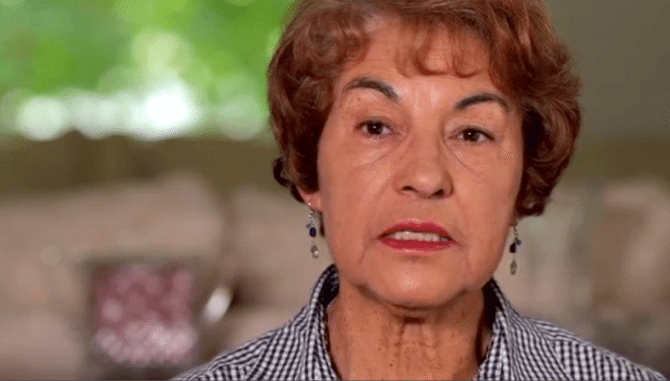 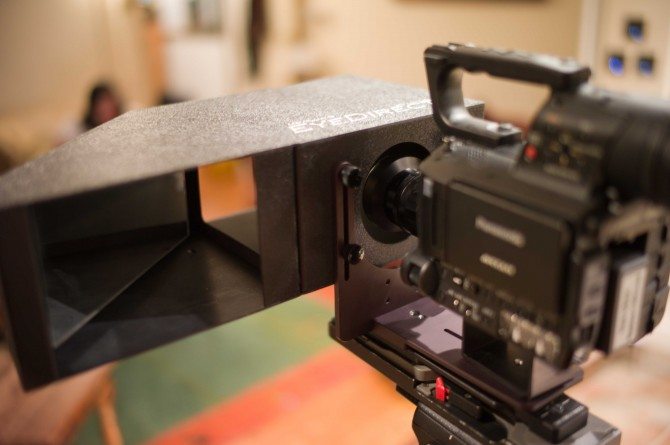 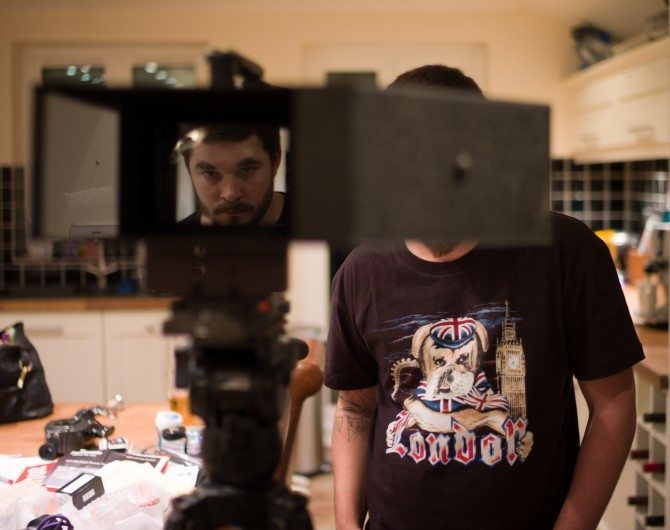 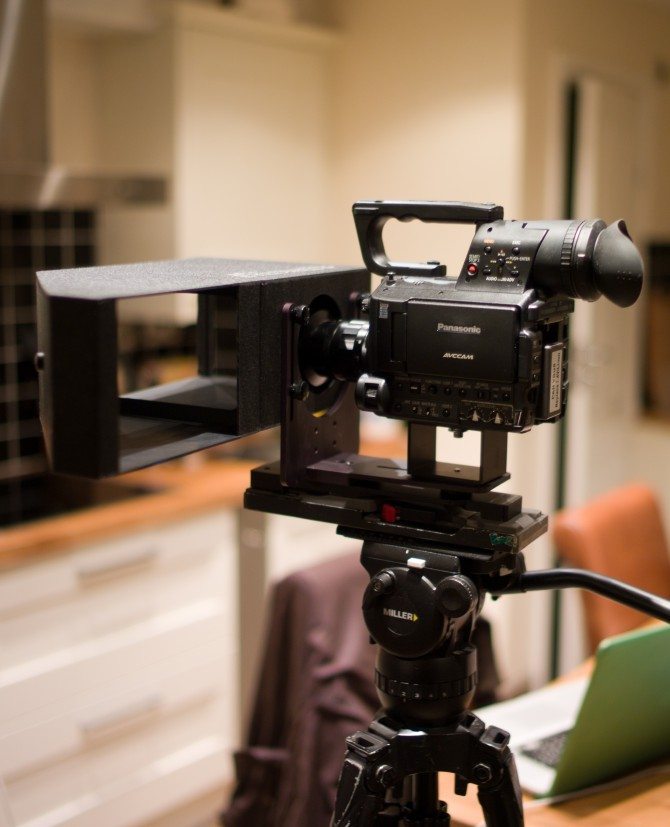