Sony Extra.Ordinary. Submit a cool idea to be in with chance of winning an FS100

Ethics Statement: I was paid by Sony to make three short pieces with detailed “how to” shoots on how to use the camera. I am not in the permanent  employ of Sony or under contract, just this gig. I took on this job as it excited me and was a chance to get more experience on the FS100.

Shoot something quite ordinary and make it “extra ordinary” and at the same time filmed to create educational content for Sony’s new site for cameramen new to the FS100. Sounds fun to me! I love to shoot and I love to teach. Two in one. Smashing.

The idea was to make a competition to get people to see what the FS100 can do. For anyone in Europe, yes just Europe )sorry it’s a Sony Europe thing. Making it worldwide is a legal nightmare, even Italy cannot enter due to legal issues)  you simply have to come up with an idea of something relatively dull and give an exciting treatment of how to shoot it in a clever and creative way. I love that sort of challenge. Something I thrive on.

The initial idea was to offer the prize of me shooting it and making it into a film, but I said people would get more excited if you threw in an FS100 too. They agreed. Hurrah! Much better!

Click on the link on the image below for an interview with me and to see the film I made to kick it off “Evening Waltz” and the below image to enter competition.

These are the countries who can can enter:

So I have made two films. The first one Evening Waltz is live on the Sony site and the teaser is above (I am working on getting an HD downloadable version there asap). The second as yet untitled film will be released in December. It’ll be very different from the first film, especially as it’s all controlled and lit.

Here are two teaser shots from it…

So what was the concept of “Evening Waltz”? Simply put, it’s to make something rather ordinary look smashing through the use of the camera’s abilities and my own skills. We filmed in a funfair at the very end of Summer in London, and to be honest it was rather crappy! It’s a traveling fair, so not exactly epic and really quite tired looking to put it bluntly. But that was the point! If it was amazing where is the “extra.ordinary” in that?

Yes this was made for Sony so a Sony camera was to be used. Not a problem. Far from it!! The F3 and FS100 are both excellent cameras. Hand on heart though, despite being paid to shoot with an FS100, it was the perfect camera for the job and I would have chosen it anyway. It’s small, lightweight so very easy for mounting on things and EXTREMELY good in low light. The combination I needed.

Funfairs, like nightclubs and me, look their best at night, low light, no daylight, illuminated by artificial light. Due to this being shot in August, the sun set late and the park closed at 10:30pm. This gave us little time to shoot. I did not want to shoot this during the day! So we decided to do this over two nights to take the stress away.

Because this was a commercial production, releases would be needed for all people shown. This would be tricky, as I wanted to focus on individuals’ faces, and getting people to agree to be on things like this is hard. Easier if it’s for yourself. Harder if it’s for a commercial endeavour. So we made the sensible choice of bringing in some extras whom I focused on. You will notice that in all the other shots you can’t actually make out who they are. All done with selective framing and shallow depth of field.

I shot this all at 50p, not 25p overcranked, as I wanted to record the sound. Shooting 25p 50fps means mute pictures (this is a EUROPEAN FS100 and only shoots 25p and 50p, a firmware update unlocking 24p, 30p and 60p are coming in the new year). One of the best things about this camera (which the F3 does not do, nor even the new C300) is 1080p slow motion. The downside of shooting 50p is it looks decidedly unsexy on playback. Like interlaced. Yuck. You have to conform in post to play it back in 25p. Easily done. Oh Final Cut cannot cope with 1080p 50p so I used clip rewrap  to rewrap the 50p AVCHD into a .mov and it’s very fast in doing that. Then using Magic Bullet’s Grinder I converted to Pro Res and ticked the option to conform to 25p at the same time. It’s a nice feature and MB Grinder is a steal at $50, even more so with my 20% code for all Magic Bullet products at checkout. bloom20.

For lenses I used my MTF services Nikon mount and my Zeiss ZF glass, some Nikon glass and my Samyang 35mm F1.4.  Tripod was a Miller compass 25 Solo. Monitor was a TV logic 5.6″ and sound was via a Rode NTG-2.

There is LOADS more info in the 2 BTS films as to why I shot it like I did and how. You do need to register I am afraid but hey you get something out of it!

My damn super assistant was the brilliant James Miller. Jim Dinsdale came along and helped as did Phil Benoit on one night. Jim appears in the film trying to knock down the cans. I do need to point out that after 243 unsuccessful attempts I said to him “hang on”. I locked the camera off, hit record and knocked them all down with the 3 bags first try. This is extremely rare for me. I normally miss. Unlike my friend Jon Connor who is a fairground hustler! I felt like a real man for once. Shame I didn’t walk away with a 9 foot soft toy Elephant!

Although I do find the FS100 a somewhat fiddly camera, the image is really gorgeous. That S35 sensor is great, and the sensitivity of it is just superb! I know with more shoots the camera will become less and less fiddly due to familiarity. This was the first thing I had shot on the camera, so it was a bit of a challenge for myself too!

All photos thanks to Jim Dinsdale. Good man Jim! 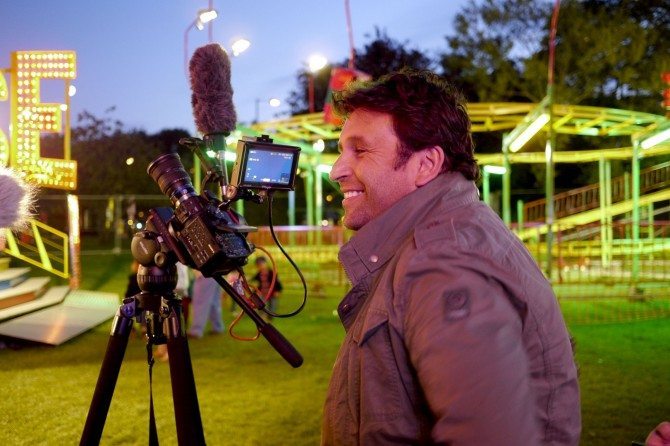 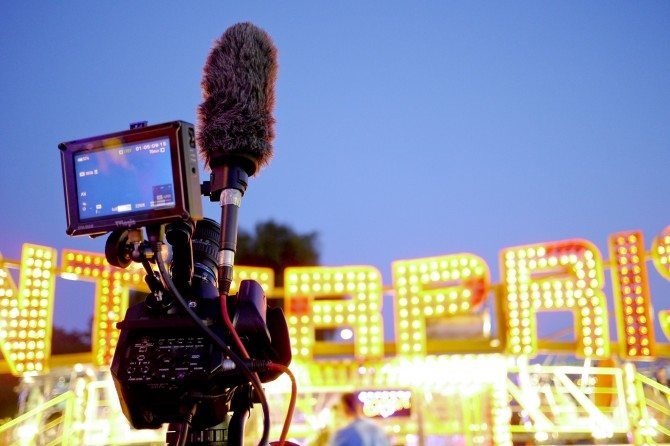 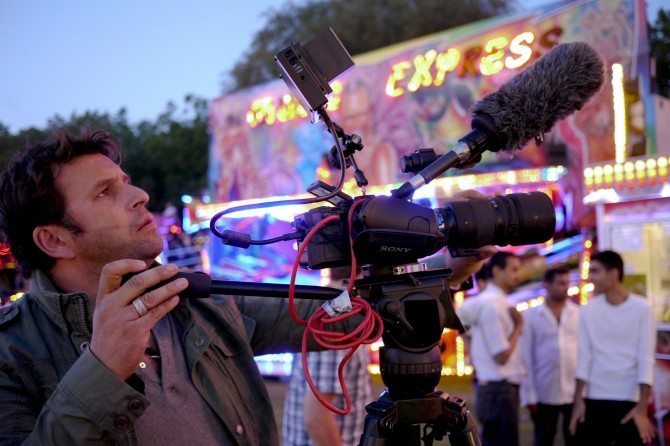 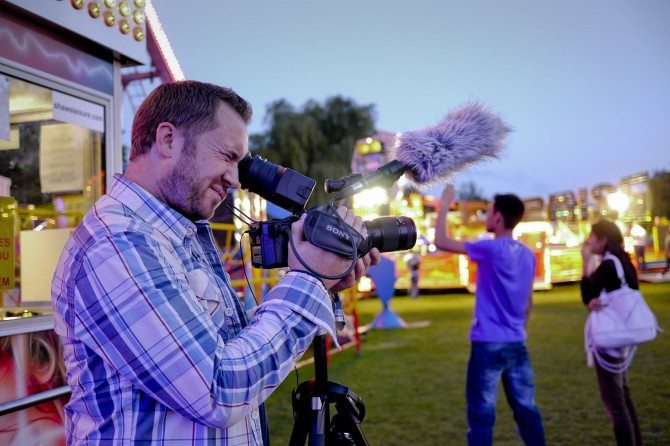 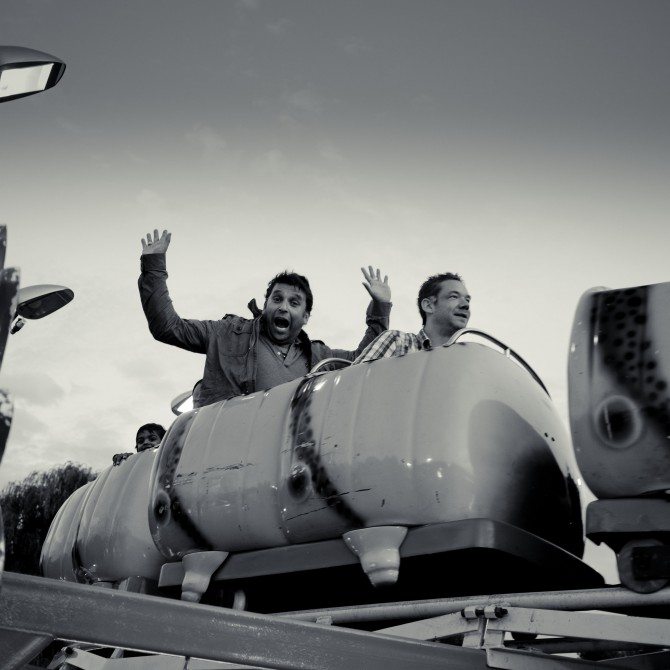 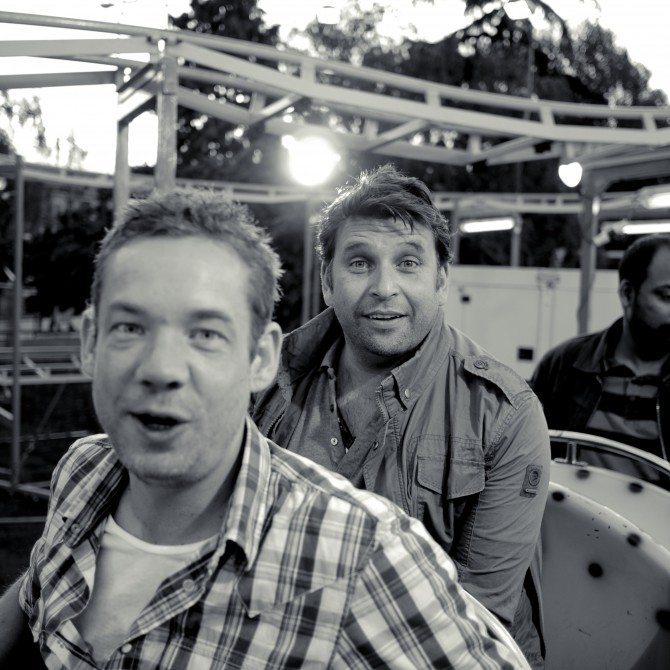 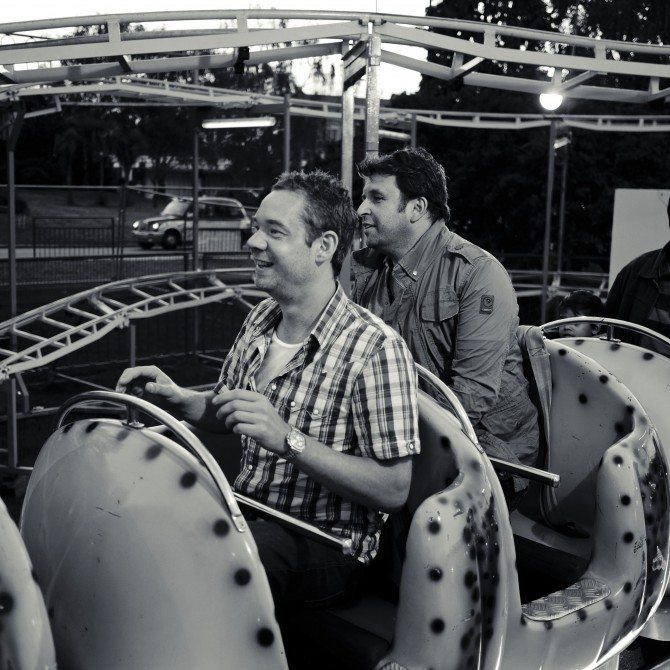 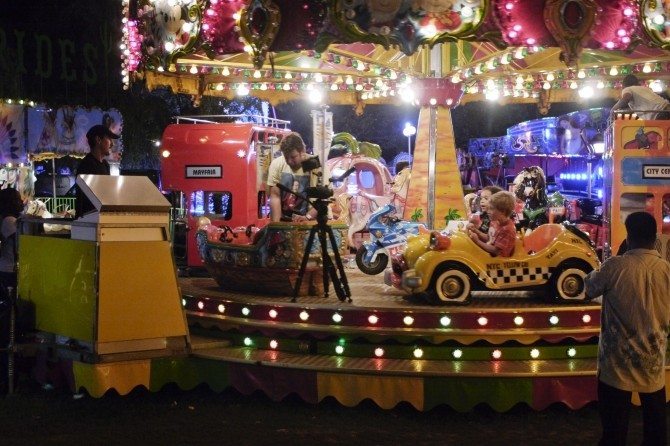 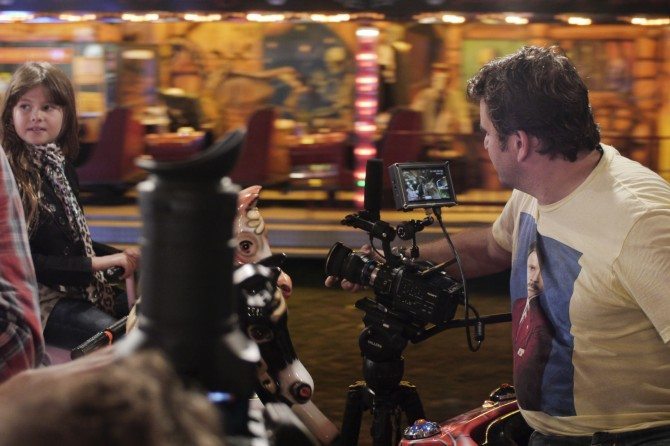 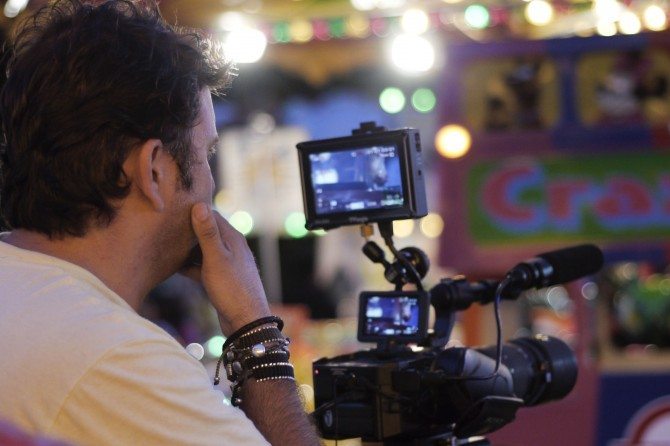 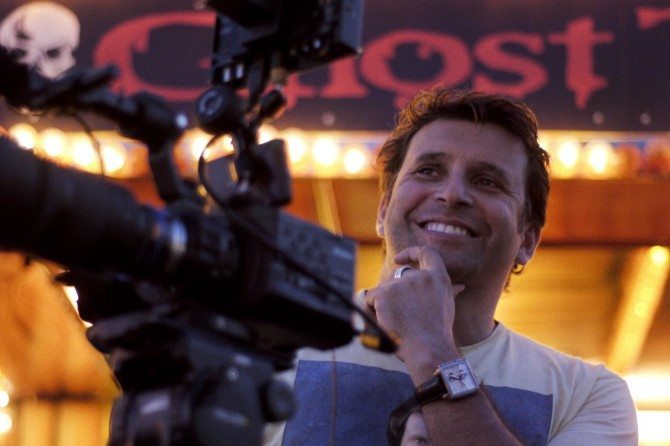 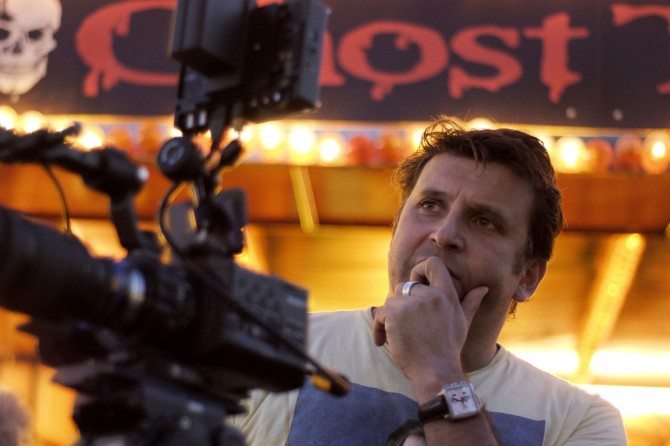