Testing out the 300 FPS with the RED Epic and Mr. Eric Kessler 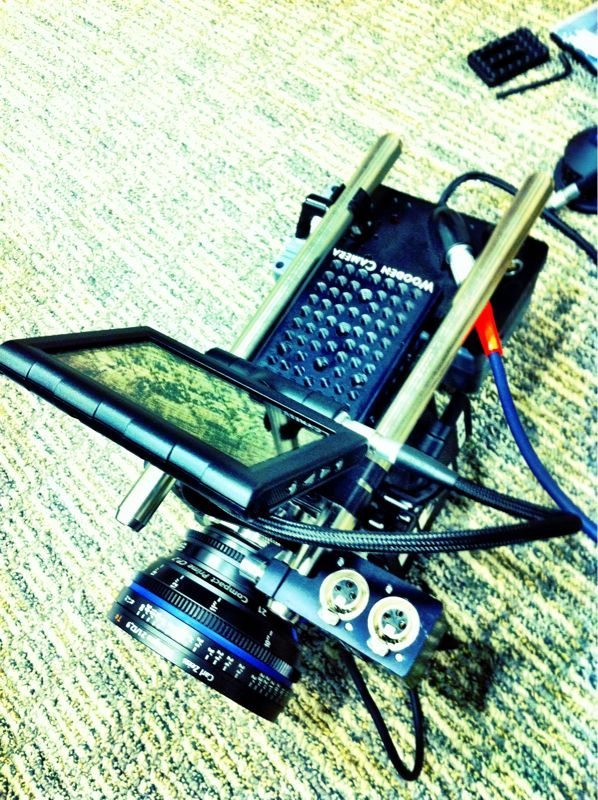 I am in Indiana (actually writing this in Michigan) hanging out with Eric Kessler of Kessler Crane for a week. Having a lovely time, relaxing and catching up on a backlog of work including shooting my Canon XF100 review which I will be shooting tonight. This backlog got more backlogged when Eric’s RED EPIC turned up for his studio and for use by Kessler Shooters. So I had to make the most of this opportunity and grabbed it from Eric. I have all my F3 glass with me as I have my F3 with me so lens wise I was sorted.

This afternoon I am doing a “proper” little piece with it, but before I did that I needed to get my head around the camera, how it worked, workflow before taking it on a shoot.

Not knowing the camera at all, with a little shoot coming up I wanted to test it out and get my head around the camera and workflow. So I had to shoot something so thought to myself “Why not throw loads of water at my mate Eric Kessler?”. So I did and here it is. Nothing original, but I have never done it and have never shot anything over 60 FPS before so a real treat for me, especially as Eric was the victim! 🙂

Chris Beller threw water at him as did his own mum and she appeared to take great delight in it…strange!

It was a lot of fun and didn’t take long at all to do. I lit it with some lights that were around the Kessler Crane studio as when shooting 300 FPS you shutter speed needs to be at least 1/600th of a second. That means a LOT of light. I was wide open at F2 on the Zeiss CP.2 35mm, had a 1K soft box on him, a 800 watt hard light on him and a 150 watt kicker. Even with that light I needed to be at ISO 1000 to get exposure. I was still getting some flickering as the lights simply were simply not good enough to cope with the very fast shutter speed.

The EPIC is a 5K camera, and can shoot a lovely 120 FPS at that, but to get 300 FPS you must drop to 2K and an aspect ratio of 2.4:1. My video is actually at 2.55:1 just because…When dropping to 2k you are cropping the sensor so you only get a centre portion which means your lenses are magnified effectively, so getting a wide shoot in a small room is tough!

I graded with Magic Bullet Looks and Colorista II (20% off MBL with code bloom20 and redgiantsoftware.com checkout). I pressed a button somewhere before shooting and suddenly my shot turned slightly green, no idea what I pressed but it’s gone now so I just graded it out.

I had a lot of fun shooting this, maybe it was the perverse pleasure of seeing my lovely friend Eric get water thrown at him…I don’t know! But shooting this has given me more confidence with the camera to take it away from a test onto a shoot (as long as it doesn’t go all t*ts up like my Alexa one did a few weeks back)

It’s actually very easy to use. Touch screen menu make everything from frame rate to ISO to shutter speed and much much more all easily accessible via the very intuitive menu but more on that in my next RED post once that shoot it done. In the meantime enjoy the silliness and if you want watch the live USTREAM I did whilst shooting this. Sorry about the commercial, that’s USTREAM for you!

Music is by the legendary Bob Dylan and the track is called Wigwam.