Dublin’s People: Shot on a Canon 7d in native 24p

Been a hell of a weekend. F-Stop Academy has been in Dublin for our first official workshop. Been a great success. This little piece was filmed at the end of the hands on shooting part of the Cinematography workshop in Dublin when we were in wind down mode (and after a number of Appletinis!)

I took the Canon 7d, Zacuto Tactical rig, Z-Finder V2 and one lone lens, a Canon 35mm f1.4, which becomes more like a 50mm lens on the 7d. So a bit like what I did with Sofia’s People (but I didn’t have the Zacuto rig for that).

I shot 1/50th of a second as I was shooting 24p and to match the 50hz frequency of the artificial all around me in Temple Bar so there was no horrible banding and flickering. Most of the time my ISO was between 400 and 800. Some shots I even had at 200 and a few are at 1600, especially the end sequence. It was just so bright there!

I also shot some stuff 720p 50p with shutter at 1/100th to get the slow motion shots of the juggler which were conformed to 23.98p in Cinema tools to create the beautiful slow motion.

Sound on the last bit was just the internal mono cam mic as I didn’t want a big mic on top of the camera.

Big thanks To Darragh and Emma for organizing the workshop. To all the people attended and especially the people who came to the intensive 1 day Cinematography practical workshop on Sunday. Jala (from Germany), Cathal Hegarty (from N. Ireland) and Jean-Jacques (from France) stayed on another night and joined me for the night shooting. We had a great time. You may also spot my partner in crime Den Lennie a couple of times here.

Music is appropriately by the great THIN LIZZY and is of course Whisky In The Jar.

No grading was done. 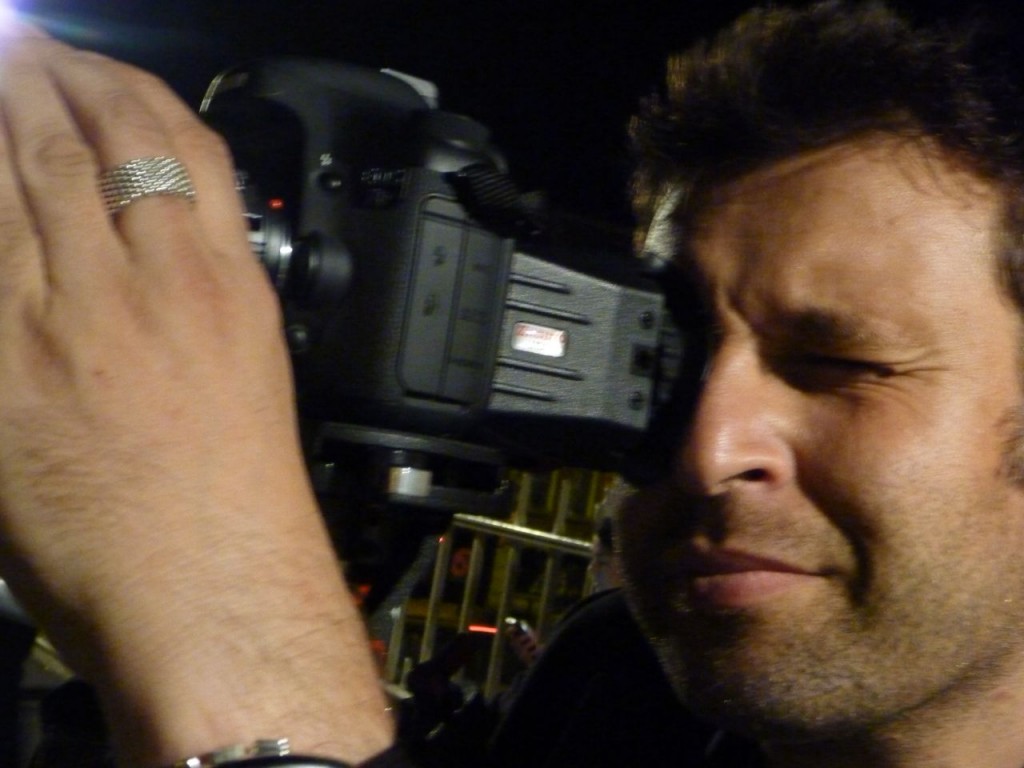 So…you may ask what do I think of the camera. I am going to be blunt here…I love it.

Now I am talking purely in video mode, not stills mode (although it does shoot more stills per minute than the 5dmII) it really is wonderful. I was a little wary about the 1.6x crop on the APS-C as I have such wonderful L series glass and yes it’s a pain that my 50mm f1.2 is now effectively an 80mm…but that’s the downside of APS-C. Wide lense are even worse. Canon don’t make any fast APS-C optimized lenses for the wide end…yet.

Operation wise it was very nice to use. Being a Nikon guy until May I am happy as I can change button assigning around so the top dial can now be iris. Great!

The dedicated video button is an improvement. In fact the whole design on the layout is much improved. The LCD screen seems to be less reflective in bright light and you can still zoom in to get focus but only before rolling. A nice touch is if the lens is in auto focus mode you can press the focus button on the 7d before rolling and it will lock on focus for you but not whilst rolling. You do still really need either a decent monitor or the Z-Finder V2 to get focus though and the Tactical Shooter made this my most steady handheld stuff with a DSLR yet. Also it did seem there was not as much rolling shutter issues as with the 5dmkII. I need to do some proper tests thought to see if this is true. It’s probably as I was nice and relaxed after a couple of drinks combined with the Zacuto rig! 🙂

Image wise, it’s very similar to the 5dmkII. Sure it isn’t as sexy image wise, but it is pretty close. It is a tad less sensitive than the 5dmkII but only just. This is as expected due to the smaller sensor. Also I would say it is a little bit noisier image wise than the 5dmk2. But not too much.

For me the thing i love most about the camera is the different frame rates. I can shoot full HD 24p, 25p and of course 30p BUT really excitingly I can shoot 720p 50p and 60p which although when played back at normal speed locks horrible and video like to me it means you can easily tell your editing system to play it back at 24p or 25p or 30p and get a lovely in camera slow motion. I have missed slow motion since using the 5dmk2 so much. My EX1 and EX3 do incredible overcrank. This isn’t strictly overcrank but the effect is very similar. Beautiful slow motion as you can see in this piece and my shaving film.

Do I recommend this over a 5dmkII? That I cannot answer. I own two 5dmkIIs and this 7d is a loaner. I am praying Canon bring out firmware to match the 7d’s video capabilities as I would hate to go back to just having 30p again and having to convert everything AND no slow motion. Please Canon. New firmware pretty please! Although I do already have one of these on pre-order at Calumet UK…if only I could get Canon to let me borrow this pre-production model a little bit longer…like another couple of years? 🙂

I will be doing more sporadic reviews as time goes on. In between my paid jobs, after all I am doing this just for fun. I will be taking the camera to WEVA in Florida this weekend.

Minor colour balance grading was done. That’s all to take out the yellow of the sodium lights.

Smoking may look cool on camera kids but it’s bad for you! The reason so many smokers in this? All the smokers are outside, all the non smokers are inside due to smoking ban. I hope you notice the one in my mouth was not lit! 🙂

So take a look at this fun little sequel to Sofia’s People! 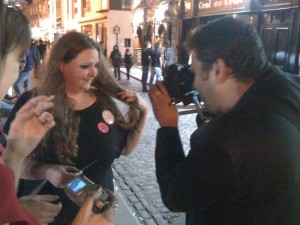 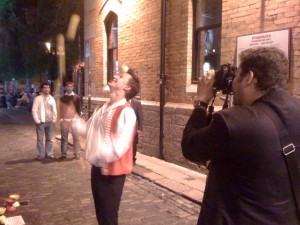 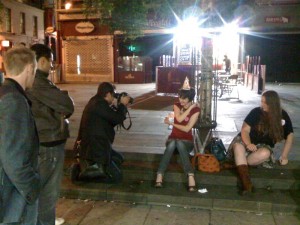 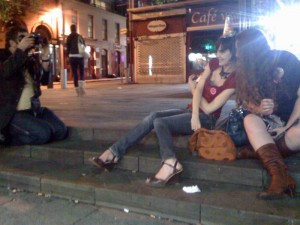 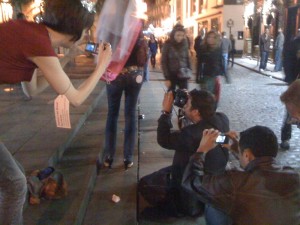 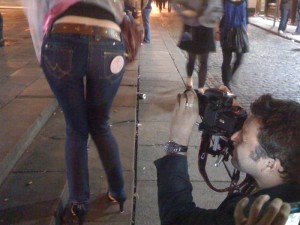 Want to learn how to create the film look and much much more? Click below.