I have been doing timelapses ever since Sky the company I used to work for got their first Avid machine and were able to speed up footage. I used to shoot on Betacam SP, shoot one scene for 4o minutes  (which of course pissed off the editor as they have to real time digitize) and get them to speed it up X number of percent to effective give me a timelapse. Not the most elegant way, but certainly the only way for me to do it for a number of years.

The advent of tapeless cameras like my Sony F350, Panasonic HVX200 and PMW EX1 it became far easier to do timelapse. You could actually record one frame at a time over a prelonged period of time. So no wasting media, fast ingest time and the ability to truly control your timelapse with things like slow shutter for low light, taking one frame every 10 minutes or more if you wanted to. Suddenly the creative possibilities of timelapse where at my fingertips!

It wasn’t until I started using DSLRs though that the true power of timelapses were at my fingertips. The ability to create noiseless low light timelapses was very exciting. It was Tom Lowe from Timescapes.org who got meaddicted to this. He is the master of DSLR timelapses.

Most fun and rewarding for me are the star night time timelapses like the ones in the middle of my Skywalker Ranch film. These are mind blowing but take enormous patience. As each exposure takes about 30 seconds and you need 24/25 frames for each second of footage. That’s a long wait!

You see with stills timelapses you take loads of photos and then stick them altogether and create a video file. It’s actually very easy.

First off you need a camera that can do timelapse. The Nikon D300/s, D700, D3/s all have timelapse built in. The Canon cameras don’t. So you need something called an intervalometer. Different cameras need different ones. The official Canon one for the 5Dmkii, 1dmkiV and 7D is the TC-80N3 but you can also buy some cheap Chinese versions. Here are links to ones I have used for the cameras I have with me: 5DmkII, 500D, GF1. 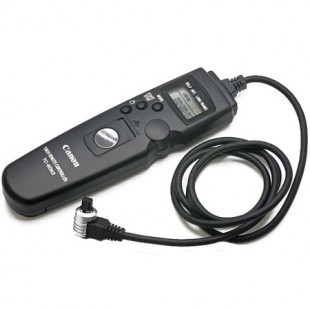 Get yourself a nice sturdy tripod. Make sure you are on ground that won’t wobble like some pavements/ sidewalks, have enough battery power and enough card space. Ideally shoot RAW if you can but I often shoot JPEGs especially for the epic ones that last all night or longer.

The tricky bit is controlling the exposure because once you start you don’t want to start changing the settings on the camera or it will look like crap! Even lighting situations like daytime or nightime are easier as you just stick the camera in manual and away you go. If you want long exposure longer than 1/30th of a second on the 5dmkii then take it out of live view mode for video and put it in stills mode. You can then shoot long exposure timelapses in live view mode. You can shoot timelapse in live view mode or just normal stills mode. I like live view mode as it shows me what I am getting but it eats up juice, so if you are doing long ones make sure you have a main power supply for the camera or a battery pack. Live view mode also means the mirror box isn’t constantly opening and closing and therefore is also quieter. The GF1 is live view mode only.

Oh one thing…take your camera out of auto focus! It will screw up your timelapse completely! Manual focus only!

There is a finite number of clicks your shutter can take on your DSLR, this can vary from camera to camera. Yes, this will shorten the life of your shutter, but not your camera. If your shutter does eventually fail on you then it’s not the end of your camera, it can be fixed. I have been quoted £200 if it needs it, others may quote higher or lower. Your 7D + 5dmkII shutter should last you well over 200,000 shots.

If you are doing timelapses of something that will have a drastic light change that’s when it becomes difficult. Day to night and night to day are tricky as you really need something on auto, the iris, the shutter or the iso.

Don’t forget if shooting with a shutter that changes then when it gets dark your photo can take much longer than a second to expose which means you will capture less stills per minute therefore making any timelapse you do shorter in footage duration.

With the intervalometer make sure the frames are set to — as if you try and put a number down then you will get max of 99 frames which is useless! Also set the interval to what you want between shots, I often make it just 1 second between shots.

The problem we have to deal with is flicker. This happens in auto mode due to the metering of the camera. It decides whether to open up the iris, drop the shutter etc to compensate for subtle light changes so frame by frame the exposure changes. This causes flicker and is a pain.

There are a number of post ways to get rid of this. Many swear by a PC solution using VirtualDub but as I don’t have a PC I cannot use it. Other use After Effects to even out exposures very successfully. I have some plug ins for final cut but they don’t work that well.

The way I create the video from the stills using my Mac is very easy. I open up Quicktime Pro 7, not Quicktime X. Quicktime Pro 7 is hidden in the utilities folder of Snow Leopard. Open up image sequence. Make sure photos are all in one folder and then click on first photo in sequence. You are then asked what frame rate do you want the video to be at. I selected 25p as I am shooting 25p for this documentary. So I need 25 photos for 1 second of footage. More if I feel I may need to speed it up later. Quicktime then creates a massive 5K file that I then save whole. You can also export down to ProRes Full HD using crop, but this often creates banding, so I tend to bring in the whole large file into Final Cut and use all the extra information to do things like digital zooms and pans etc without loss of resolution. This is what I did in the video at the bottom of the post in Dubai. Digital pans and slow zooms all done because I have all the extra resolution.

You could set everything to auto. Including ISO. I did this for my 36 hour timelapse in San Francisco and I had no flicker. Go figure!

36 hour timelapse on the Canon 7D from Philip Bloom on Vimeo.

I am staying at the Atlantis Palm hotel in Dubai whilst I film the documentary using the Canon 7D on the Royal Family of Dubai, the Al Maktoums who commissioned the film on their history. I am making this with Talkabout Media and Media Prima. I am filming about 20 odd talking heads, filming dramatic reconstructions and getting general shots. 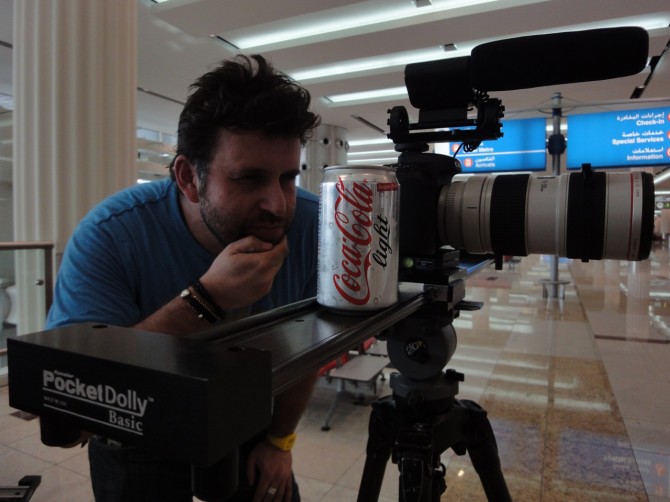 I chose the Atlantis as I knew the view looking to the city would be spectacular and it is. I just need a different room now as am having issues with this one as there is a massive light to the right of my balcony giving me nasty light pollution.

So far, I haven’t got the perfect timelapse. I am still trying and every night I will keep on trying! 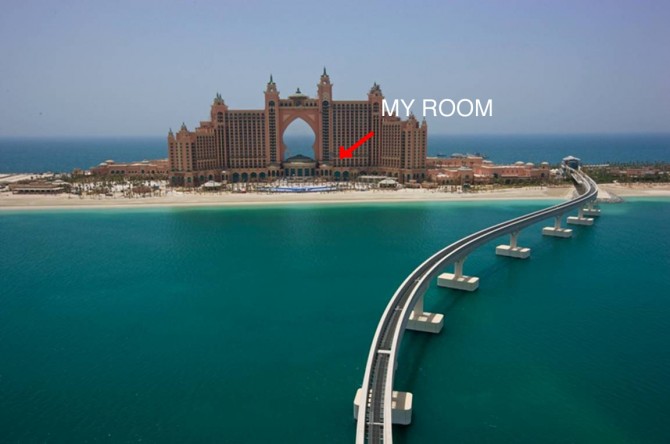 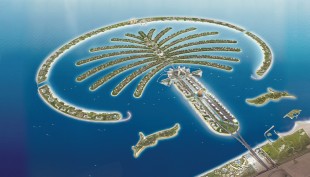 The below timelapse is mostly 5DmkII with 24-70 f2.8, 70-200 f2.8, TS 24mm F3.5 lenses and the first and penultimate shots are done on the little cheap GF1 and look great! Most of them are set to aperture priority but this isn’t working for me. As you can see in one of them, which flickers badly…

I will keep trying and work out the best way. I won’t give up just yet! Do share your tips and solutions below!

EDIT: I HAVE FOUND A MAC FCP POST SOLUTION TO FIX MY FLICKER ISSUES AND IT WORKS PERFECTLY. GENARTS FLICKER REMOVAL. Unfortunately it’s only available as part of a large VERY expensive package which I have owned for about 3 years. Be great if Genarts could make that one plug in available separately. I will keep on the lookout for cheap alternatives. Below is the Vimeo “De-flickered” version. Click here to see the original version with the flicker in it.

I am hoping to get permission to film some stuff around the hotel as it will make a beautiful short. My B-Roll guy is coming here this work whilst I shoot more interviews but I want to shoot more myself with my glidetrack as it will be a lot of fun and will look great…

Room with a view: Dubai Timelapses tests from Atlantis hotel from Philip Bloom on Vimeo.