Death of a beautiful camera…

It is with great sadness that I have to announce the passing of my beloved GH2. She passed away in Sydney Australia, yesterday afternoon after a full day of 3D timelapse experiments. A freak gust of wind by the opera house whisked her, my Gitzo tripod, my 3d lens and my timer remote over a wall and deep into the murky harbour bay water.

They day had been great so far. It was my first time experimenting with the 3d lens, an interesting little lens, locked at F12, designed for stills use only but with a little bit of tape could be used with limited success in video mode. But what I wanted to do was see how 3D timelapse would work with it.

I went around to different spots taking a series of timelapse shots. The tripod I used was one of the superb little Gitzo tripods. Relatively lightweight but sturdy enough to take most DSLRs with lenses. My brand new timer remote that Eric Kessler sourced for me as it’s different to the gh1 version. 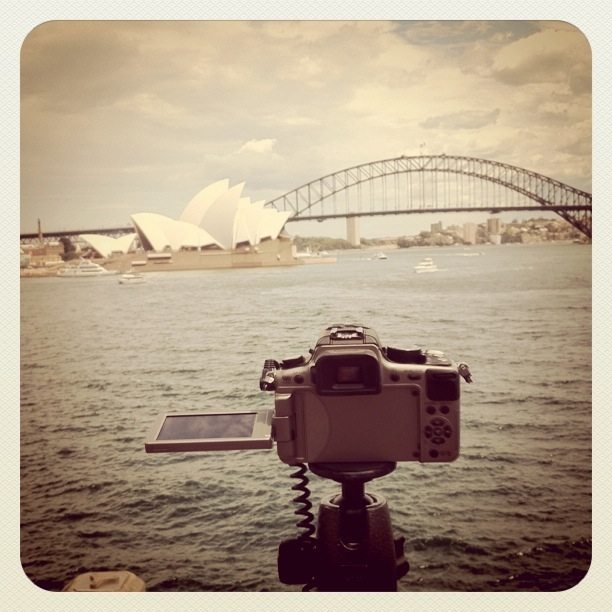 This is the first time I have lost a piece of camera gear. Back on December 31st 1999 whilst filming the millennium celebrations in Edinburgh, I was on a hill doing a live OB looking down on them, another massive gust of wind took me, my Vinten Vision 10 tripod, Betacam SX down the hill. That was not pleasant, the camera got damaged but it wasn’t lost. I have had many friends lose cameras at sea too…

I am always really careful, paranoid in fact about my gear. I thought it was safe there, there was no way it would fall in, it would have to lift 4 foot of the ground to get over the wall…it did. It happened in total slow motion. The freak gust of wind happened, I saw everything move in the bar, cushions, menus…went shit! turned to grab camera…too late by a split second…and there was no way I was going in after it. Too dangerous. Lots of shipping there, lots of wakes and a diver even lost a limb to a shark there last week I heard. BUT it is still there. It’s not that deep, the map above shows where it is. Sure the camera and lens and totally screwed now, the tripod too probably…but I wonder if all my hard days work is salvagable?  That memory card may be in intact and those last few frames will be epic…also how much longer did it function under water before it died. Well if you are a diver and in Sydney and you want to to see if you can get it let me know and I will show you exactly where it is…Probably not worth it though. I am just so utterly gutted. I adored that camera, that Gitzo tripod was my number one timelapse tripod and the 3D lens…i never saw it’s potential. Worst thing is i won’t be able to use the camera for my Oz workshops now or for the music video shoot I was going to do later this week in Byron Bay. Yes, everything is insured, but it’s getting replacements quickly is not easy for such a hard to get camera….

So let us take a moment and remember this lovely camera that served me well, even for such a brief time…and remember be paranoid, always watch that camera like a hawk in places like this and weigh them down if you can. I learnt an expensive lesson today. But it’s not the money. It’s that camera and all that work I did with it that day that are gone….at least I am lucky it was not my Voigtlander 25mm F0.95 that was on it and at least it wasn’t my Leica M9 either, that was around my neck…all this just to get a bloody timelapse of a P&O cruise liner leaving the harbour in 3d!! Maybe this is a higher power punishing me for even attempting to experiment in 3D?? 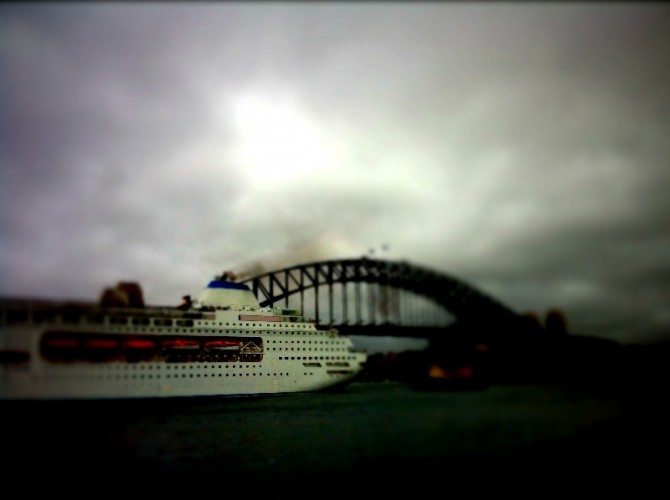 Here are two of her finest moments…