Announcing my Cinematic Masterclass! Available to stream/ download NOW with a free episode! 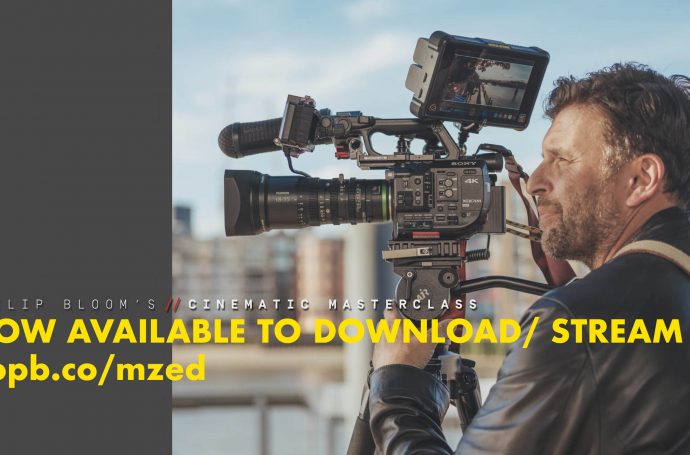 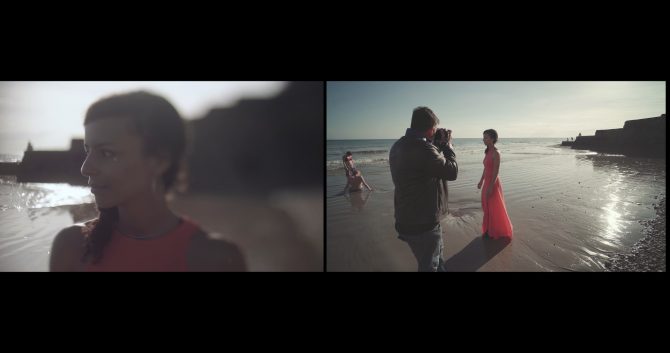 I am incredibly excited to reveal what I have been working on for the past few months….a six hour (plus!) 8 part series (with a free bonus episode) made for MZed that will help you become a much better filmmaker. We starting filming this back in March and wrapped two weeks ago. It is pretty epic!

MZED are the company behind the big education tours with Vincent LaForet, Shane Hurlbut, Alex Buono and others. From those tours they have created video courses that you have been able to buy individually fro $350 to $400. Instead of doing a tour and making a course from that I have instead gone out and filmed something that I think is pretty special, something that covers a huge amount of practical filmmaking subjects all done on location!

You can buy each episode individually or buy the whole lot for $199 and save a lot of money. You can also save $99 on that if you buy a subscription to MZed Pro where there are loads of other fantastic courses from Vincent, Alex, Shane and more!

My series is not part of the MZed Pro subscription, it needs to be bought individually. If you just buy my course it is $199 but if you sign up to 12 months of MZed Pro (which costs you $299 a year) then you can get my course for just $99!! This discount is a time limited offer so don’t miss out! Head over to http://gopb.co/mzed

Once purchased you can stream the series or download it in 4K!

Below is a slightly more in depth preview and after that is a breakdown of each episode. The 7 productions episodes alone are almost 8 hours in length and the post production episode that is coming on the 16th October will be rather long!

Throughout the course I will cover a huge amount of topics which each episode focusing on a key area. Lighting and audio is covered in detail throughout the series rather than separate episodes for each.

This free episode is an introduction to the series and includes a section on how to do Lens Whacking.

Covers all you need to know about cameras, settings and essential kit. This is a VERY comprehensive episode!

Visual storytelling where i will cover composition, lenses, movement and sequences. This and the first episode are the foundation for knowing how to use the camera. The next episodes become more specialist.

Interviews. How to light, record sound and how to actually interview someone. If you have ever struggled with bad locations and/ or bad subjects I will guide you through how to succeed in this tricky area.

Slow Motion. How to light it, how to shoot it and what works best. I adore slow motion and it is often overused (often by me) but in this episode I will explain fully the concepts that work with slow motion and how to execute the perfect high frame rate shots.

Timelapse. Everything from setting up your camera to choosing what to shoot, motorised shots, day to night, astro and tilt shift. It covers it all. All you needed to know about timelapse in one globe trotting episode!

Drones. How to get the most cinematic shots possible with these amazing devices. I will take you from the place where I first lost my drone in the Atlantic Ocean to the Mojave desert where I practiced every day to hone my skills. If you want to get great results with drones this is the episode for you!

Story. Here we put into practice everything we have learned and actually do a real shoot. In this episode I talk through how to find a story, how to set it up, how to plan the shoot, the shoot in detail including the interview, lighting, sound, sequences, movement…basically every episode that has gone before is revisited in a real world situation.

Post. Data management, organisation, best editing practices, working with sound and colour. This is the episode that binds all the previous ones together, where we see the results of all our hard work.

It is a huge series and something I am really proud of. The series is not camera specific as what I am teaching can be applied to most cameras out there. I personally used in the series: Sony A7S II, Sony A7RII, Sony A6500, Sony FS7, Sony FS5, Panasonic GH5, Canon 1DX MK II, Canon 5DSR, Fuji XT2, GoPro 5, Sony Action Camera, Pentax 645z, Sony A7R. The series was filmed by Julian Wakefield and Sarah Seal using the Sony FS7, FS5, Sony A7SII, Sony A7RII and Canon 1DX II

You can order it NOW at http://gopb.co/mzed

Here are some photos taken from the shoots featuring myself, Sarah Seal and Julian Wakefield. 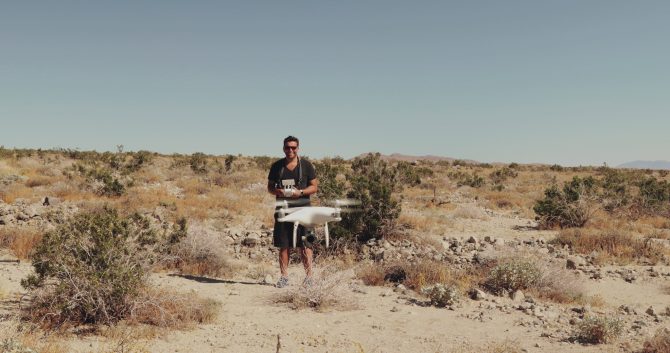 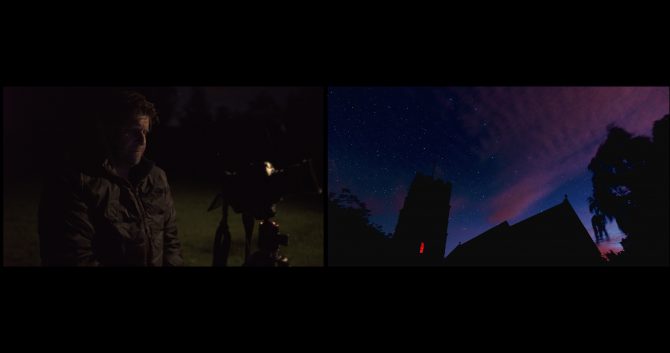 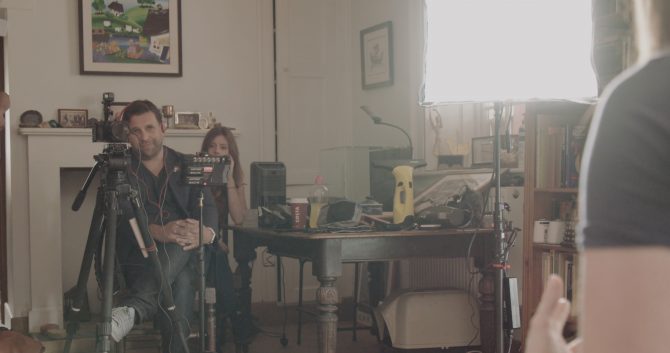 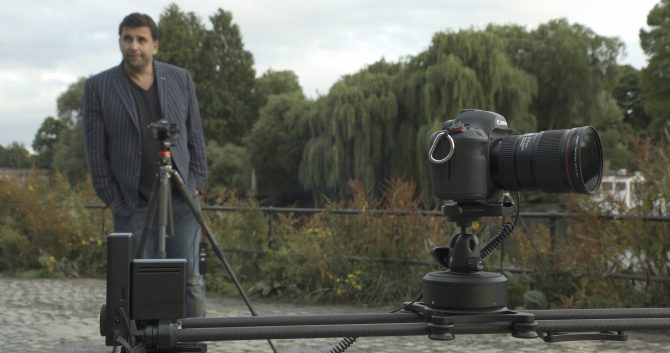 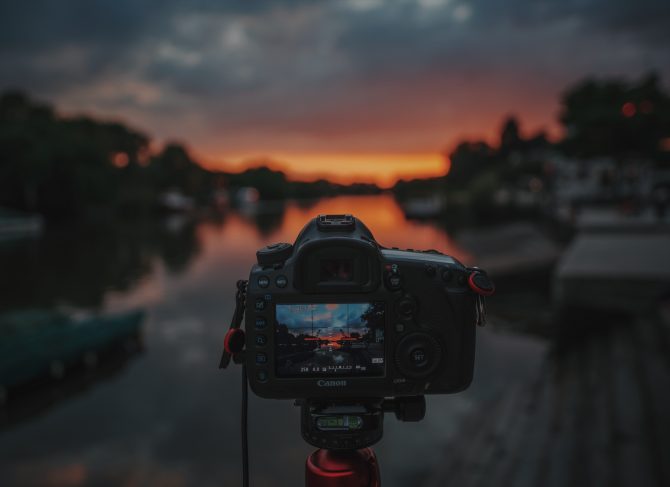 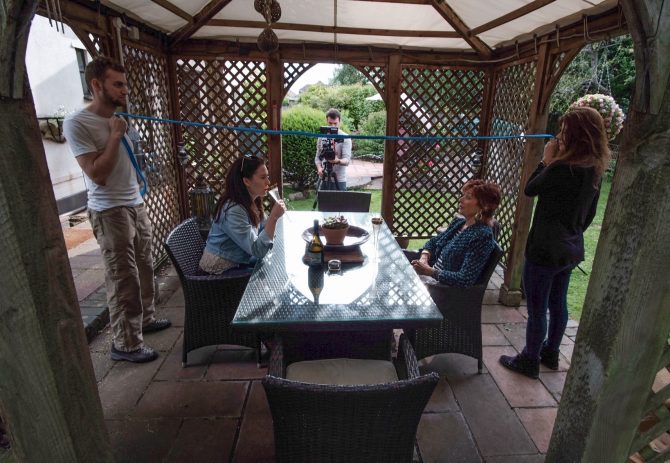 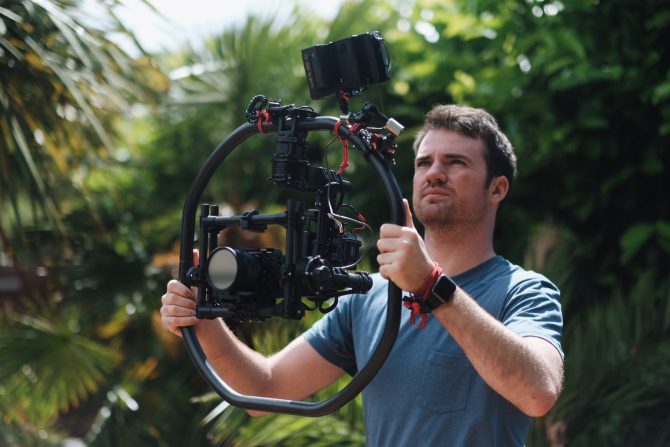 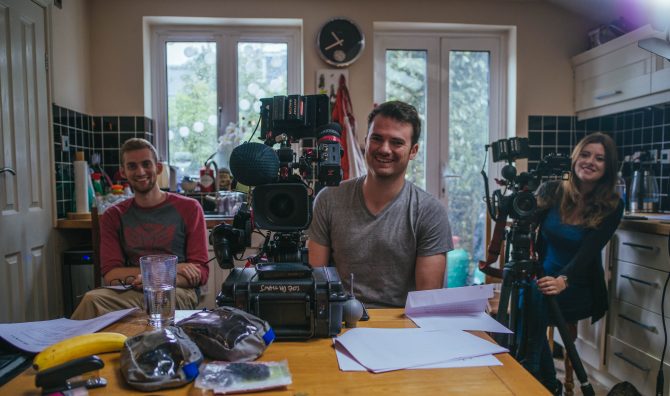 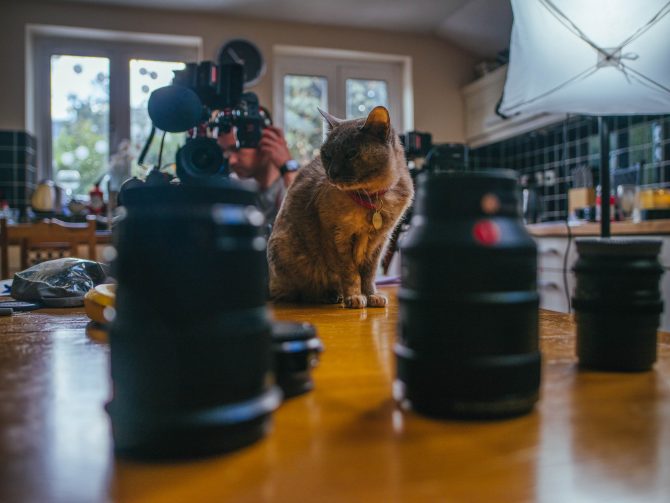 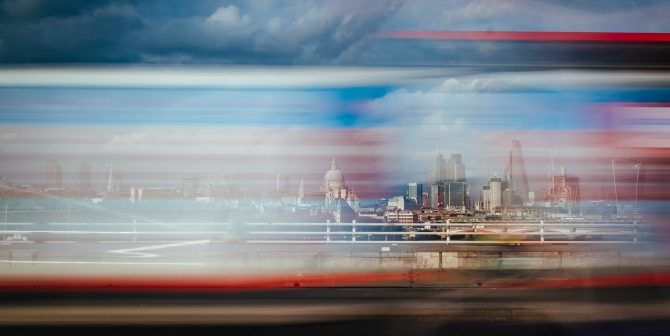 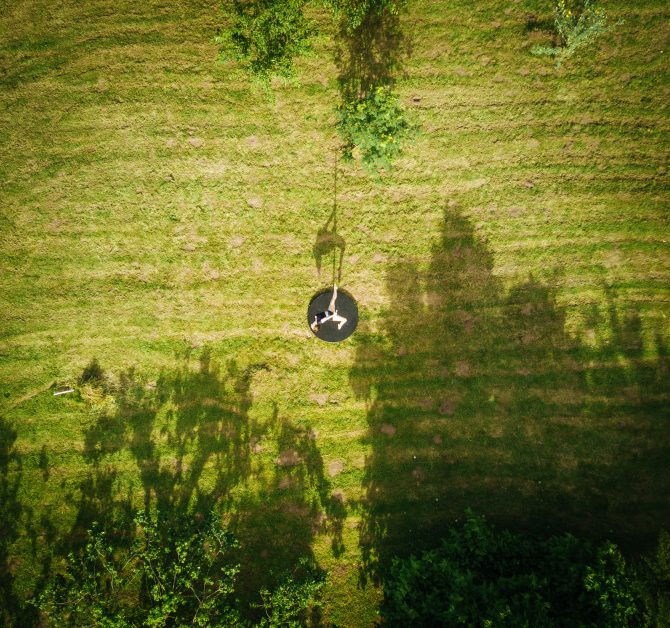 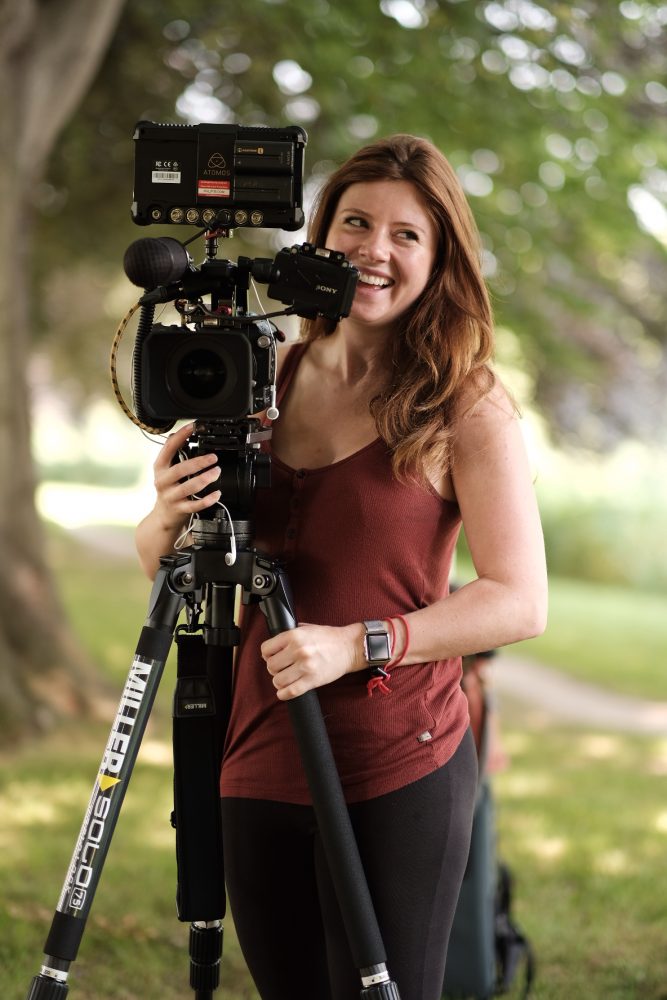 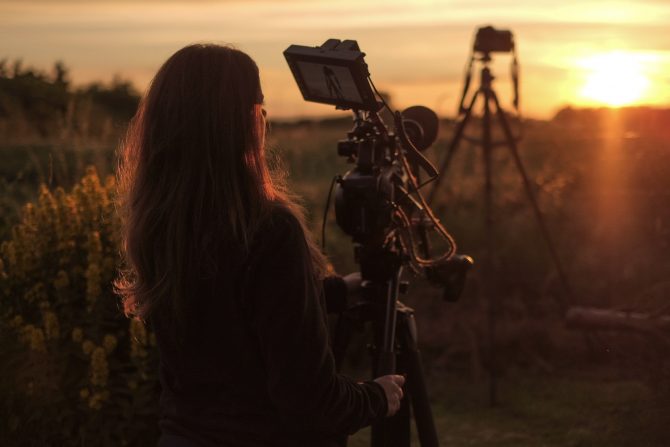 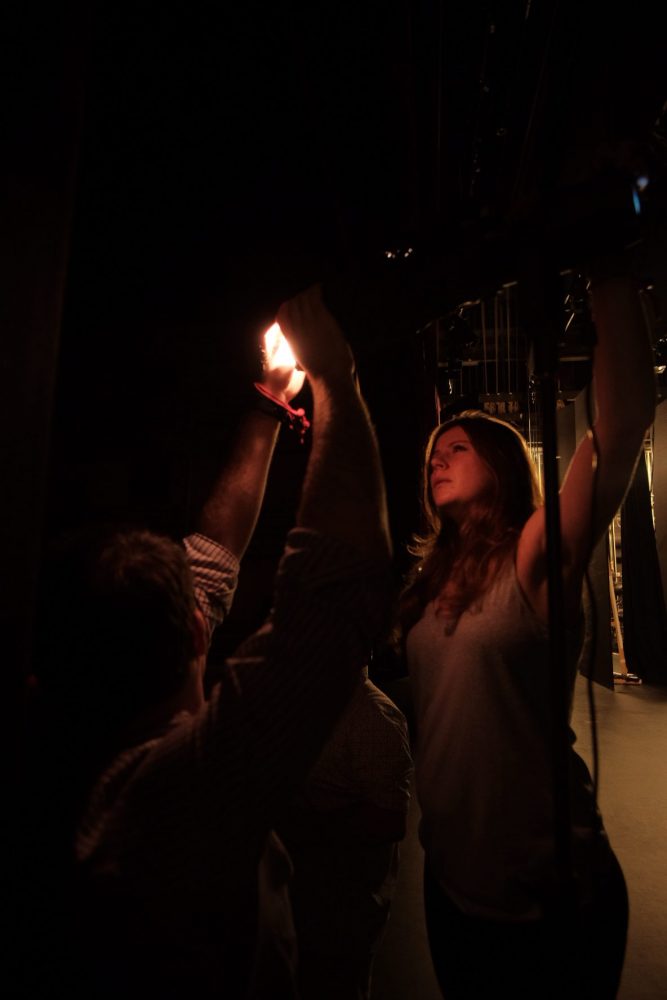 Here are the other courses which are available from MZED PRO: 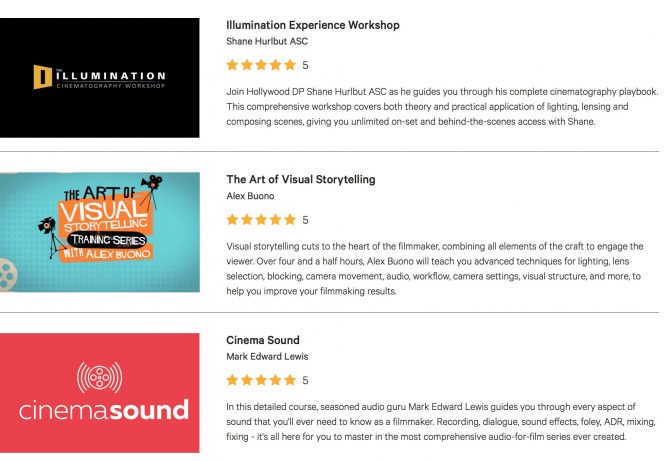 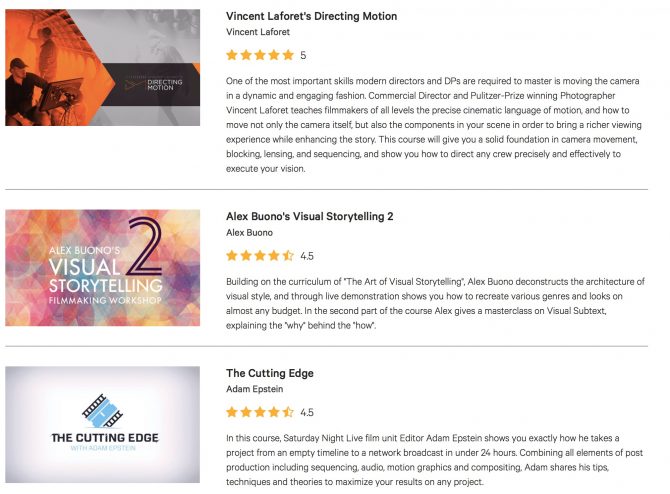 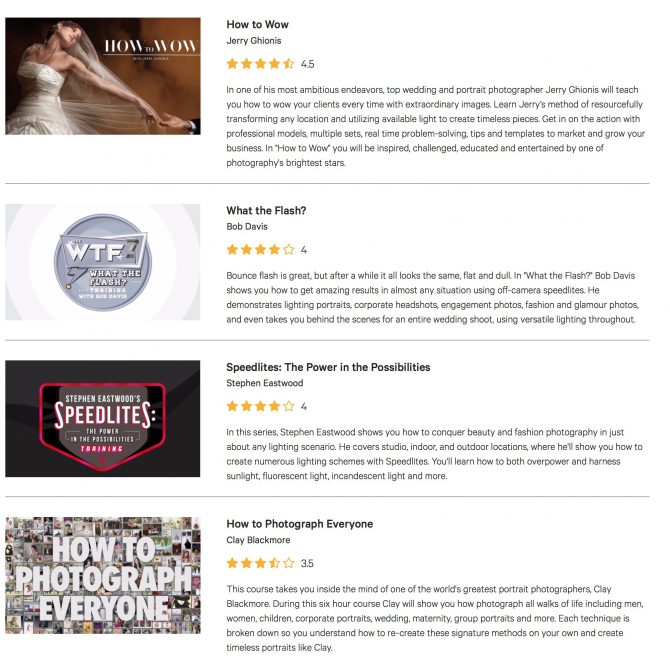