ETHICS STATEMENT: BlackMagic supplied me a camera for testing and evaluation purposes. I have not been paid for this and will never be paid by a manufacturer to review a product. This was all done in my own time an for the readers of my blog. If you do decide after watching this to purchase the camera doing so through my affiliates makes these reviews possible (CVP for Europe and B&H for everywhere else links are below!) as I can’t work when making these! There are so many other cameras out there I can’t review simply down to how long it takes and how much it costs in time and manpower to make them. This was easier than most as it’s a simple add on to the original review. The original review was over 8 days of work! Please read more on my ethics statement here. Thanks!

A note for anyone looking to pixel peep you are watching a highly compressed version from around 220mb/s down to my upload of around 14mb/s and the vimeo stream of 5mb/s. This will add compression artefacts especially on any shots with the BMD fine noise like the shots lit by one candle light of the cats. I will try and upload a higher bit rate version of that soon, but not the original. It’s too damn big!

I reviewed the EF version back in September. You can read about it and watch the very in depth review of the camera here.  There were many pros and cons. Which outweighed which depended upon the indiviual needs, hence I just listed them. One of the biggest issues for me by far was the choice of lens mount. I love Canon glass and have a lot of it, but they are designed for way bigger sensors than the small BMD sensor. This resulted in a large 2.3x crop of the image, but worse than that, the only light hitting the BMD sensor was from the centre part of the glass, not the whole thing, meaning the image was compromised straight off because of that.

With with that version also being a fixed mount, you were stuck with the Canon mount. Micro Four Thirds always made more sense to me as the BMD sensor is just a bit smaller than the Gh2/ 3 so they would be a great match. Blackmagic thought so too, so just after I put out my epic review on the first day of IBC last year, they announced an MFT (Micro Four Thirds) version.

Yesterday I received the MFT version from Blackmagic to BETA test. So yes, this is not the final version, so anything I pick up on here could change when it is released. When that is I don’t know. The trickle of EF cameras has been painful. My order, which I put in back in April when it was announced, came into stock mid February! So hopefully production has ramped up a lot and will continue to because personally, I think this is a better camera than the EF version. Why? Watch my review below! After the video there are some additional thoughts from me.

Review was shot on the MFT BlackMagic with the Voigtlander 25mm Lens. Shots of the cameras were done on the Canon 1DC in S35 mode using the Canon 100mm L macro and the 24-70 F2.8 V2 Canon 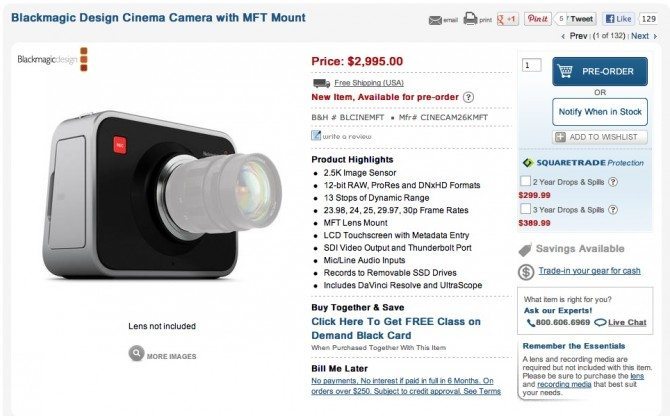 So…I recommend the MFT over the EF BUT is this a blanket recommendation? No. Everyone’s needs and circumstances are different. When I say I recommend it, I mean it is my choice of the two…if you own no MFT glass at all and lots of Canon glass it’s hard to justify going that route. The only reason would be if you wanted to use the MFT with the Metabones Speedbooster giving it effectively an S35 look. The problem is that Blackmagic did not make this MFT mount active. This means no power for the metabones which means no iris control, no is and on some glass no focus. This is a huge issue. I don’t know the decision behind the lack of active mount but it’s a problem. I own lots of MFT glass as I have been a GH user since the GH1 but even here my lovely Olympus F2 zooms and Lumix glass are useless. They need power to control the iris, IS and focus. This means manual MFT glass only like the ones I used above or adding say a Leica mount, PL mount or something else.

The main reason I recommend this version is not a financial reason, that would be harder to justify as most would be forced into buying lots of MFT manual glass and there isn’t that much around and buying glass for just ONE type of mount is always risky* (see below) Certainly no zooms I know of. It’s just the flange distance makes way more sense for that sensor size and the image of the Blackmagic MFT with my Voigtlander glass is just damn gorgeous as it’s using more of less the whole lens.

Image fidelity is paramount and with this camera with the right glass we can get great images which with the EF version was much harder due to being locked into that mount.

So remember before buying decide what works best for you. It may well not be this camera, but for many it won’t. If you are dead set on a Blackmagic camera then PLEASE weigh up the pros and cons of both versions. For me, this makes the camera way better….I just wish it had power on that mount. DAMMIT! Maybe on the release version. Did I say i wished the MFT mount was active?! 🙂

*Oh yeah…the other massive caveat that you must remember if you are getting tthe MFT version and spending money on glass for it. Please remember this glass will only ever cover a micro four thirds sensor size max, so if you decided to go S35 at some point and if BMD bring our an S35 version this investment in MFT glass won’t be much of an investment. You will have to sell them. I do advise to buy glass that work across all cameras, normally that recommendation is Nikon glass. It works on almost anything. So remember that last caveat. Don’t spend a fortune on glass if you don’t think you will stay in the micro four thirds camp for quite a long time!!

I really hope production will ramp up soon as the trickle of cameras has been painful to watch and I know a lot of frustrated people out there! By the time they get their cameras Blackmagic may well have just announced V2…who knows!

Final note….I wish I could do more reviews…there are so many I haven not covered. These reviews are made with no financial support the so number i can do is severely limited. Please just be happy that I am able to do any 🙂 Please remember when I do these I cannot work on paid gigs. In an ideal world I would find a sponsor to help get these made. I cannot accept money from manfuacturers. I do have a tip jar on the vimeo page which helps…but if you are interested in sponsoring these please get in touch with me…thanks! I would love to do more and if it were more financially viable I would do. 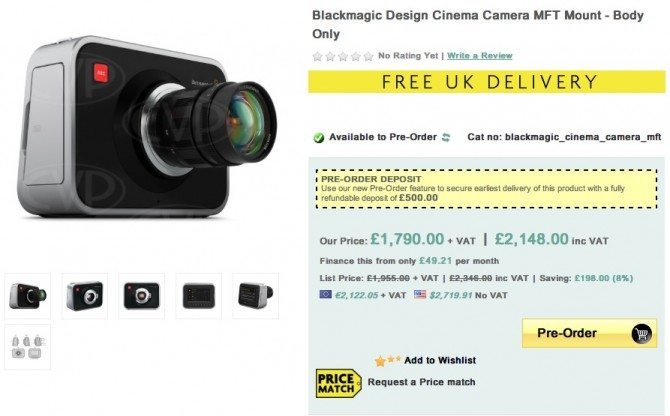