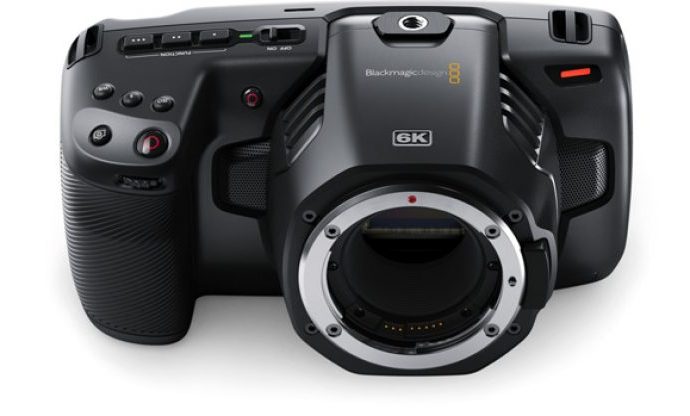 The sensor is a 6K S35 23.10mm x 12.99 sensor with 6144 x 3456 resolution and the lens mount is Canon EF with full electronics. The body is almost identical, just with a slightly longer front end to accommodate the longer flange.

Here are the full specs 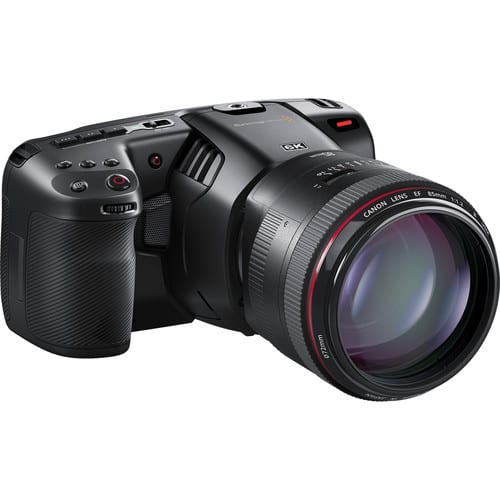 It shoots in the same codecs as the 4K camera, ProRes Proxy to HQ and Blackmagic Raw. 6K is just Blackmagic raw though. It seems ProRes over 4K isn’t supported, I don’t know why.  The full bitrates are below:

Apparently, it is shipping now. B&H already have it listed on their site and as available from tomorrow.

It’s a shame they didn’t fix a couple of the Pocket 4K’s biggest flaws (for me at least), that is the terrible battery life using the Canon LP6 batteries and that the screen REALLY needs to articulate. I have owned the 4K since September and these are easily the most annoying things. Yes, you can power externally and yes you can add your own screen but wouldn’t it be great if you didn’t have to? This is where I get told off in comments that it’s a cinema camera and you are supposed to rig it up. Fine, just don’t call it pocket then OK? Cinema camera is just a name after all. Please don’t use it as an excuse to leave out things which would make our life easier, like proper battery life, internal NDs and yes, if you are going to slap on a 5″ screen make it articulate so I can use it without having to be direct in line and behind it! 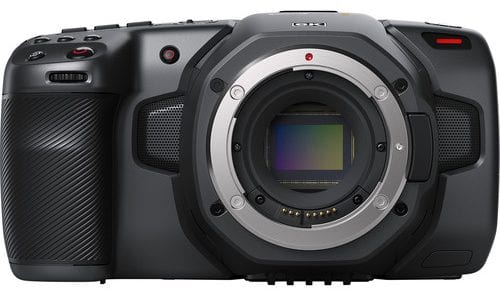 The Z-Cam E2 may not have a screen but that manages to have great battery life with the choice that they went with, Sony L series batteries and it is tiny. There is no proper screen on it but you simply add your own of course.

Of course, it is way easier and cheaper for them to keep it the same as the 4K model, at least if you own the 4k your accessories will still work…just not those fancy speedboosters am afraid! It’s a little ironic that with you can actually achieve a wider field of view with the appropriate speedbooster on the Pocket 4K than you can with the Pocket 6K and EF glass!

It would be amazing if the camera has top notch phase detection autofocus but nothing has been mentioned by them, if it had it they would have bragged about it wouldn’t they? Going on all their other cameras, including the pocket 4K, I expect the best we can expect is push AF. It’s not a cinema camera after all! Oh wait…the Canon C200 and C700 are cinema cameras and they have ND and superb AF. That’s very naughty of them and they should either remove the cinema camera name or remove those features! 😄

Anyway, I talk too much of the negative. This is a big deal. To have a 6K S35 camera at $2495 and if it is as good as the Pocket 4K then it is going to cause headaches for all the competition. Plus it comes with the full version of Davinci Resolve as usual so it really is an incredible deal.

If Blackmagic can actually get these into the hands of customers quickly and not have the debacle of the pocket 4K then I think they will sell like hotcakes, hotcakes that are still hot by the time the people buying them get them!

Will I buy one? I would like one for sure but I simply cannot justify it when I have a full-frame Kinefinity MAVO LF which is also 6K. I would love to try it though if anyone at Blackmagic is reading this🙃

Also I am really hoping to get the new Z-cam S6, if it’s as good as the E2 then am sold!

Congrats then to Blackmagic, even if you didn’t sort out the battery life and that screen!  😉