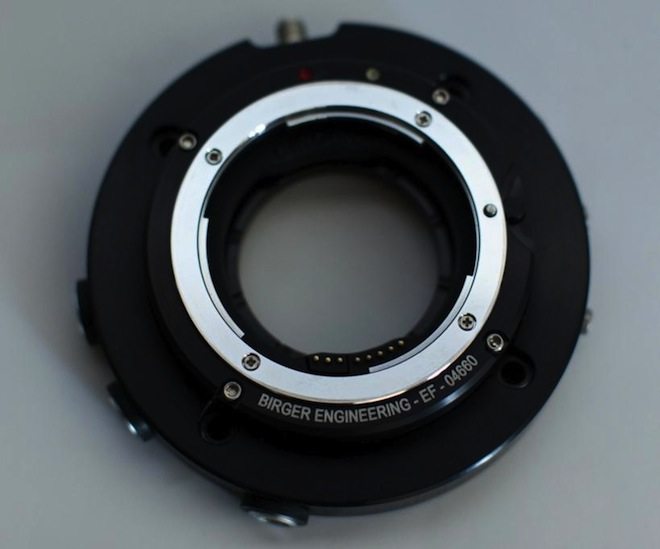 ETHICS STATEMENT: I have not been paid to do this review. I asked for a demo unit to review and was supplied with it. I will be returning it as soon as Erik bugs me for it back!

I know everyone is waiting for this to come out…me too. Lots of people have loads of lovely Canon glass but can’t use the damn things due to that pesky electronic aperture of the EOS lenses. Nikon were decent enough to make their aperture in the G Series lenses a simple mechanical switch. So to use Canon glass on the AF100 we could either use the not very good Kipon adaptor with secondary iris blades, or else a dumb adaptor, which means setting the aperture while attached to an EOS camera first, then locking it off and putting it on the AF100 camera. What a drag.

Well this mount from Birger Engineering was announced a while ago and we are all eagerly awaiting it. I contacted Erik Widding asking if I could try out either the FS100 version or the AF101 version. He shipped me this one (which is better for me as I don’t actually own an FS100…yet)

It’s pre-production so not perfect. Larger than the production model, and there will be a wireless version too. I don’t know pricing. I don’t know availability so don’t ask. Like you, I want it to come out yesterday, not just for the AF101, but for the FS100 and the F3. It’s a fantastic piece of kit. Controls the iris as expected, and the follow focus part is smooth as butter. I want one as much as you do…check out my video look-see below…