Not much in life is free these days, but this is and it’s worth your time. Bad is Bad is a pretty good little indie film. I watched not expecting much and thoroughly enjoyed it. Shot well, acting not bad and well directed. I wish the sound was more “hollywood” but that’s me being picky, I just am used to “fuller” sound but it’s far still pretty good!

I thoroughly recommend downloading it and watching it on your media player on a TV or through internet TV. Watching an almost 100 minute film on a computer sucks to be honest and does it no favours. Watch it on TV and it shines…oh and stick with it. It didn’t grab me immediately but after a little bit I was in! It won’t be everyone’s cup of tea…What is really interesting though is why it’s online for free and is this a wise thing to do rather than try and make money from it…That was the guy’s initial plan but a number of factors meant they decided to make it a calling card instead, that is detailed below…

So here are some words from Director Kent Lamm on why he made the film and why it is available for free on Vimeo. Nice job guys and a great calling card!

Chris Fornataro and I started writing Bad is Bad in the summer of 2009 with the intent of filming it ourselves and submitting it to film festivals. Since we were (and still are) poor undergrad students, we planned it out so that we could film it for practically nothing, writing in only resources and locations which were at our disposal for free. In the end our total budget was about $6,000, the majority of which was for equipment. We raised this money through part-time jobs and by winning several cash prizes in short film competitions. 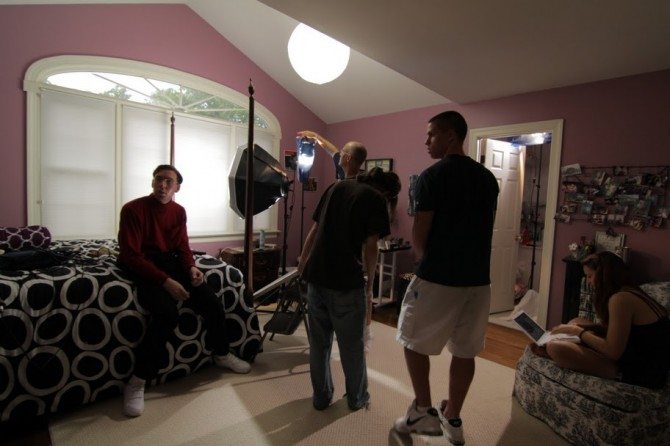 We shot on the Canon 7d because it was the quickest, easiest, and (with exchangeable lenses) most versatile camera to shoot with, and the price was reasonable. We purposely did not use much of the super-shallow DOF which DSLR filmmakers so often (over)use. We favored wide shots in the cinematography to give the movie a more austere tone. We also made sure not to fall into the trap of trying to make a Hollywood style movie with zero budget. We played to our strengths: good actors, a good story, and the fact that we could do anything we wanted in the script or on set because no producers were looking over our shoulders. After 18.5 days of shooting, we were wrapped, and once again broke. 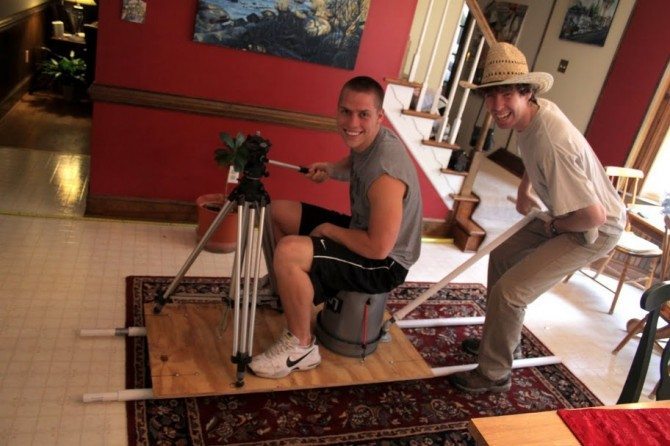 After an extremely intense and rushed editing process we started sending it out to film festivals, but were not having any luck. Eventually I realized that my supposed final cut of the movie was too slow, especially in the beginning, and in many scenes the editing was simply not up to par. I went back and overhauled the entire movie with this new cut which is far superior to the old version. 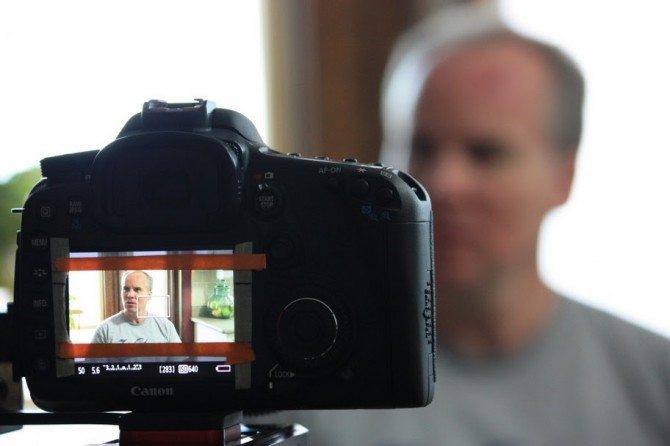 Now that we had our “final final cut”, we didn’t have the money/patience/desire to try submitting to a bunch of fests again. We didn’t try for distribution because we knew that movies like ours don’t get seen by anyone unless they won awards at Sundance or other monster film fests. Also, since we didn’t have a reputation or big fanbase, and there’s no names attached to the movie, it would be tough to convince many people to pay to watch the movie.
In the end, we figured it was only $6,000 between us, and we’d rather have a lot of people watch the movie than make back a few bucks from iTunes sales. And so far… it’s worked out great for us. In just three weeks we’ve been able to get feedback from people all over the world, most of which has been overwhelmingly positive. Putting the movie online has already led to some new opportunities for us and given us more exposure than we ever could have hoped for from other distribution methods. Using Vimeo and Youtube as free distribution channels for no-budget features is a highly underrated strategy, because if the product is good, it WILL get seen, maybe by someone who will want to pay for your next project!