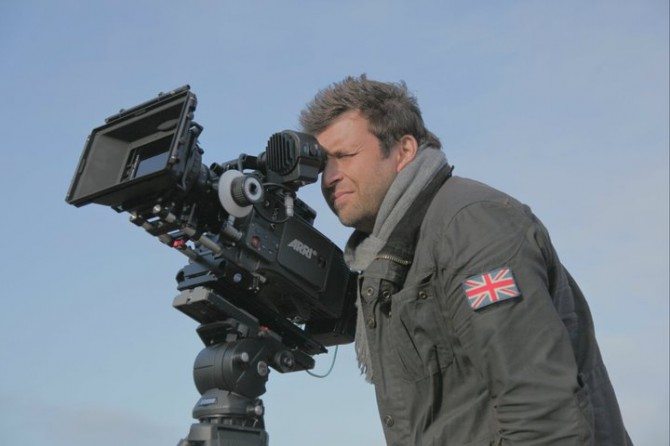 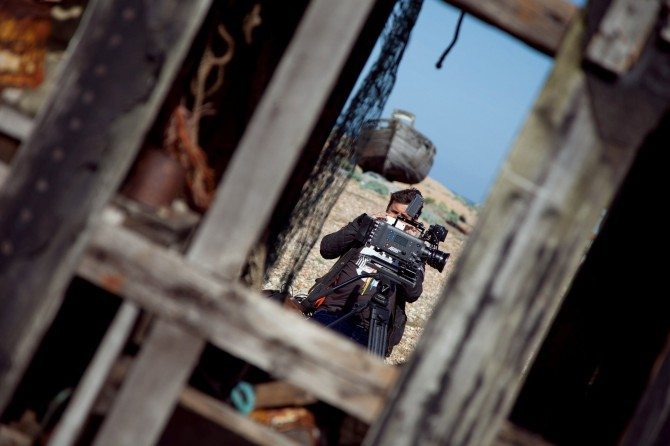 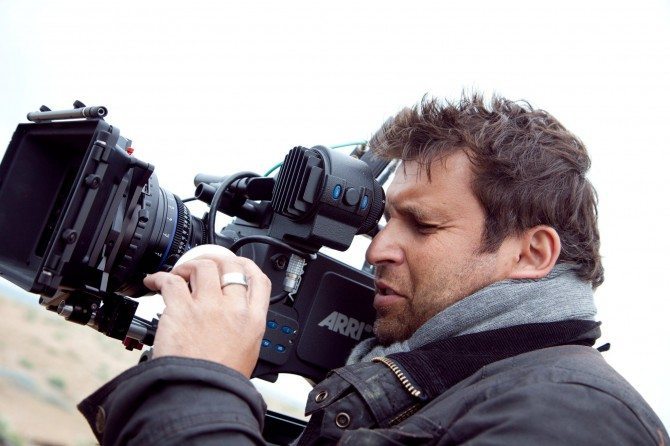 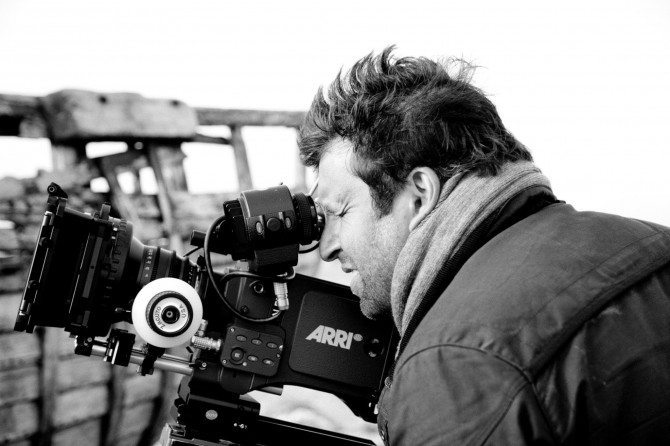 The plan was grand. High concept. Great location. Great actor. But as seems to happen a lot these days things went pear shaped the day before.

Arri were kind enough to let me borrow their wonderful camera the Alexa for a weekend and I had lined up a superb project to shoot it on but as I said above, it was not to be. Well I wasn’t going to waste my first time with the camera so I decided to simply shoot a little entry for my own “End of the world” challenge. Low concept, no actors, just me…but a chance to simply get used to the camera as it was my first time hands on with it. I decided to do some indoor lit scenes (lit with practicals and 1 Litepanel 1×1 bi colour) and some high contrast outdoor scenes.

It’s actually a really beautifully easy to camera to use. Incredibly intuitive with one of the simplest and easily accessible camera menus I have ever seen. It was also a chance to use the 3D mic pro that I am trying out from Mitra. It’s an utterly bizarre looking mic that pics up sound 360 around you and when listening through headphones (which I recommend you do with the piece) is is remarkably effective! It’s not cheap though. Around $1600 or so…I have to admit I was expecting very little from the mic. It’s big, funny looking, has horrible 9V battery connectors. But as soon as I heard it on location with the wind and sound around us I was wowed. The sound is incredibly immersive. Very impressed. 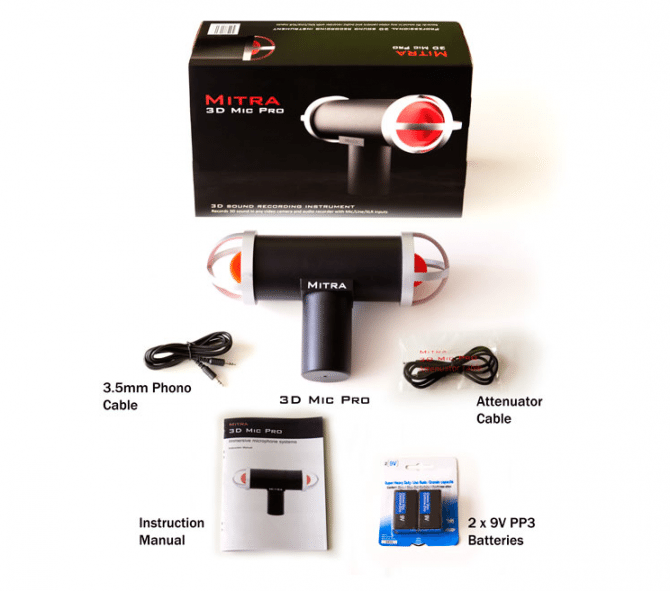 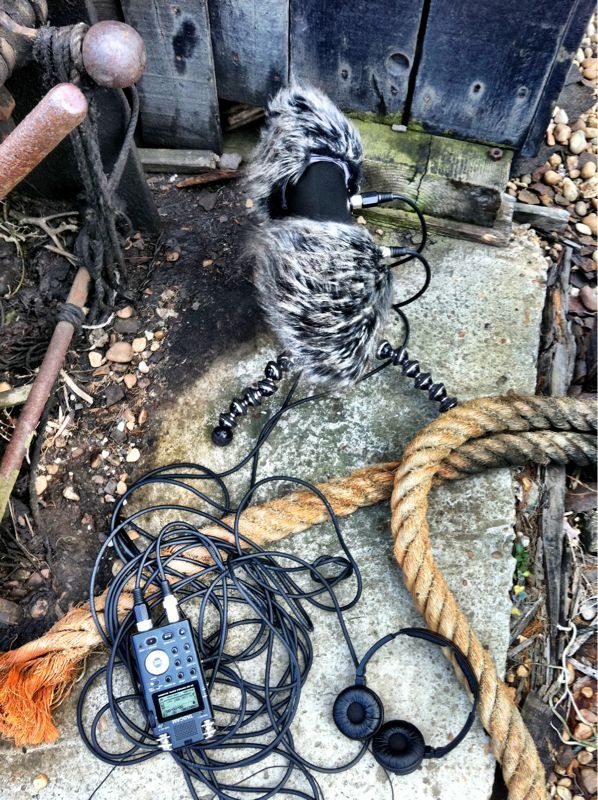 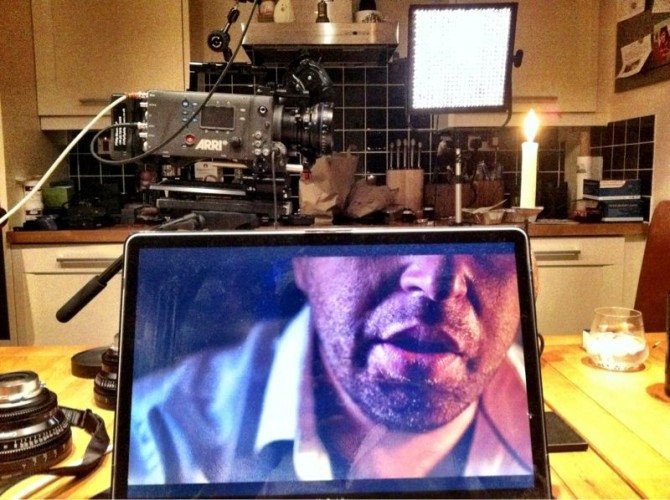 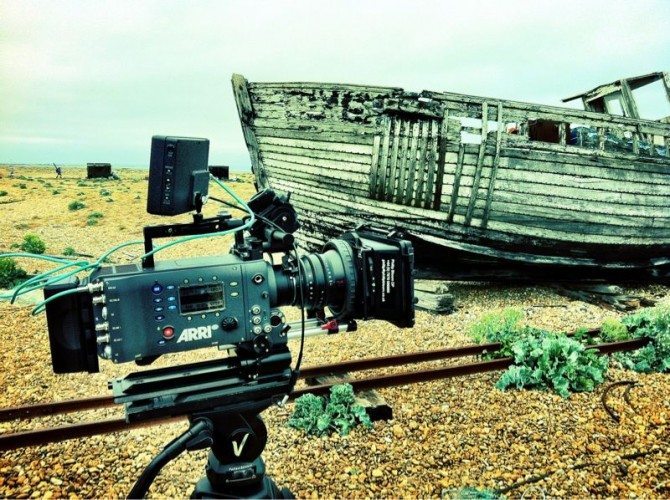 The Alexa is a cinema camera. That is what it is designed for and that is what it excels at. It produces 14 stops of latitude which is just exceptional for a video camera. Most cinema camera simply need a team to operate them. Not the Alexa. I shot most of this on my own. All the stuff inside my house was all just me. All the dolly moves here done programmed on the Kessler Crane Oracle controller and the dolly used was the 3ft Cineslider which can take the weight of a DSLR and a fully loaded Alexa and let me  tell you…that Alexa is one HEAVY camera!

How do you get camera movement when you are filming yourself and have no operator? Exactly the same as if you were using a DSLR that’s how! Although due to the camera’s weight the Cineslider was the slider needed, coupled with the Oracle controller and it couldn’t have been easier!
I placed the Cineslider on my kitchen table, mounted the Alexa to the caddy, ideally you would use a high hat but I wanted the camera to be as close to the table as possible, so I mounted the camera plate to the caddy. Plugging in the Oracle I simply peformed a real time slider move using the joystick and got the Oracle to remember it by holding down one of the 3 program buttons, then simply performed the move in real time. Once the move was performed. I simply returned the camera to the start position and pressed the program button and off it went, although at the start of the program I did press the top button of the joystick waited for ten seconds then started the move. This gave me enough time to get in position before it started! I did the same thing on the beach in Dungeness.
The Cineslider can take the weight of your smallest camera to the beast that is the Alexa. I don’t use it as often as my own PB dolly but there is no way that could take the Alexa. The Cineslider is the most versatile slider on the market and coupled with the Oracle I was able to give the illusion that the crew was bigger than just me!
I did a little live USTREAM whilst I was doing it which you can see above. Sorry about the ad and the poor quality. 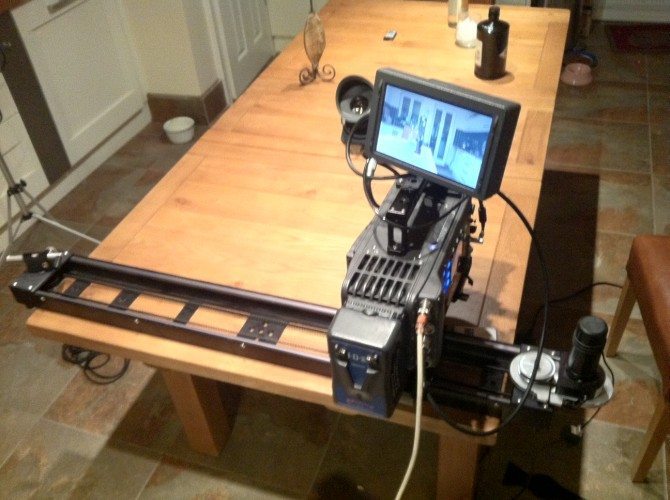 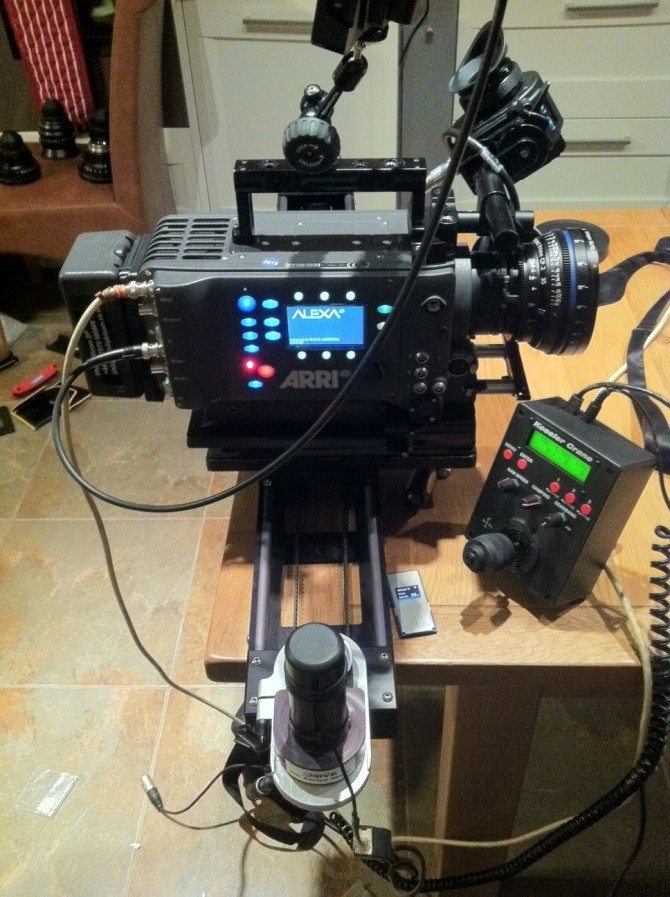 I shot everything at Pro Res HQ using SxS cards, the same ones I use with my F3 and EX3! I also shot it Log C. A superflat looking image a bit like the Cinestyle on the Canons we are using right now but even more extreme. It looks awful when recording but you can monitor on the EVF and monitor in REC 709 which makes it look much nicer. Above is a shot of Log C and a graded version of the shot. Don’t try and shoot with Log C in your viewfinder. It’s horrible but the information you can pull out of it is simply amazing!

Lenses wise I use the Duclos Tokina 11-16mm, 35, 50 and 85mm Cp.2, and a Red 18-50 T3 lens. I also used an ARRI MMB1 matte box, some Tiffen filters including grads and the excellent Lightcraft workshops 4×4 Fader NDS which work a treat. Put A filter in the back, B filter in the rotating tray and it works just like the screw on ones! 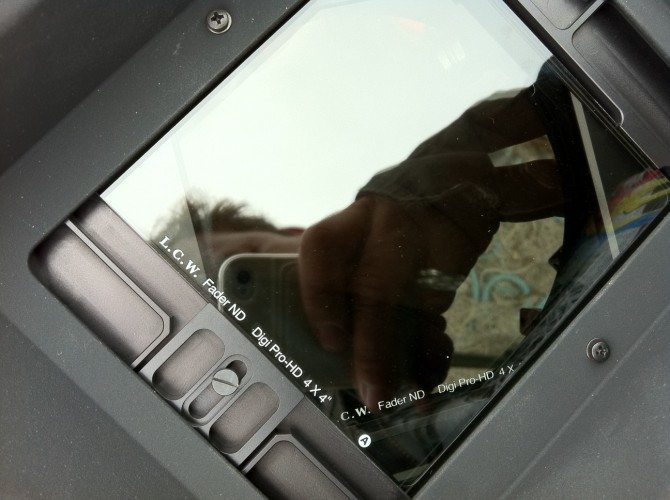 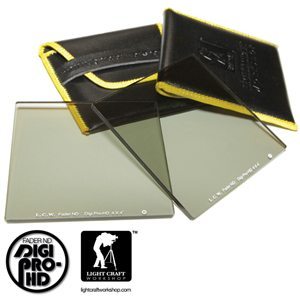 Anyway…enjoy the little film. As I say it’s not much. Just me getting used to the camera. ARRI have been kind enough to let me borrow it again. Next time I won’t let my big plans get screwed up!

The challenge was to create a sense of misery and finality through the images and sound design. If I can’t tell a story through my images then I am not doing my job!

This piece shows you just how bloody easy it is to use an Alexa. My first time with it. No crew apart from down on the beach. All self operated and in it! Remote camera moves thanks to the Cineslider. In the shot of me smoking the cigar, I even pulled focus with my spare hand!

For me that camera is my Aston Martin. I shed a tear when I gave it back earlier. One day…

Big thanks to James Miller and Greg Richters who helped me lug the gear around on Dungeness beach!!

Terminus from Philip Bloom on Vimeo.

If you are worried about the fish. A fisherman had just caught it and I simply shot it where it lay. It was already dead. Just nerves twitching…