IBC 2011: Review of the new Sachtler ACE tripod for DSLRs 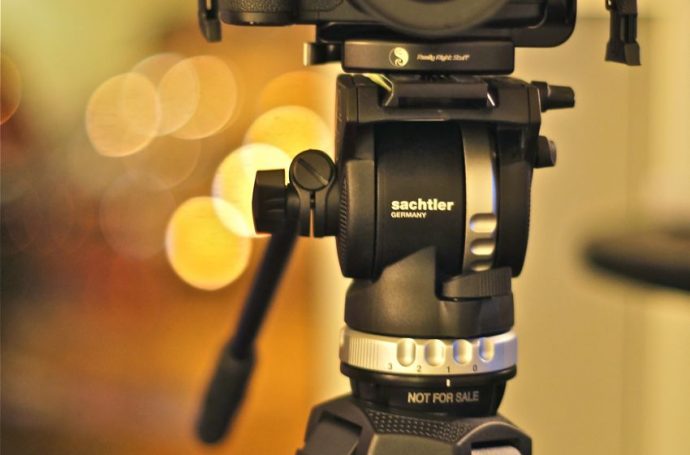 BLOG DISCLAIMER: I do not work for Sachtler or Vitec. I have not been paid to do this review in any way.

I was lucky enough to blag a demo version of this new tripod from Sachtler for review a week or so back. It was unveiled on day one of IBC (today) in a press conference.

So why the big deal and is it any good?

My favourite tripod for DSLRs has always been my trusty Miller DS20 with solo legs, but it’s a $1500 investment. Not a huge amount at all for a decent video tripod but out of the price range of many, especially DSLR shooters. There are loads of low market tripods but I haven’t liked any of them. I have a couple of Manfrotto ones but the heads are really not great for me. The flat head ones are useful to put on sliders, but a non ball-mount tripod is a massive pain to level. Ball mount is the way to go…

Sachtler have been around since the late 1950’s and became part of the UK company VITEC in 1995 but still very much operate independently with regards to their products. My first tripod 20 odd years ago was the good old Video 18, which is still around today because it’s so damn good. It’s not cheap though. £5000 ish for head and legs. It’s also total overkill for a DSLR, even though that is the tripod I used when I was shooting RED TAILS  as you can see below…

It’s a great tripod but heavy. Not ideal for fast one-man DSLR work. Sachtler do make a very nice lower end tripod for smaller cameras which is still are around £1000. Great price but still out of the question for many…

That is where the ACE comes in. It’s priced at around £480 for the system. The sticks and the head. Suddenly we have a really affordable excellent tripod and it’s still a Sachtler. Something reassuring about the brand, certainly for me having used them (and Vinten) all my career.

It’s designed for payloads of up to 4kg, so it will take your pimped up DSLR just fine. It will also cope with cameras like the AF100 and FS100 just fine.

It’s a 75mm bowl head tripod, so it’s great for easy adjustment of the level.  It packs down nice and small, meaning it can go into a suitcase easily – I don’t like having to have a whole extra case just for my tripod with excess baggage costs on planes these days!

The head is lovely and smooth, although it doesn’t have quite as many friction points as I would like on the pan and tilt. From 0 to 3. But it’s fine in practice. Sachtler friction is in whole stops unlike others where you just turn the dial until you are happy. It also means at 0 the head has zero friction on it so it’s free floating. Good for controlled pseudo handheld work.

The sticks themselves are very good but not the greatest in the world, nor should they be at that price. I still easily prefer my Miller Solo legs mainly because they go so damn high and so crazy low. The ACE legs don’t, they are more traditional in height ranges. There is a mid spreader that can be extended out to make it go a bit lower, but we are still talking no lower than about 3 feet. You can buy them with a floor spreader if you prefer which does go a bit lower, but I hate floor spreaders! The tripod can take 20kg of weight. Not sure if that’s with the legs all the way down or at any height. There is a floor spreader version which lets you have the tripod sit 20cm lower than this version, so worth considering. Shame this one doesn’t.

There is a nice 5 step counterbalance dial which works great for balancing your camera.

Here are some specs for you:

Head on its own weight: 1.7kg (only sold with sticks)

I have done a video review of the tripod which you can see below where I talk more about the tripod. If you are interested in what the video was shot on, it was using the new Sony NEX5n and a Samyang 35mm f1.4 and old Nikon 50mm F1.2. Really impressed with this little camera, I will do a full review once I have had a chance to shoot more with it and once I get the OLED viewfinder. I had ZERO light in my hotel room. This was lit by the dimmest bedside light in the world and the TV! 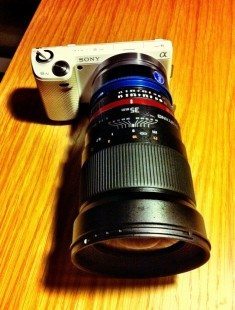 It is due to go sale at the end of October. But as soon as I find it online I will post some links. Overall, this is a bloody damn good tripod at an absolutely bargain price! 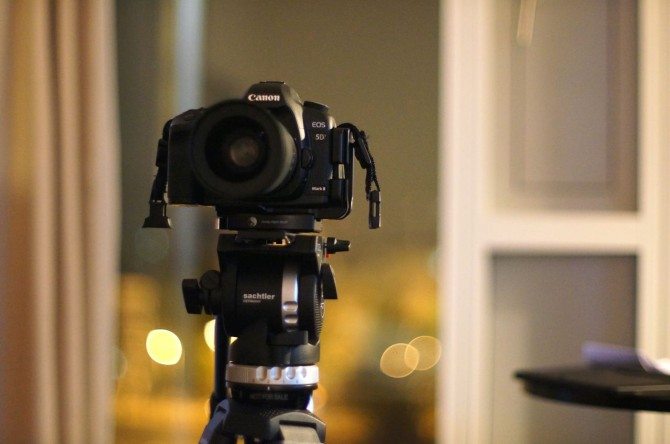 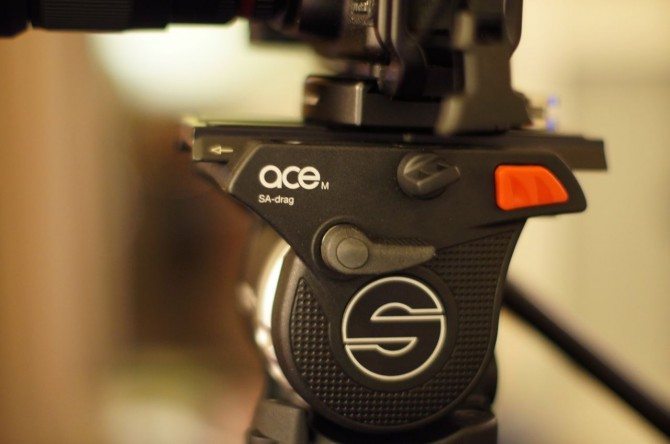 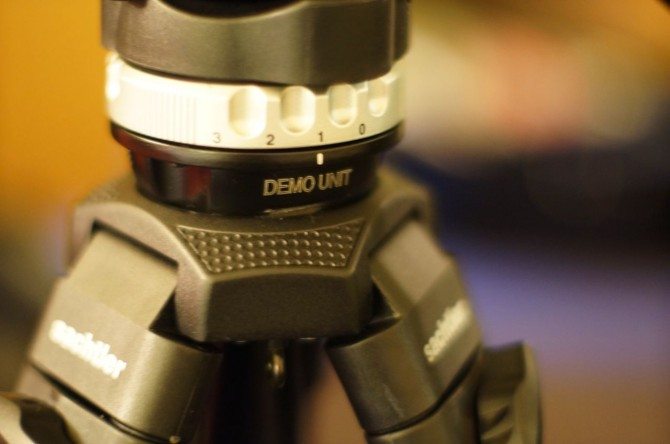 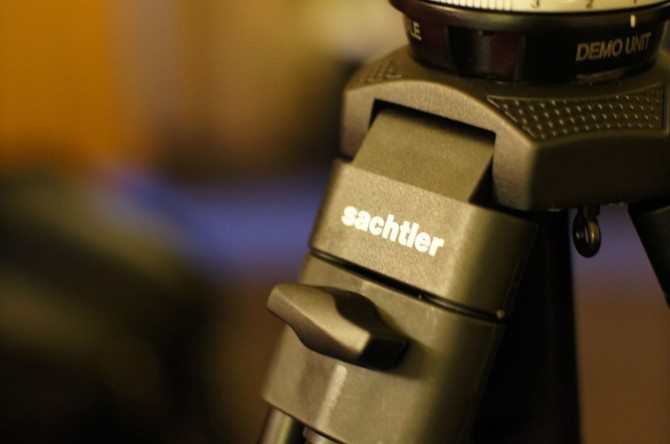 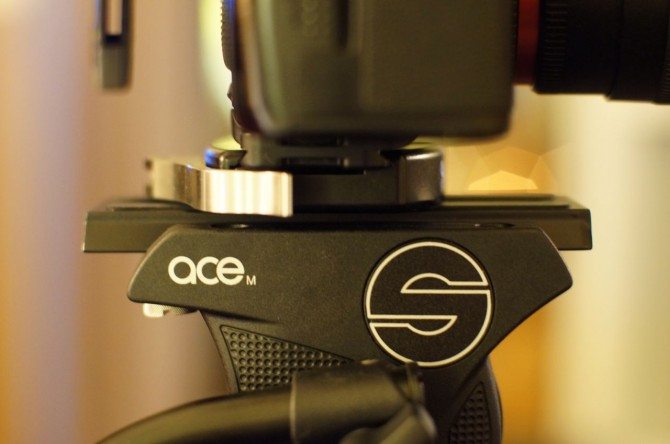 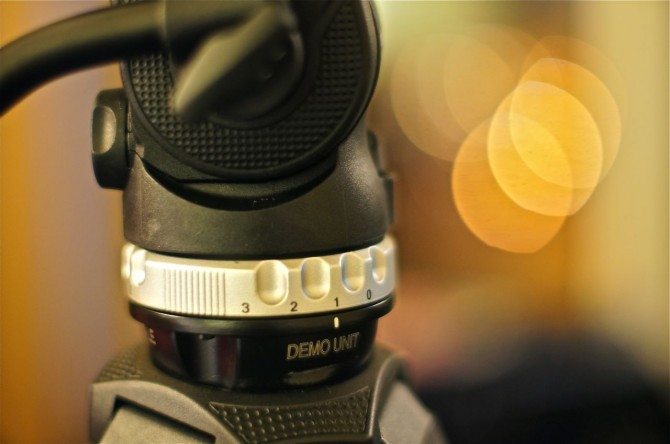 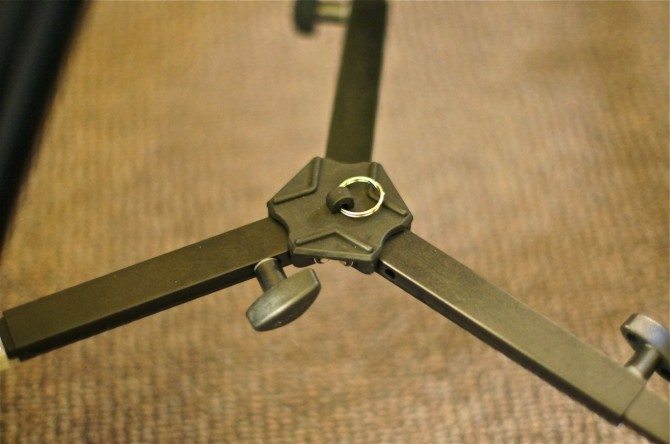 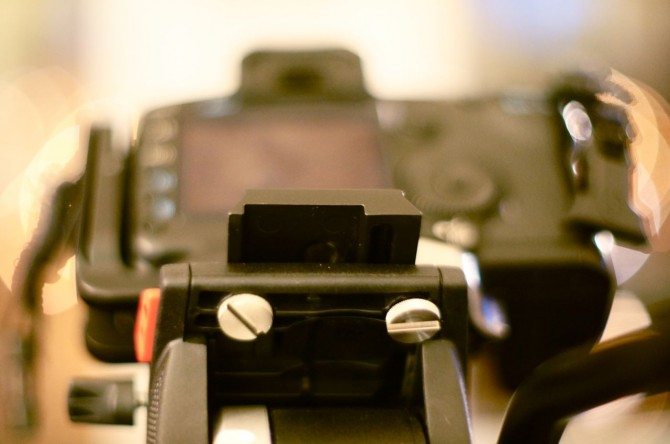 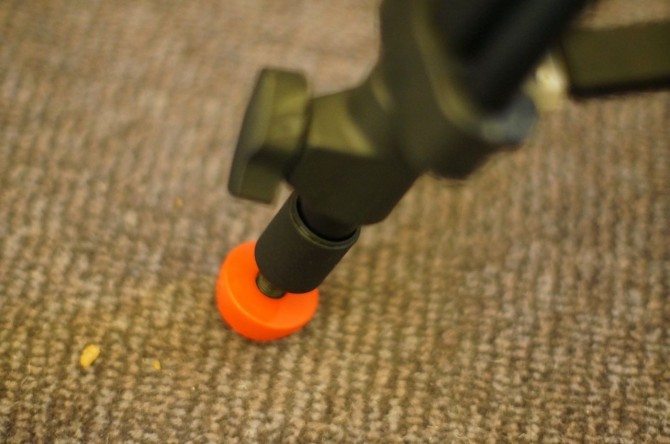