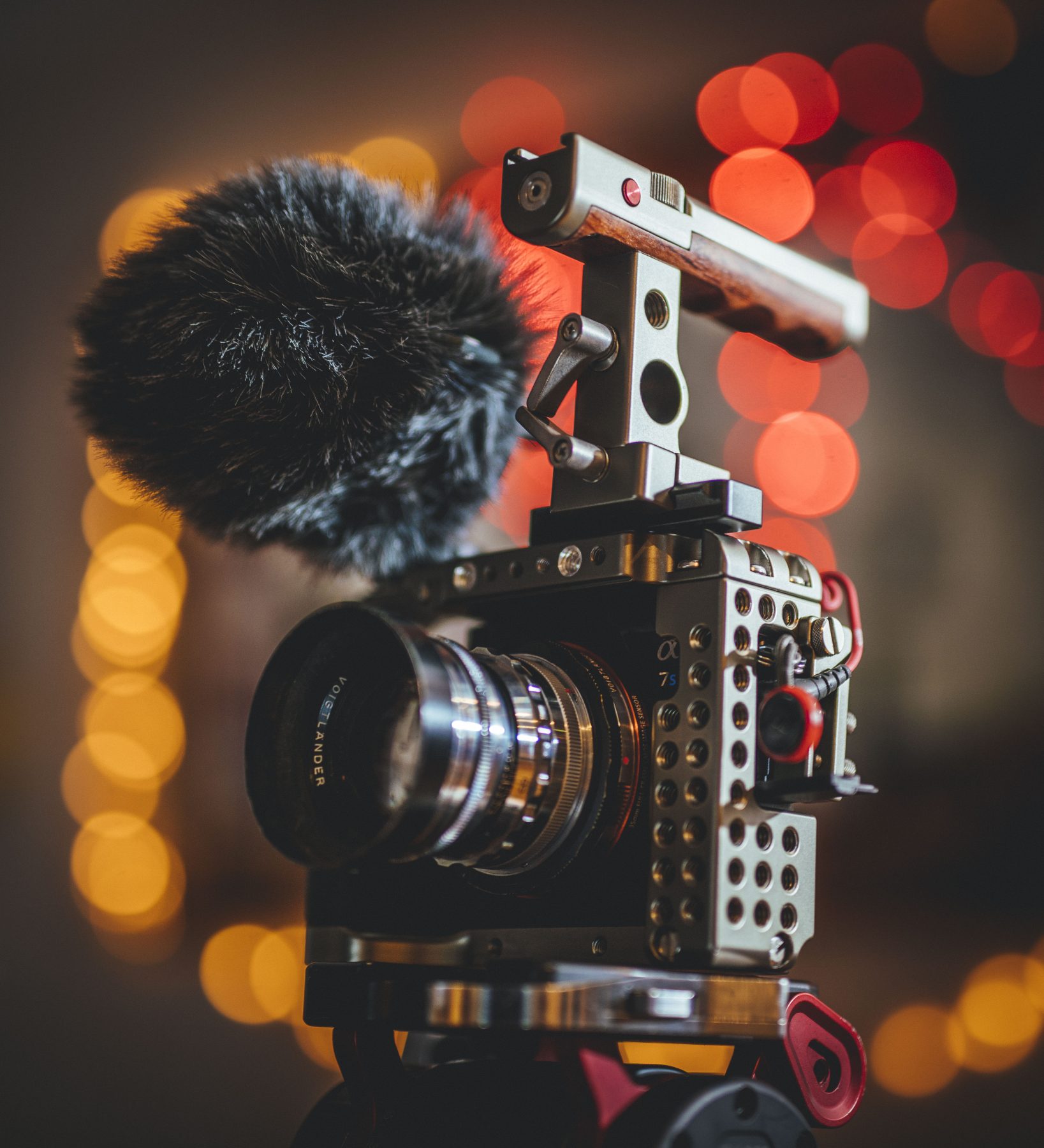 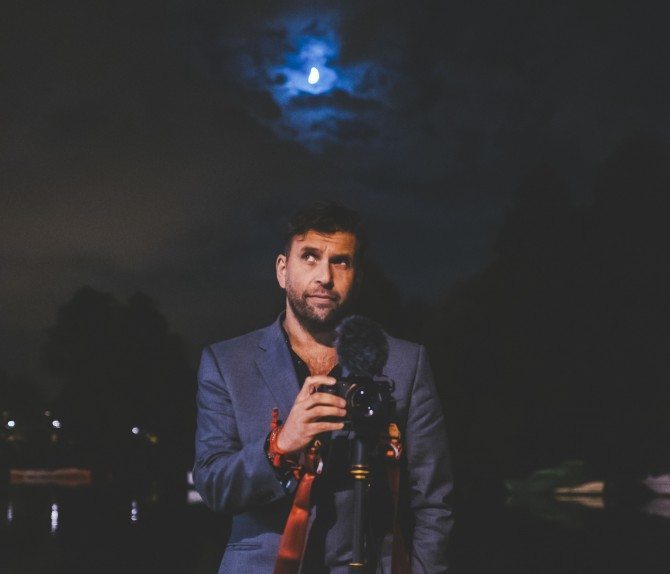 EDIT: SCROLL DOWN TO BOTTOM FOR THE MOVCAM CAGE UPDATE and click below to play my 3 minutes segment on the camera for BBC’s Technology show “CLICK”

Another month, another camera from Sony…this is almost actually not an exaggeration! At least these new cameras tend to excite each time, mostly!

We have just had the FS5 announced at IBC, but what took most people by surprise was the expected-to-be-released-but-sooner-than-expected replacement for the A7S, the not surprisingly named A7S II.

The FS5, which I will do a blog about later once I have used the camera (which I am for the first time tomorrow), is a baby FS7 and looks lovely. It has a few key things missing from the FS7 that will be enormously missed, but it also has quite a lot of improvements…more of that in that blog post though.

So why should we get excited about the A7S II? After all the A7S has barely been out a year! One thing that was really missing from the A7s was internal 4K recording. That has been addressed with the A7S II recording in the familiar XAVC-S 8 bit 100 mbps codec that many other Sony cameras use, including the AX100, RX100 IV, RX10 II and A7R II. Whilst this isn’t a super high bit rate, it’s actually fine for most things, and I have used it a lot on those previously mentioned cameras.

The main party trick that the other two mark II versions of the A7 line have is also in the A7S II: the 5-axis stabilised sensor. Some people have read that phrase and have pictured a floating image akin to what a MOVI or RONIN does. It is not like that at all. What is does is give image stabilisation to every lens you put on. This is marvellous. It’s not perfect and can feel a tiny bit jerky at times, but it opens up handheld low light shooting to glass previously just unusable. In stills mode, its main benefit is letting you shoot at much slower shutter speeds. 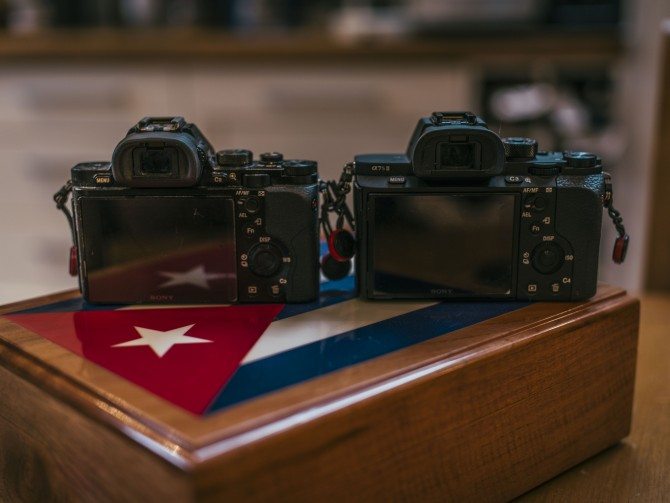 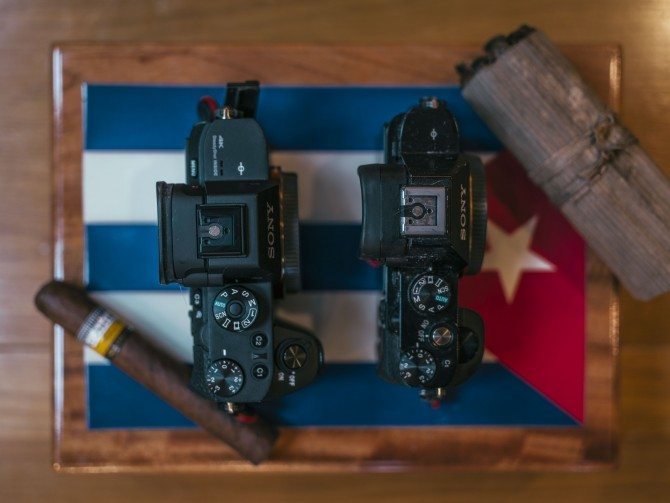 To accommodate this and probably to help with keeping the sensor from overheating in 4K mode, the body is slightly bigger than the the first generation. Some have bemoaned that. Personally, I prefer the new body. It has a better grip, some better placements for some buttons and dials too.

Here are the key improvements/ features in regards to video:

Video record button can now be set to a function button

Super high ISOs no longer have the magenta borders

Here are a couple of native clips for you to download and use for your own personal use. 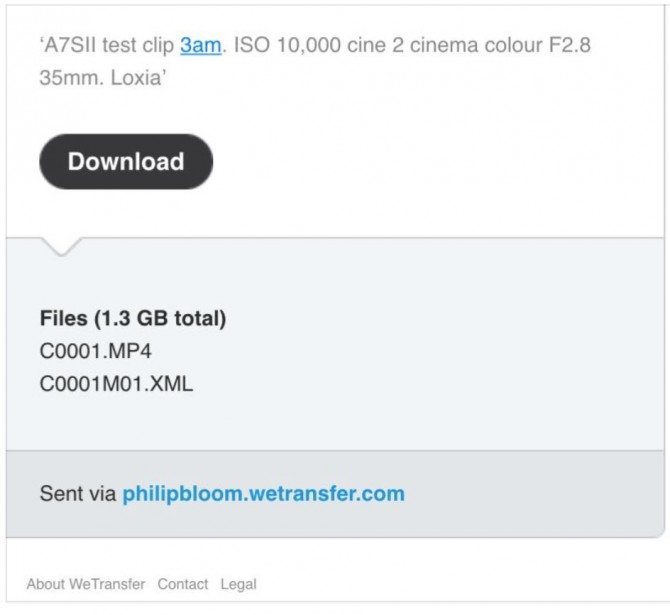 The internal 4K and stabilised sensor are what I have been waiting for – the rest are a bonus. What I found in my limited time with the camera so far is just how much better it seems to be in high ISOs. The A7s is already amazing, but now there is less colour noise, and those really high ISOs don’t have the nasty magenta colour leaks on the edges.

With the release not so long ago of the flagship A7RII, there seems to be a lot of confusion as to what to buy. Well, I have been shooting video and stills with my A7RII since early August and used it a lot on the last 3 episodes of “The Wonder List” and I love it. The video image is superb, I have shot a lot of 4K for the show with it (not that they want or need 4K, I just love shooting in that mode) and image is stunning, especially in Super 35mm mode. In full frame mode it has some minor aliasing / moire, but I never notice it unless I really search hard!

What it doesn’t have that the A7s II has is the amazing low-light sensitivity. The reason why the A7S and A7S II have that is because they have the low megapixels, just 12mp compared to 42mp of the A7RII. Fewer megapixels on the huge sensor means the photosites are bigger and soak up the light much better. Plus there is no down conversion/ line skipping needed. Basically, if you want to shoot video, the A7S II appears to be the clear winner. The only thing in video mode it doesn’t have that the A7RII has is an S35 mode in 4K. It can’t, because it would need to upscale the image to get it to 4K. The A7R II also only does up to 120fps in 720p.

BUT if you want the better stills camera, then you will want the A7RII, probably! You just have to figure out where your priorities lie!

I will be posting a lot more stuff about the camera on my site as I get to know it more. These are just my initials thoughts…very early days, but so far I really love it. I am taking it to Bhutan next week for the next episode of “The Wonder List”, and it will replace my A7RII as low-key hand-held filming camera. I will keep my A7S for the gimbal for now, as I leave it mounted the whole time and HD is all we need for the show anyway!

You can check out some highlights from my Movi/ A7s stuff (and drone footage too) in the montage below. 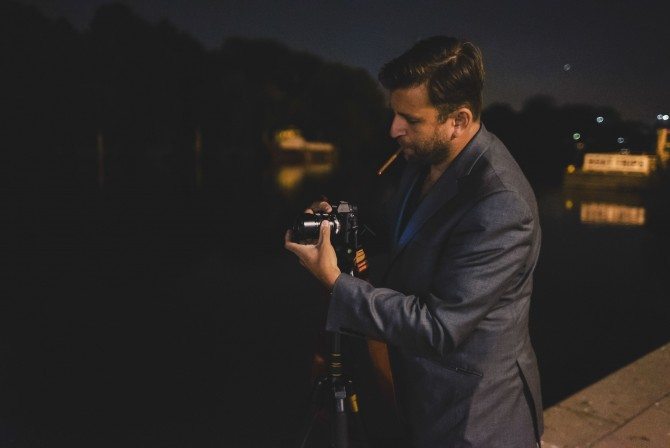 I haven’t shot anything “proper” yet with it, but I have taken it out with me a couple of times. The last time was when I nipped into central London. I filmed my walk back to Waterloo station along the South Bank, all handheld using the Sigma ART 24mm F1.4 with Metabones and 90mm Sony FE Macro. Both wonderful lenses, especially loving this new macro and its wonderful hard stops for focusing!

Picture profile wise, I shot mostly the same as the A7s. Daytime Cine 4 with Cinema colour and night Cine 2 with same colour and detail to -4. But I also did a fair bit of S-LOG 3 to try it out. The minimum ISO is now 1600 instead of the 3200 ISO in S-Log mode. This is a nice bonus. Check out my little edit below. The last two-thirds are ungraded clips and an ungraded version of the edit, which I graded with FilmConvert using their excellent S-Log 2  and Cine 2 presets!

What is really cool is that you can export LUTS of these within the plug-in and load them into your external monitor if they support 3D LUTS . It’s a fantastic feature and one you really should try. They work a treat on my Small HD 502 and 702 monitors as well as my Atomos Shogun. You can get 10% off with the code bloom by clicking the banner below! 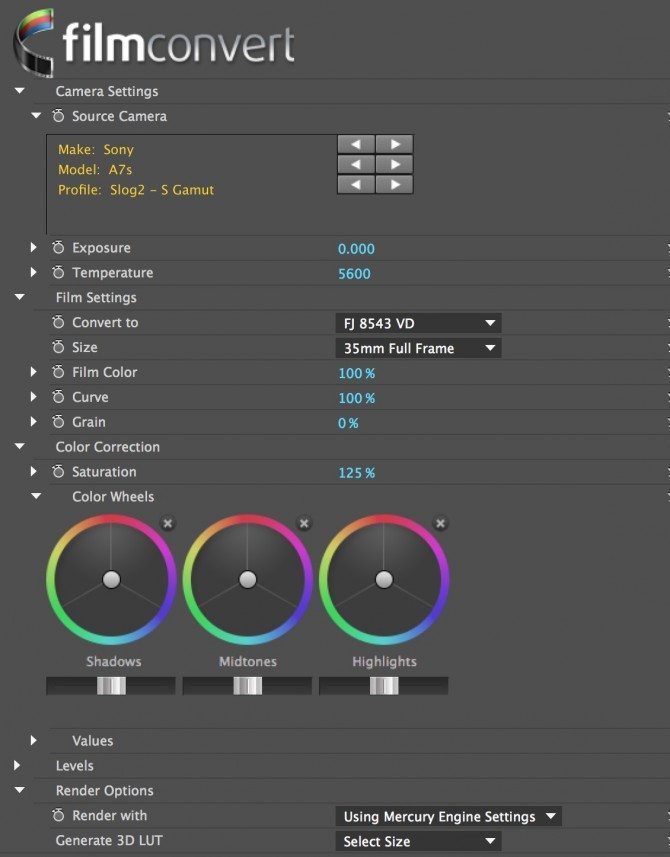 Some of my previous A7s clips are below this edit. Enjoy!

“After Darkness, light” Testing the low light of the Sony A7S II from Philip Bloom Reviews & Tutorials on Vimeo. 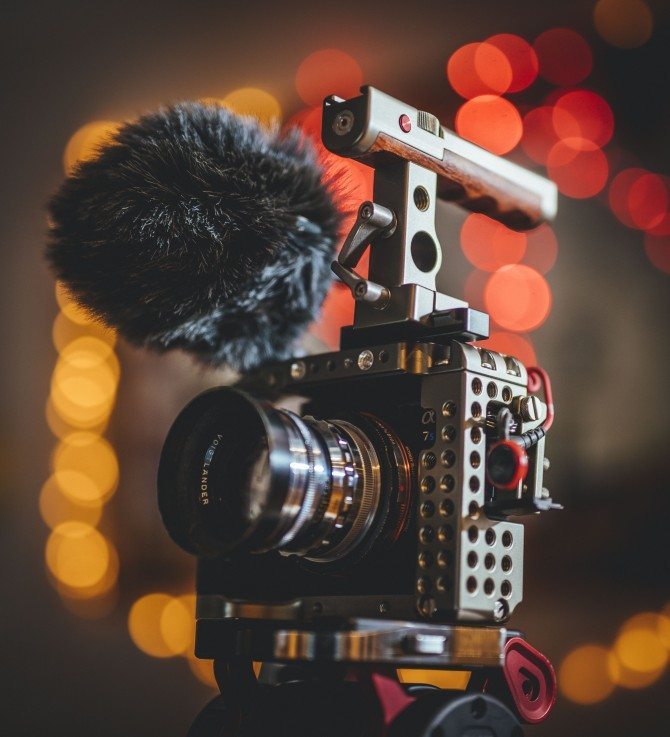 EDIT: Movcam sent me their A7RII/ A7SII cage to check out which arrived today. I have the Varavon Zeuss cage on A7RII which is lovely with it’s large wooden grip and now I have the Movcam cage on my A7SII. It’s almost identical to the A7S one but made to fit the large body. It originally had the same handle as the mark one cage too but I have removed it and put on one of their new handles which can be basically be screwed on anywhere, not just the from like the standard handle so if you use and of the Sony hot shoe audio accessories you can put the handle somewhere where it won’t get in the way. Neat.

The new handle still has the 15mm rod mount so I can still use it to put on my Zacuto Zamerican arm which i use for monitors. 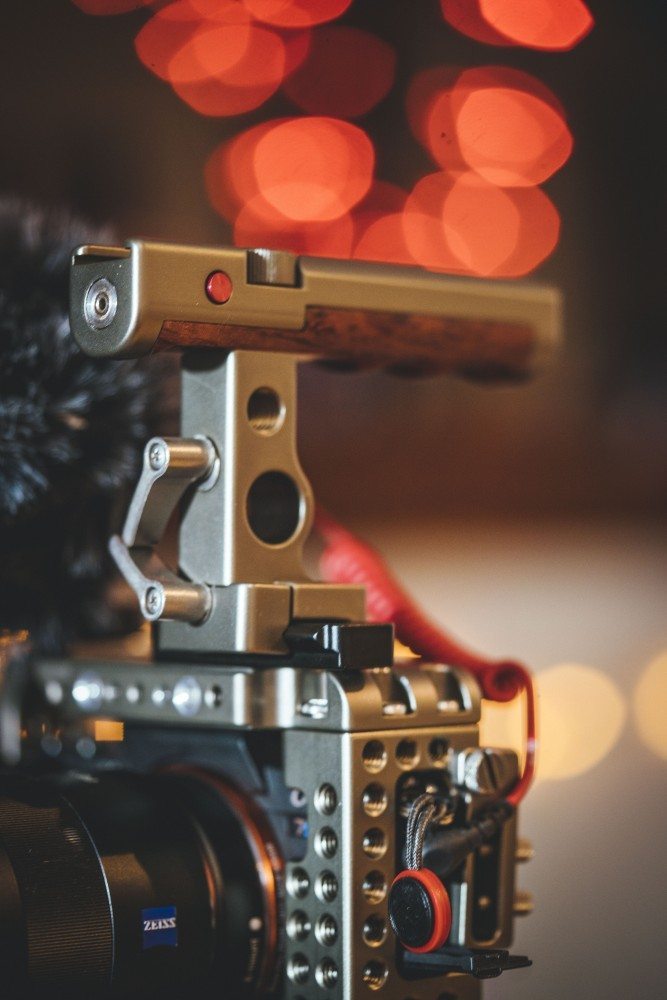 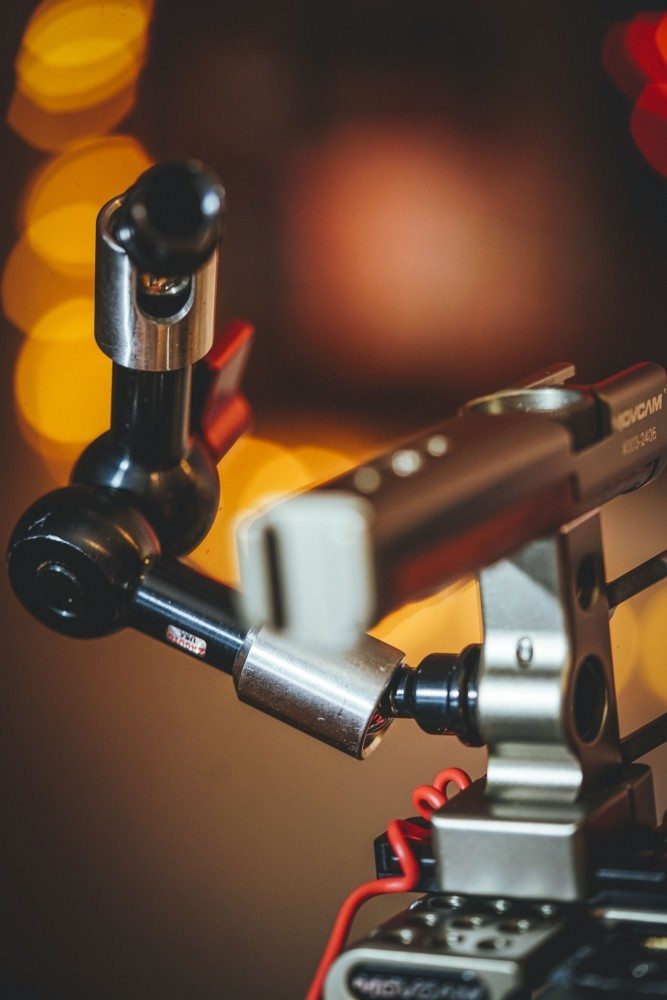 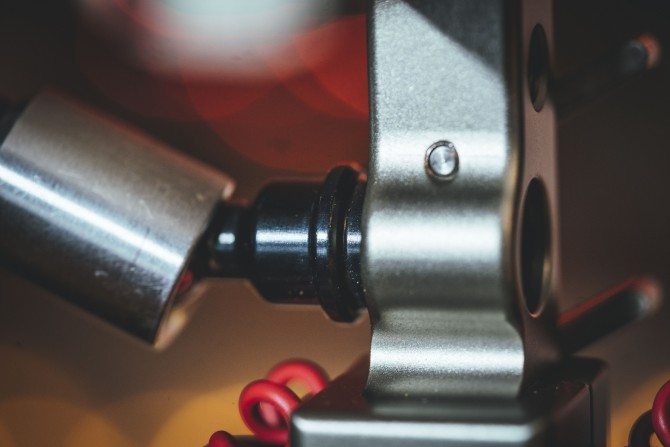 Also I have installed the cineasy touch record button enhancer. It simply make the record button stick out more and is easy to start and stop recording. You can assign the record function to another button if you want but this works well. It does mean you loose the ability to put the strap on the naked camera as it fits over the same place but with the cage here I have moved the Peak design loops for my slider strap onto the top right of the cage which is designed to hold a strap loop.

The Cigar Connoisseur from Philip Bloom on Vimeo.

Now I See from Philip Bloom on Vimeo.