A Focus on Collaboration – Why It’s Important

**Note: I am not an expert — these are just my opinions on collaboration. I will also be focusing on how it relates to film making and will provide some real world examples. Comments are encouraged :)**

Collaboration is the Key to Success

Collaboration is the key to success in virtually every situation. It not only allows you to focus on a specific element of the creative process, but it also brings a fresh set of eyes to a project. In virtually all collaborative projects, new ideas and perspectives lead to something unique. Collaboration also allows you to draw upon a knowledge base that would otherwise be inaccessible by taking advantage of tools and skill sets unique to each individual. Most importantly however, collaboration helps form new relationships, establish new audiences, and in most cases, substantially improve the final product.

One of the best examples of how collaboration was the impetus for success in film making was with the film El Mariachi by Robert Rodriguez. In 1992, this film was produced for $7,000 and was targeted towards the home video audience. However, Columbia Pictures ended up buying the American distribution rights, making it Rodriguez’s break-out hit.

This film would not have been made if it wasn’t for the collaboration of many individuals involved in the project (although almost half the financing came from Rodriguez’s participating in experimental clinical drug testing). For example, actors were forced to also act as crew members and real-life people were used as characters in the film. This example is obviously an extreme form of collaboration but if it wasn’t for collaboration, this film would not have been made.

Collaboration Comes in Many Forms (Here are 3) 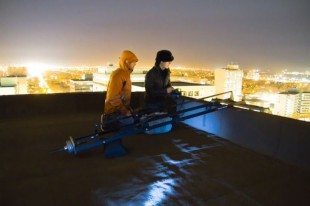 The second and most common form of collaboration are relationships, both working and personal. When starting out, I found it very helpful to collaborate with an adviser/mentor figure. The transfer of knowledge that happens in these relationships are invaluable. Now, I turn to my colleagues for advise/recommendations/constructive criticism. It is absolutely key to have people you can turn to. One thing to keep in mind however, is that you should not forgo your own opinions about your work. Be open-minded and willing to take constructive criticism but also stick to your guns in some situations. A lot of the time it boils down to taste. For example, Eric Kessler likes Dub Step. Philip Bloom doesn’t :). Most of these decisions are based on your client or target audience.

The last form of collaboration that I am going to touch on is collaboration by skill set. Similar to roles, this one focuses on your strengths. When working in a team environment, such as on an indie film set, everyone has a dedicated responsibility on set. However, if someone needs help, you help them. Everyone is working towards a common goal and it is this approach that I prefer in most situations. 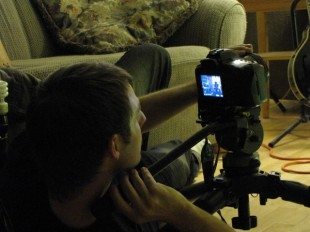 Collaboration is extremely common in virtually every industry. Many workplaces function with multiple departments that work in unison towards a common goal. It is extremely rare to find a single individual in charge of everything (although somewhat commonplace for independent freelancers). It is far more likely and practical for people to build upon their strengths and focus on developing your skill set.

Collaboration is extremely important for start up businesses (freelancers). This can come in many forms. In many situations, I find that I play many roles in a production and am able to comfortably produce, shoot, edit, and write but I also know that a project is MUCH stronger when I bring on a team to help. In situations when I am doing it all myself, I make sure to ask colleagues their opinions before sending to a client. That extra set of eyes is key. Another way in which you can collaborate is by sharing resources (equipment). One of the biggest obstacles for film makers starting out is the ability to afford new gear. When I started out, and even now, I borrow equipment as much as possible as it keeps the overhead costs low.

Building upon the role approach, by working with a team you are able to focus on a specific aspect of the production. Instead of having to worry about every element of production, when you collaborate, you are able to rely on others to perform tasks that you otherwise would have had to take care of. This allows you to focus on what you are good at.

There is always a new way to approach a situation and it is really hard to become a master in a specific field, especially when technology is involved. However, when you are able to focus your energy in one area, you have a much better chance of pushing your creative boundaries. In my short time with film making, I have found that I was only able to push my abilities so far without the help of others. The second I started to incorporate the advice and skill set of others, my quality of work improved drastically. 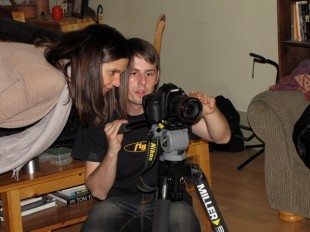 No matter the scale of production, I always try something new — be it a new editing or story-telling technique. It is critical that when you are producing a film that you try and push boundaries and try things in new ways. By bringing on other people to collaborate, you are also introducing unique perspectives and this is key. You are able to draw upon pieces of each others vision to create a cohesive idea — introducing a new idea and a new way of looking at something. This happens many times on larger scale productions.

Collaboration also forces you to accept other people’s viewpoints and perspectives. I come from an indie background and have a specific way/style in which I like to do things. When you collaborate, you are taken out of your comfort zone and encouraged to see things in a new way — which is super important because the people you are collaborating with are as much your audience as is everyone else! However, you MUST be open to their ideas and be willing to move outside your comfort zones — and also forced to grow thick skin.

When working with others, you are exposed to things you may never see or hear and the more you collaborate, the more diverse your work will become. One such example is music selection. Recently, I produced a video with music I felt fit the mood of the piece perfectly. However, a friend of mine recommended a completely different piece of music that ended up evoking a completely different emotion that actually fit the piece much better then what I had picked. The piece would not of been as good as it was if I wasn’t willing to try new things. 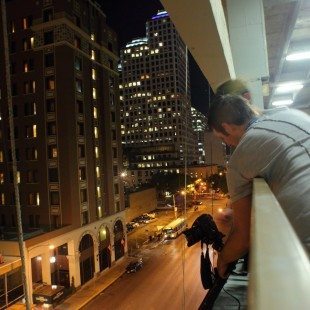 Forming new relationships opens up opportunities you otherwise would not have had access to. Everyone has a set of contacts and a pool of talent they draw upon. If you are able to gain access to this list by simply providing something in return, you are only increasing your chances of success. It’s about give and take — just like in any relationship.

For me, one of the biggest driving forces for collaboration has been the way in which new audiences are established. Normally when I produce a film, I only have access to the people who are following my work. However, when you collaborate with others, you have now gained access to the collaborators audience as well via social media and other avenues. If this doesn’t drive someone to collaborate then I don’t know what will ;).

Although just a brief look at why collaboration is key, it is easy to see it’s importance. By collaborating with others, you are able to draw upon a wealth of knowledge from people with completely different life experiences. It opens up opportunities you otherwise would not have had. Most importantly however, it helps generate a new vision, new audiences, and new relationships.

For this film, I collaborated with four other artists/musicians (Karrnnel, Louis-Charles Vigneau, Daniel Koulack, & Amy Matysio). We wanted to capture a live jam session. In relation to our collaborative model, we took the skill set approach — focusing on everyone’s strengths but also helping each other in areas that weren’t covered. We only had an hour and a half to set everything up and film the project so we were all forced to pitch in and help. When it came to editing, I edited it all together, relying on the artists to make note of sections that had instruments out of sync as the final recording was not the same as what they were playing live. Amy, who acted as the creative director and co-producer/co-director, set the tone/grading for the piece.

This project was filmed over a week and a half and I wanted to encompass as many filmmakers in it as time would allow. It was filmed in Regina, Saskatchewan & Ausin, Texas. In regards to the approach, I based it off of all the above forms of collaboration (roles, relationships & skill set). Everyone involved helped at various stages of the video. First, they helped shoot it (roles) — focusing on their skills as a shooter, and then they gave feedback on the film once it was edited (building on both the relationship and skill set approach).