A Film A Day For A Year – By Preston Kanak 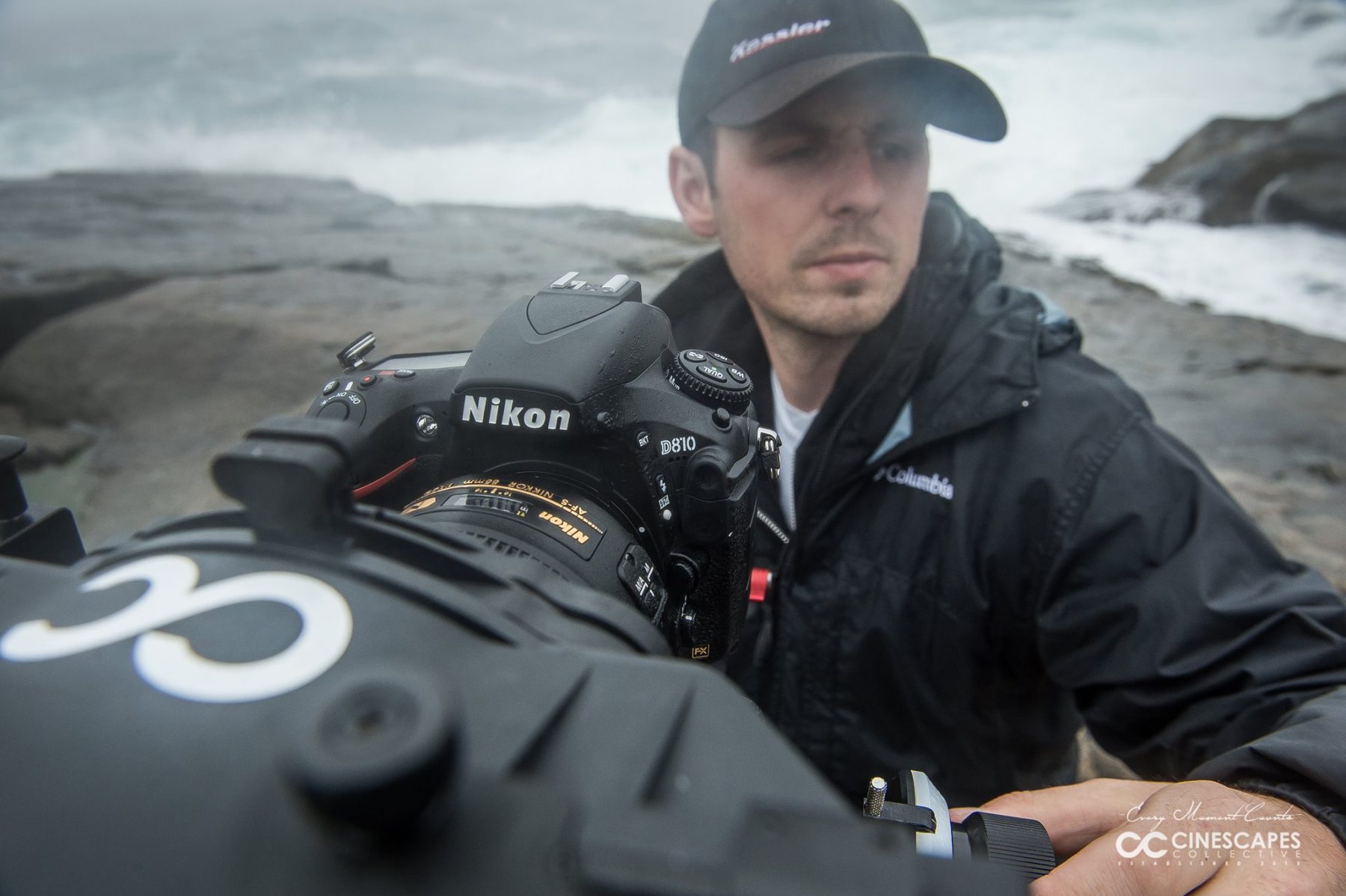 When I first picked up a camera, the furthest thing from my mind was using it to make a living, let alone a film a day. I didn’t pick up my first (Sony Hi8) camera until 1999. 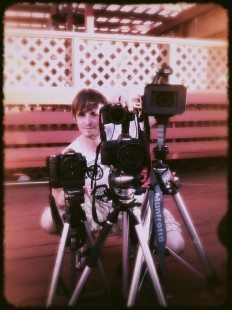 Before getting involved in filmmaking, I was going to school to be an optometrist. (I think this decision was strictly based on the fact that I was colour blind). Go figure! I distinctly remember the moment I decided to make the switch from optometry to filmmaking. Any free time I had outside of school, I was creating some form of visual art – whether it be a photo, a painting, or a drawing. I remember visiting my cousin’s advertising company and thinking, is it really possible to make a COMFORTABLE living making art? He definitely proved that for me.

Well, the short of the story is that I actually stumbled upon it unexpectedly. My parents instilled the need in me to get a degree so I applied for a transfer to two local art colleges, one that was 6 hrs from where I grew up and the other only 2 hrs away. I choose the later. Little did I know that the Media Production & Studies Program was actually a film program…

Like many young filmmakers, I turned to the Internet to learn as much as I could about filmmaking. It was right around the time when 35mm adapters were the rave and inevitably, I stumbled upon PHILIPBLOOM.NET. Philip’s site soon became my first source for information. I was fascinated by the work being produced by Philip and others using the adapters, including Tom Guilmette. I soon purchased my first HD camera, the Panasonic HVX200 with the Letus35 Extreme and began shooting every chance I had – usually at least an hour a day.

I met Philip through twitter. I remember struggling with time-lapses and asking Philip for help. Without hesitation, he willingly helped in any way he could – which blew my mind as I am sure he answered the same questions a million times for different people.

When thinking of how I got the opportunity to work with Philip, all I come up with is that it was purely luck. Philip posted an internship opportunity in Idaho through twitter. Living in Saskatchewan, Canada, I jumped at the opportunity to apply. To my amazement, he asked if I wanted to come out and play. I said, ‘yes please :)!’

I wasn’t sure what to expect from the internship. What I left with was more than I could have ever imagined. Philip’s depth and breadth of knowledge was/is amazing. However, what separates him from the lot is his willingness to share his knowledge. This willingness is what made the experience far more helpful and inspirational than all other previous experiences with filmmaking. In relation to my film a day project, it is very easy to see the dramatic shift in the films following the internship.

THE PROJECT – 3 MINUTE SHORTS – A FILM A DAY

Before embarking on producing and posting a short film everyday for a year, I came across a book by Malcolm Gladwell titled, “Outliers”, which mentions many times throughout the book a concept known as the 10,000 HOUR RULE. 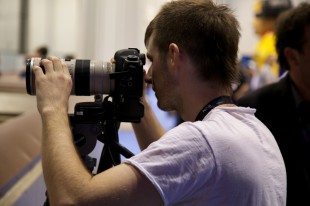 The 10,000 HOUR RULE was derived from a study by Anders Ericsson, a psychologist who researched the success of violinists at the Berlin Academy of Music. In his study, he found that in every case, the violinists that performed the best were the violinists that spent more time practicing.

“Outliers”, further describes how the magic number of 10,000 hours was the average number of hours the violinists as well as athletes, composers, writers, artists, even criminals spent to achieve their success.

After reading the book, I didn’t immediately start the project. I spent about one year prior to creating 3 Minute Shorts filming shorts off and on, averaging about 15 shorts a month but never felt confident posting the work I was doing. I felt it wasn’t ‘good enough’.

Producing and posting a short everyday is a lot of work. Much more than I could have ever imagined. At the start of the project, I was putting in at least 5 hours a day from conception to completion per film, not including the development of the website or maintenance. The hardest part about the project was maintaining my day job as a full time web/multimedia developer. If it weren’t for the flexibility of my job, I would not have accomplished the project.

For the first few months, pure dedication and drive kept me going but at about the three-month mark I was really struggling. I wanted to give up. However, at about the five-month mark, filmmaking became part of who I was. Without the support of family and friends, I would not have accomplished the project, nor would I still be creating a film a day. There were some days that I would produce two films and others when I wouldn’t produce any. However, in the end I was able to produce 365 films in 375 days.

Would I recommend a film a day to others? The only way to become a better filmmaker is by filming as much as you can. The more films you make, the better you will get. However, if you plan to undertake such a project, there are a few things you need to keep in mind. I have created a list of things to consider before embarking on a film a day.

HOW TO BE SUCCESSFUL WHEN EMBARKING ON THE 10,000-HOUR RULE 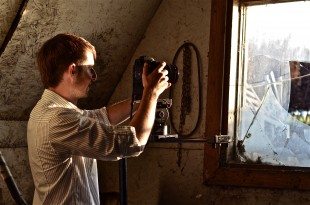 CAREFUL SELECTION: The most important aspect of using the 10,000-hour rule is finding your passion. Discover what it is you love. Can you see yourself doing the activity for an extended period of time?

TIME SPAN REFERENCE: 10,000 hours is about 3 hours a day over a 10-year period. Spending this kind of time on your passion will not feel like work nor will it feel like 10 years.

FLEXIBILITY: Make adjustments to your 10,000-HOUR SCHEDULE, if you are working part time, try putting in 4 or 5 hours a day. Add additional hours on the weekend or any other time you have off.

ADAPTABILITY: The key to being successful is the ability to adapt to your surroundings. It won’t be easy and you will want to quit. Ensure that you have a support system in place to help you when you want to quit. Involve your friends and family in your project because there will be times when you will need that little push.

FINANCIAL SUPPORT: If you plan on producing and posting a short a day, financial support is key. If it wasn’t for my parents, my full-time job, and freelancing, I would not have been able to complete the project.

FOCUS: Ensure you stay on task and are maintaining a level of consistency in the work you produce. This does not necessarily mean embarking on similar projects; rather focus on how this will help you grow. Collaboration is key to ensuring you are successful when attempting the 10,000-HOUR REGIMENT.

I am not completely sure what to expect as assistant editor for PB.net. One of my biggest hopes is that I am able to provide a unique perspective as a young filmmaker. I am sure my role will adapt and change with time and I am sure I will see a few bumps along the way. My biggest hope however, is that I am able to provide other filmmakers with the knowledge and perspectives I have gained from shooting a film a day.