A drastic solution to increasing sharpness with the 5DmkIII…

My assistant on many of my shoots and a great cameraman in his own right, James Miller, has taken drastic measures to increase the disappointing sharpness results that he has found with his new Canon 5d mk3. I have sharpened in post with dramatic improvements, and I am much happier now I can see the mk3 footage sing…is this a better solution? No…it invalidates your warranty and is rather tricky but its results are fascinating…just not for me! I STRONGLY do not advocate doing this! I would call this Magic Lantern for the mk3 without the magic! 🙂

Popped down to Brighton, on the UK’s South coast today to shoot some footage with the 5DMK3. This camera has had one of the 2 OLPF removed.

Graded footage, no sharpening in camera or in post.
The images & stills from today suffered from heat rising on the ground and gives a shimmer, this is not aliasing.

Can’t remember how the pre mod looked now so you will have to judge.

Here is James with more:

Well it’s a little crazy really, opening up a brand new camera and ripping the insides out, but this is something I was wondering about for a while now. Going all the way back to when the Canon 5DMK2 came into production. But with the MK2 due to the way video image was created, line skipping etc, removal of the OPLF (Optical Low Pass Filter) or Anti Alias filter was a pointless exercise, well at least on the video front.

Some photographers prefer cameras without these filters or a camera that counter-acts the filters like the Nikon D800E. This has always led me to pixel peep various cameras over the years.

The filters are there to stop the high frequency detail reaching the sensor and making it, in the end, produce aliasing artefacts, that also cause the dreaded moire.
There are horizontal and vertical filters on the Canon together with an IR cut filter (that aqua colour one). They are made from lithium niobate and crystalline quartz and come in different thickness and layers depending on the application.

One US company that will remove or replace these filters is: MAXMAX  http://www.maxmax.com

I knew that the sensor had gapless microlenses and did not suffer from the same line skipping of the older MK2, so after the initial disappointment of the softer than expected image I set about this daunting task. 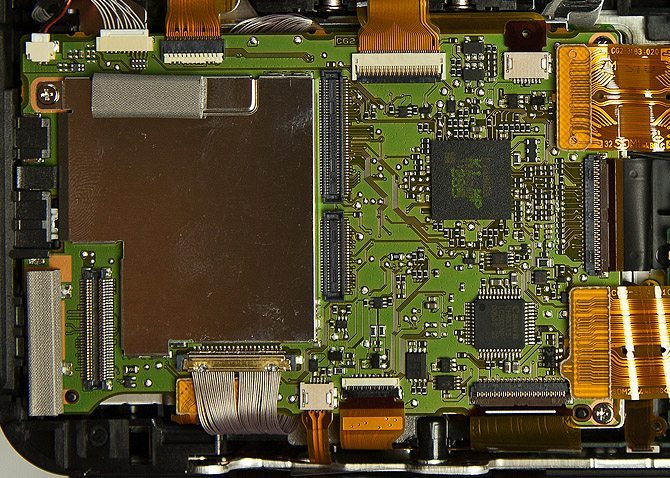 Once removed, a small metal plate is all that is stopping you from accessing the sensor mount.

The sensor mount is a 3 point, sprung and screwed in aid to level the sensor flange distance. Removing three screws will release the sensor assembly from the body. Then I uncoupled the filter from its clip over mount from the sensor. The filter is also the anti dust system that vibrates when you turn the camera off, this will no longer function.

You really need to replace the OLPF with a piece of optical glass of the same thickness to maintain the optical balanced path. As I did not have a replacement piece of glass, for now I screwed down the sensor to its smallest flange distance to try and achieve infinity focus.

So if this all didn’t work out and the image was an aliasing mess, I would put it all back together, probably with the help of a Canon engineer. I figured that a shutter assembly service/ replace would have to remove the sensor so to recalibrate the flange distance can’t be any more cost than this.

Draw backs, If you don’t get the sensor inline and level set your image may suffer. This may result in poor AF performance, however the micro focus adjustment in the camera on Canon lenses really helps here. Dust, there is no self cleaning after the removal.

What is the aliasing like now? Well I was prepared for a terrible mess, but I was really happy with the first few tests. I can’t really hardly spot any problems of Aliasing and thus Moire. And also I think the RAW still images have benefited from this also.

I need to test more, and advice would be not to touch your lovely new Canon, as it will invalidate the warranty. But if you are feeling brave I would suggest contacting a company like MAXMAX who will advise you.

I have stripped the camera again to adjust the back focus, shame you have to take the main circuit board all the way to get to just one of the adjustment screws. That makes this the 4th time I have had to remove those wires!!

The camera is now fully back together instead of bits of gaffer tape. I can now get infinity focus a result, as I though I would need an additional piece of glass to maintain the focus.

Even the AF seems to function, I’ll test that later.

Off out to shoot now. I’ll post some more video later.